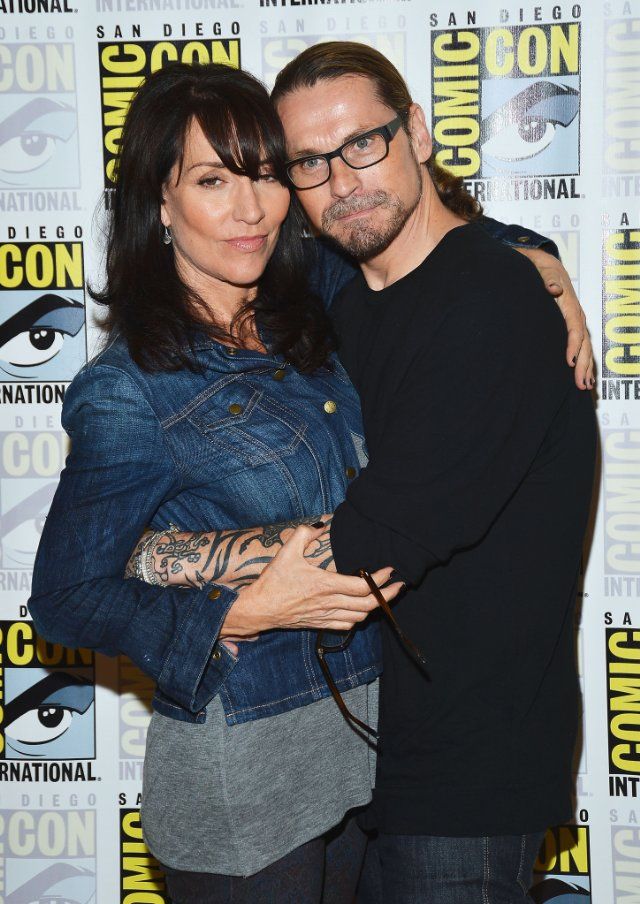 ‘Sons of Anarchy‘ may have run it’s course after seven seasons but the world created around the Sons of Anarchy Motorcycle Club Redwood Original will go on. The Sons aren’t making a great come-back, but it will be one of the rival gangs coming back to life in the spinoff creator, writer and all-around genius Kurt Sutter has been working on in the nine months since SOA wrapped.

This time around Sutter will focus on the Mayans Motorcycle Club, a rival gang, but they developed a joint business venture that brought the two gangs on the same side of many issues. The Mayans leader Marcus Alvarez was played by Sutter favorite Emilio Rivera (‘The Shield‘) and of course, Sutter isn’t giving us any details whether or not plans are in place for his return or not.

Since wrapping Sons, Sutter has been incredibly busy working up ‘The Bastard Executioner‘, a 14th century-based drama premiering in 2 weeks on September 15th on FX. Besides, writing, acting, producing in TBE, he wrote the Jake Gyllenhaal vehicle ‘Southpaw‘ and now working up the Mayans spinoff. Sutter’s got a devoted fan-base that will inhale a Sons spinoff and I am among that number. I’m already excited as hell for the Bastard Executioner series which brings a few Sons actors back, among them, his wife, Katey Sagal.