Here’s the trailer for ‘Bite’, The Film That’s Causing People to Faint and Vomit in Theaters!!! 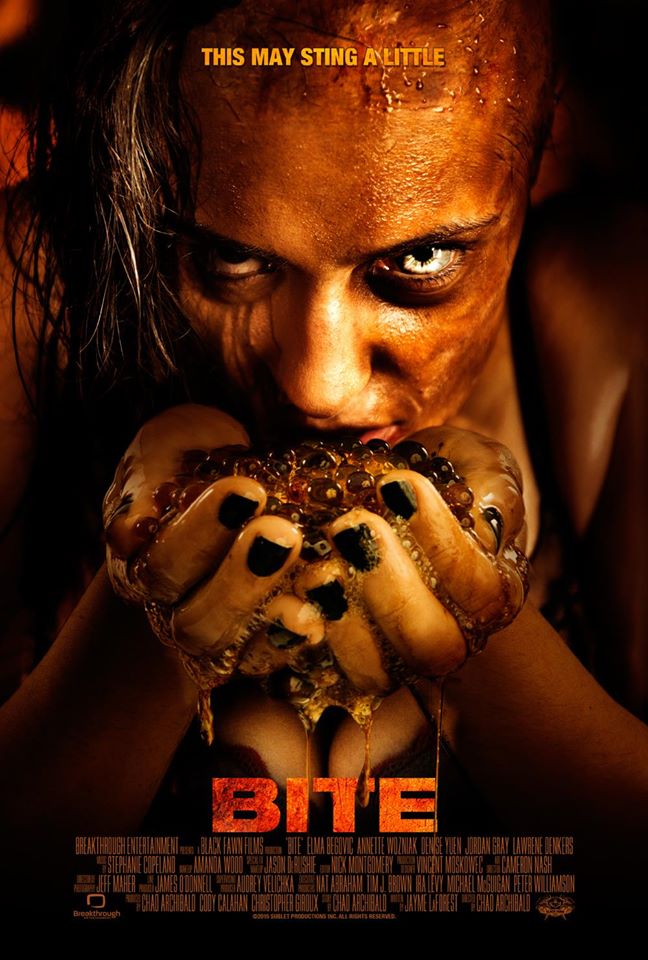 What do you get when you take ‘The Fly‘, heap a ton of new technology on top, and finish it off with massive amounts of life-changing fluids?  You get the movie’Bite‘, which is supposedly a movie so gross and awesome, it’s making people puke and pass out in the theaters. 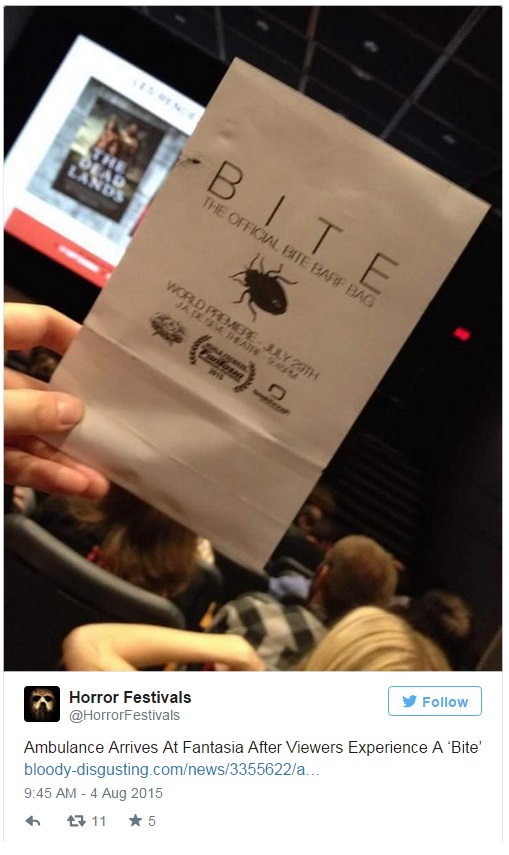 The film was shown at Montreal’s Fantasia International Film Festival and maybe some of those in attendance should have taken it seriously when novelty barf bags were given out as they filed into the theater. During the viewing, there was plenty of disgust, from Chad Archibald’s directing prowess, resulting in the need of the bags for those of the queasy stomached and with a few film-goers passing out, ambulances were called to the scene. Even without any other information, I have to see this movie right now! For the rest of you, here’s a little more info and a trailer. Watch it if you dare.

While on her bachelorette party getaway, Casey, the bride to be, gets a seemingly harmless bite from an unknown insect. After returning home with cold feet, Casey tries to call off her wedding but before she’s able to, she starts exhibiting insect like traits. Between her physical transformation and her wedding anxiety, Casey succumbs to her new instincts and begins creating a hive that not only houses her translucent eggs, but feeds on the flesh of others. As her transformation becomes complete, Casey discovers that everything can change with a single bite.