Ryan Murphy sat as King of a mega panel Sunday as he doled out, in tiny increments what little bit of info he wanted us to have about his series ‘AHS: Hotel‘. Murphy is infamous for keeping his cards close to the vest and not letting much info out until he’s ready to debut his work, so this is a huge scoop regarding a highly anticipated series that is not yet ready for public consumption. 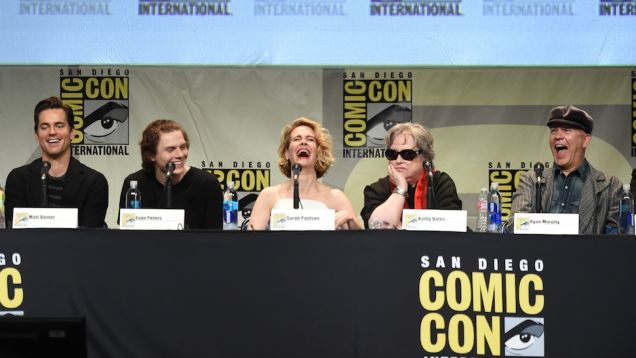 We also have a teaser, and I mean that in as literal of a sense as it can be taken, we have a 10-second clip that gives us our first “glimpse” isn’t really the right word even, for what we see of Lady Gaga on ‘American Horror Story: Hotel‘.

One of the details Murphy let out of the bag is that everyone on AHS, including Gaga is a bad guy. He related that Gaga specifically requested to be evil to which he was pleased to arrange. Not only is she evil but the creator shared that working with someone like her is a larger than life experience and part of her role involves fashion. The designers have been having a grand time putting together looks for her. 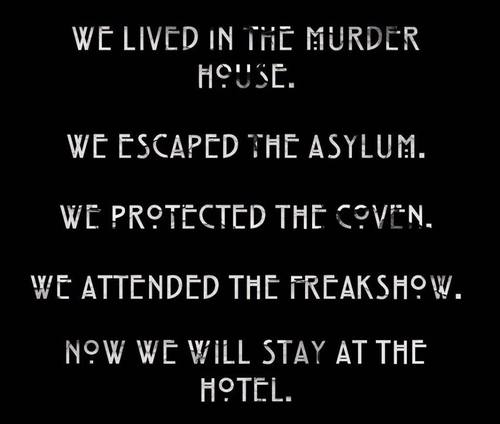 Another nugget Murphy shared with the crowd is “Things are connected. This season, you’ll see more and more and more of that. Characters from previous seasons will come check into the hotel.” A few of the actors were able to reveal their character names as well. Matt Bomer will play Donovan, Evan Peters is Mr. March and Sarah Paulson revealed she is Hypodermic Sally and Kathy Bates is Iris. Bates also answered a fan’s question asking who their favorite superheroes were, the legend asked “Matt, what’s the name of that Armenian guy who did that dance” referring to Joe Manganiello’s body work in the convenience store and added that on her death bed, she wants him to dance for her.