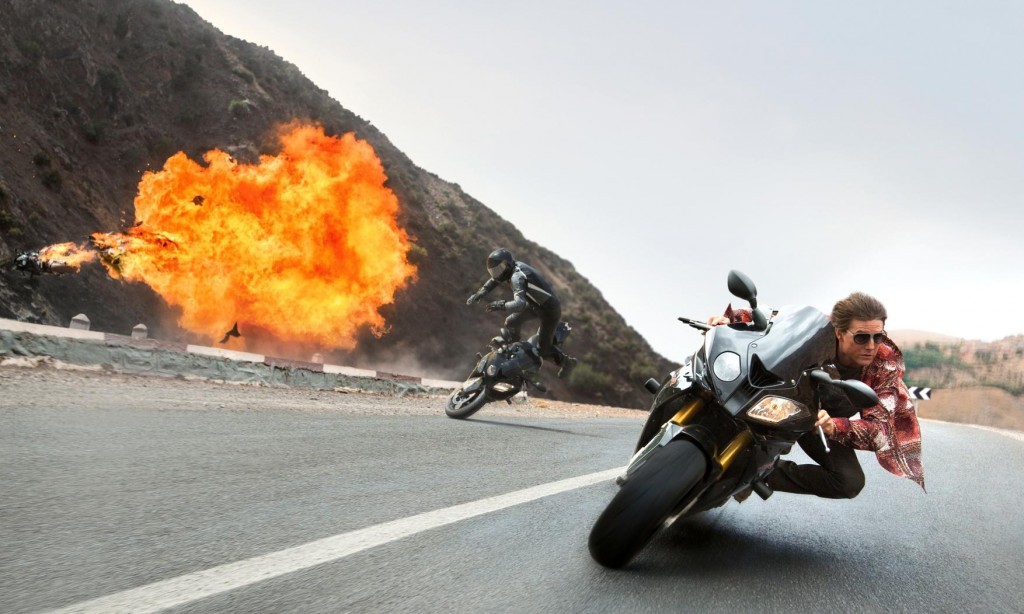 A couple of years later from ‘Mission: Impossible – Ghost Protocol‘, we have Ethan Hunt (Tom Cruise) and his team, consisting of Benji (Simon Pegg), William (Jeremy Renner), and Luther (Ving Rhames) on a mission to acquire a certain dangerous cargo that is about to take off in a military airplane. I’m sure you’ve seen the trailers by now to know that Tom Cruise did indeed do his own stunts again, including actually hanging off the edge of airplane as it took off high in the sky. This is the opening scene to ‘Rogue Nation‘, the fifth film in the ‘Mission Impossible‘ franchise that ignites the bomb and iconic theme song.

As the case with each film, there is a new director and writer this time out, which is Christopher McQuarrie (‘Jack Reacher‘, ‘The Usual Suspects‘, ‘The Way of the Gun‘, ‘Edge of Tomorrow‘). McQuarrie is a very talented man, and he brought his unique sense of dark humor and wit to this fifth installment. I might just have to say this is the most fun I’ve had with a ‘Mission Impossible‘ film, and that’s saying a lot, because I really enjoyed the last two. McQuarrie’s script is smart and energetic from start to finish, barely leaving you room to breathe, but also adding a good bit of character development for the new characters. 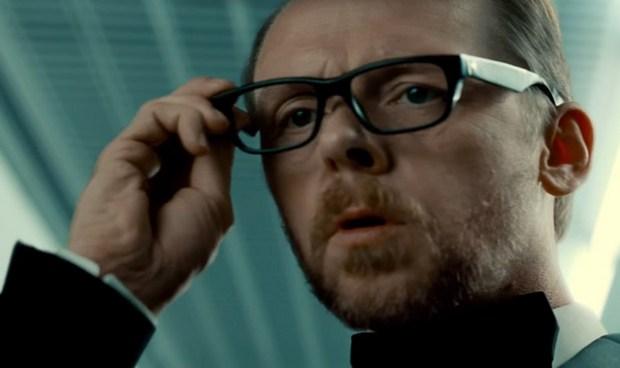 In an early scene we see William (Renner) sitting alongside Director of the CIA William Hunley (Alec Baldwin) in front of a panel of people, as Hunley explains to them his theory that the secretive “Mission Impossible” unit is responsible for tons of damage and destruction all over the world, and that Ethan Hunt and his team need to be brought to justice and serve time in prison, but most of all, the unit needs to be shut down. It’s a hell of a way to start of this fifth film, as now the US government is now after Ethan as well.

Soon after that, Ethan enters an awesome record store that sells amazing jazz and blues albums, only to enter a “listening room” and get his next assignment, only to be gassed and see his secretary shot by a creepy tall man named Solomon Lane (Sean Harris from ‘71‘). Ethan wakes up in a cruddy sewage basement of sorts to be tortured and beaten up by some rough looking me, although a woman named Ilsa (Rebecca Ferguson) seems to help him out. Once he escapes, he puts two and two together and realizes there is a secret “syndicate” that nobody believes is out there. This syndicate, possibly headed up by Solomon Lane is trying to destroy and kill most of Earth’s population, and now Ethan and his team must try and stop this from happening, as well as steer clear from the US government, hence the Rogue title.

There is no shortage of action here and even though the film is rated PG-13, it feels like a soft ‘R’. The fight choreography is amazing, as every hit, punch, or kick is loud and robust, you really feel like it’s happening to you. The chase scenes are equally incredible here and puts you in the center of the highly suspenseful maneuvers on the motorcycles and cars. I was definitely on the edge of my seat. Everyone turns in a solid performance here as usual, but this is Simon Pegg’s movie to shine, and delivers the emotional goods here, just like he does with every film he’s in.

Rebecca Ferguson is a much welcome newcomer as well, and I hope to see her in future installments, and then there is Alec Baldwin, who of course is great in each scene-stealing segment, right up to the very end. ‘Mission: Impossible – Rogue Nation‘ comes in at about 130 minutes, but it feels like only 60, due to the quick pace and energetic action pieces. Even a long scene during an opera in Vienna that is filmed perfectly seems to go by super fast. I have no doubt you’ll have an excellent time with ‘Rogue Nation’, I know I sure did.