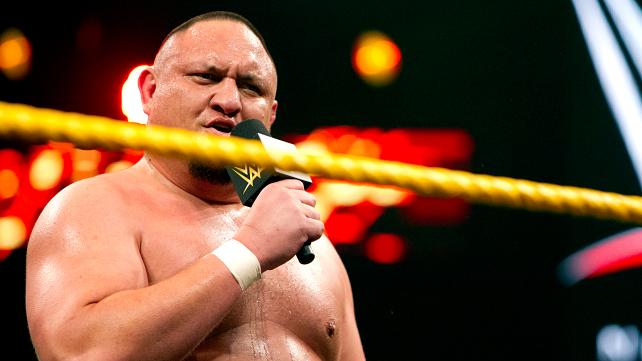 Once again, WWE’s NXT proved that it was the show to watch on Wednesday nights as it exploded its way across the WWE Network (FREE for new subscribers in the month of June!!) the NXT Universe got to witness the return of the Long Island Browski, two awesome Women’s matches, Tyler Breeze use cardio as an advantage, and most importantly, the DEBUT of Samoa Joe in singles competition! How could you miss it? Well if you did, no worries. Find out now what happened! 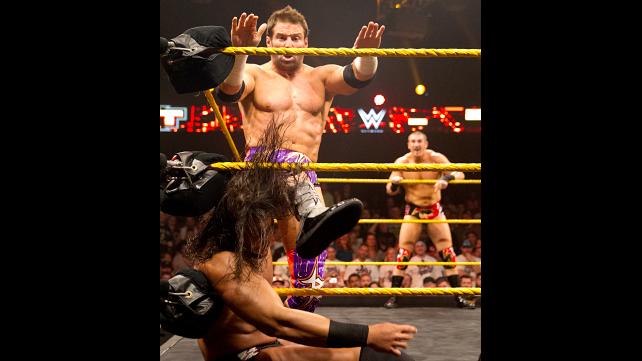 Mojo Rawley returned to NT action after being months away due to injury. And the Hyped one was still just as hyped as he was before his time away. He teamed with Zack Ryder to take on the duo of Elias Samson and Mike Rallis. The match was mostly even but the advantage was on the side of Ryder and Rawley as they took the fight directly to the other two men. However, Elias and Mike did get in some decent offense on Zack and almost looked as if they could ride the momentum into a victory. But the amped up Mojo shut that nonsense down and he and Ryder picked up the victory with a spinebuster/Rough Rider combination.

As an opening match it was a pretty straight forward fun match. The biggest high light was the combination move from Zack and Mojo at the end. They do make a good team and I will say that it is fun to see the Internet Champion on the tellie in one form or another. Mojo has an energy that is a bit infectious. I gotta admit, I giggled when the commentators said that he made coffee look like a sleep aid. They were not exaggerating. Rawley is positively VIBRATING with his energy. As for Mike Rallis and Elias Samson… Well I have yet to be really impressed by them. They are decent in the ring, but they seem to lack that certain something that attracts my attention and I find it difficult to care about them in a match. To put it bluntly, they bore me. But I do recognize that they have some talent in the ring. They just don’t seem to have something that sets them apart from the multitude of OTHER talented guys in the ring. If they want to make it, they need to step up their game. 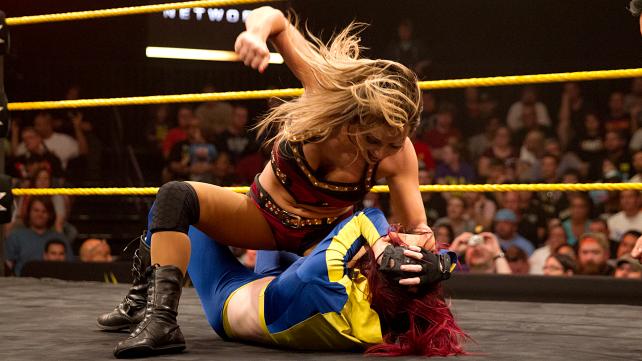 Evil Emma takes the fight to Blue Pants! This match was a lot of fun. I gotta say I am totally digging the new Emma. This match allowed the Aussie to demonstrate her new aggression. She dominated the wrestler simply known as Blue Pants. But she allowed herself to get a bit cocky and Blue Pants took advantage and rallied back briefly scoring a few pin attempts and a few cool moves. But in the end Emma took back control, pummeled the Blue one and locked in the Emma Lock to gain victory over Blue Pants.

This match was but a stepping stone for Emma. She has come back to NXT with a vengeance. Things on the main roster didn’t quite work out and now she is able to vent her frustrations in a venue that allows her to really express herself. One almost feels sorry for who ever Emma sets her sights on because you know it will not end well for them. Definitely looking forward to what Evil Emma has for us next. Blue Pants had a good showing as well. While she never really stood a chance against the Aussie wrestler, she did mount a decent come back for a short time. And hey, on a completely different note, how cool is Bluey’s entrance? Gotta love Cass singing-ish. 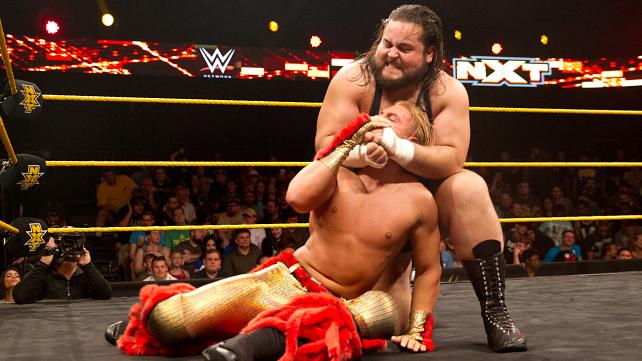 So this match began well enough. Tyler began strong but was quickly over powered by the size and strength that Bull had over him. And while he took the beating, he rolled from the ring before the Wrecking Ball of NXT could land a flying head butt. Once outside the ring, the King of Cuteville proved that he is more than just a pretty face as he led Dempsey on a merry little chase around the ring winding the larger man. Breeze took advantage of this lack of cardio prowess and lapped Bull. He then attacked him and picked up the win with a supermodel kick.

Didn’t think two competitors could be so mismatched in the ring. While it was comical to see Dempsey beaten by cardio, I can’t help but feel like this match was a bit of a waste of time. Guess I get to continue watching to see how this is going to play out. 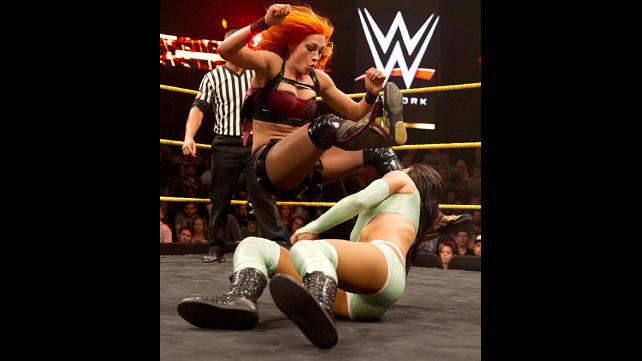 The return of Becky Lynch to NXT competition was highly anticipated and the NXT Universe was rewarded as she faced off against Jessie McKay. The two women battled it out in a back and forth competition and Jessie concentrated her offense on Becky’s arm. But the Irish lass came out on top after landing a huge slam and then locking in her patented Arm Bar to pick up the submission victory.

Such a fun match. It was good to see a match against a new comer that wasn’t a steam roll match. Becky was given a run for her money against this Australian lady. I look forward to seeing what else Jessie can do in the future and this win gives Becky some much needed momentum if she expects to face Sasha Banks for the NXT Women’s title again.

While this match lasted longer than most matches involving Baron Corbin, it was still a steam roll more or less. Sure Angelo attempted to use his collegate wrestling skills to take Baron down, but it was a futile gesture as the Lone wolf of NXT over powered his opponent and ended the match with the End of Days.

Uh… LOLBaronWins? I was underwhelmed by this match. In fact it nearly put me to sleep. I am not used to seeing this caliber match on NXT. Perhaps the bar is set a bit high when it comes to NXT but with good reason. This si the future of the industry after all. This match lacked fire and passion. 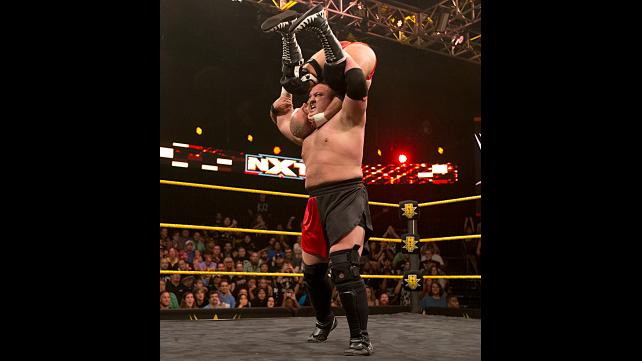 If the NXT Universe needed to be introduced or reminded of the power of Samoa Joe, this match delivered. One almost felt sorry for Scott Dawson. He stood no chance and mounted very little offense. It is a no brainer that Joe picked up the victory. But the move he used was beautiful. Love the Muscle Buster.

But the real story is what happened after the match. Kevin Owens sat on commentary during the match and after it ended he rose to leave. Joe called him back and challenged him. Kevin declined stating that Joe had not earned a shot at the title and would not be getting one any time soon. This brought out William Regal who agreed with Kevin that Joe had not yet earned a shot at the title. However, he had earned a fight. So next week it is going to be Kevin Owens vs Samoa Joe in a non title match!

How exciting is this? Two of the most dominant men and deceptively athletic men (Dad Bod any one?) in the business are FINALLY going to go one on one in singles competition. Can it be next week already? I’m gonna go with Kevin on this one. If he can beat John Cena (and champion the destruction of the Cenation leaders delusions and falsehoods) then Owens should have no problem with Samoa Joe!