Book Review ‘Queen Of The Trailer Park’ By Alice Quinn 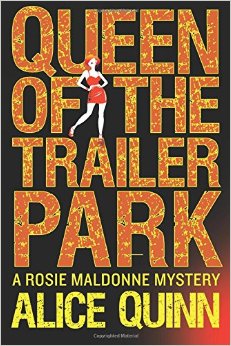 I picked up ‘Queen of The Trailer Park‘ by the French author, Alice Quinn, I read the English version which was translated by Alexandra Maldwyn-Davies. Quinn is not new to the book publication game and has a few novels to her credit before this one, they haven’t been translated to English as of yet. 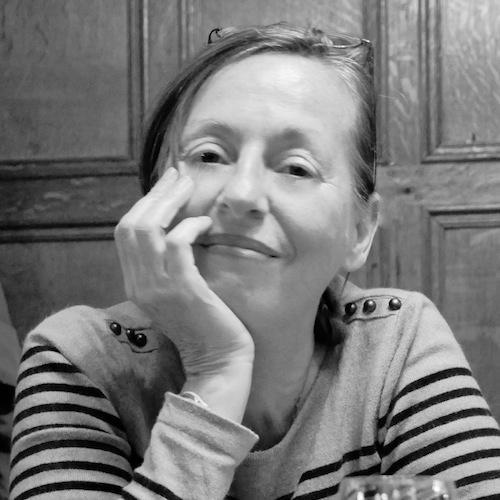 Immediately we meet our heroine Rosie Maldonne, or CriCri as she prefers to be called. She works small hours as a waitress with three children, one inherited, and a cat. Life is anything but easy for this family and immediately you can sense that about her. They live in the South of France which feels like just about any small-town American setting, in a run-down, torn up trailer parked on an empty lot next to an abandoned railway station that provides her water and, as she rigged it, a sneaky way to get electricity without paying for it, too. I’m not sure there is much of a physical description for Rosie other than her measurements being given of 37-26-35. I can’t remember if hair color or facial features were mentioned because it didn’t stay with me throughout the book, I couldn’t envision the character too specifically which made it a bit hard to assign the story to an image I might identify with. Don’t ask me why but Joy Behar was in my head through most of it. Not the 72 year old dinosaur she is now, but what she must have looked like younger, around 30.

Not just for Rosie er…CriCri, but everyone that shows up in her life is kind of a flat, barely 2 dimensional characters. A bit more time spent in character development would have been time wisely spent. She has bad luck and a dead mother that sends her messages in song lyrics. Her grandmother was a prostitute and Rosie relies on the state to help out with welfare each month. The fact that her grandma was a prostitute isn’t really that important but it’s fun to say. She has 2 best friends, one that gives her more clothes than she could ever wear, as long as she wanted to show a lot of leg and a lot of chest, and the other is chronically depressed with 2 boys of her own, when the story begins Ve’ro the perpetually blue mom is happier than she has ever been. This follows with her disappearance and the disappearance of her baby boy, Rosie’s kids find envelopes of cash inside the McDonald’s trash can and subsequently 5 or 6 other trash cans on the way home, too.

Rosie instantly goes from flat-broke, to filthy rich, she takes care of her missing friend’s 5 year old son and meets one of the most handsome men she’s come across in a while, the only trick is, he’s a cop on the case to find her friend Ve’ro. She’s enough of a pessimist to know that Jérôme, the cop in question, might be too good to be true, the cash is undoubtedly dirty and bad news, but above all, she’s worried for her friend and son and wondering if the new boyfriend that made her so happy could be part of the solution.

For an outspoken woman taking care of, now 4 kids, she does what she must, she uses the money to buy food and indulge in a little excess which sets her up to meet Gaston Contini, a respected poet with more than a little cash to spare, his interest in her is confusing all around, Rosie tells others he’s her uncle as he’s lavishly spoiling her and the kids. She discovers who the found cash belongs to as they totally wreck her trailer looking for it, from there she is on the run from the Russian Mafia, oddly enough, into the newly met Gaston’s protection.

In trying to piece together all that she can about her missing friend and the mysterious cash, she follows the leads until she lands at City Hall where she meets another ally Isme’ne Jourdain, a tough as nails public servant that is ready to see her city run legally. One thing Rosie learns is her home could be destroyed as there is something in the works to be built in that vacant lot. Maybe it’s a library, maybe it’s a casino, but when was the last time you saw a mob-run library?

As CriCri gets deeper in the investigation she gets closer to Jérôme which creates it’s own set of issues, as all new relationships go through. All the while she is taking care of the children she has and wanting the best for them. Does she find a way to achieve that, What does Gaston want from her? Is Isme’ne hitting on her? How does a girl who starts her day eating crackers end up surrounded by this kind of intrigue?

What I will say is the ending is fairly satisfying but it leaves many more questions unanswered than resolved. Quinn has set herself up perfectly for a sequel. I read this book, cover to cover in about 10 hours with breaks, I wish the characters were more concrete and descriptive, I wanted to get totally lost in the book, but it fell just a bit short for that. You certainly don’t have to engage much by the way of neural power to follow this story which is what I wanted on a Sunday afternoon. The book drops on June 1, 2015 with a sequel ‘Queen of the Hide Out‘ scheduled to release on February 9 of 2016.