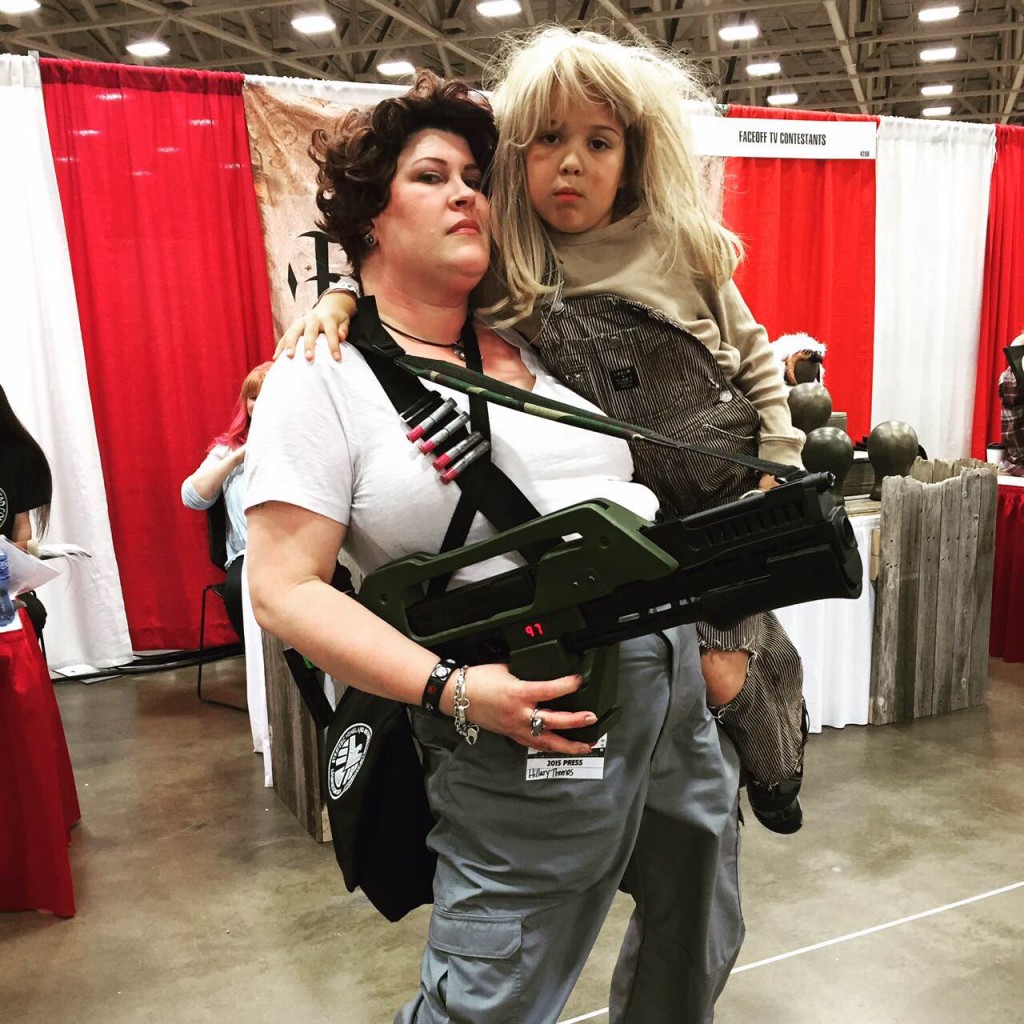 When comic con rolls into town, cosplay is a big part of it. Cosplay is dressing up and getting the chance to be someone else for a bit.  People spend weeks, and even months getting ready and building their costumes. There are even people, like LeAnna Vamp who have made a living cosplaying. LeAnna Vamp is a professional cosplayer who recently attended Fan Expo Dallas, and she is known for her YouTube channel “I Love Nerd Girls” and “Star Wars Girls.” LeAnna brought her special kind of nerd love to Dallas this past weekend and shared with us how she got started in cosplay.

Cosplay is such a big thing now there is a even TV show, called “Heroes of Cosplay.”

People love dressing up, but more importantly, us nerds love sharing our adoration for things we collect or what we are passionate about by dressing as the captain of a now cancelled Firefly class starship, or the Mother of Dragons. We show our support for our fellow nerdclass by sharing the stage with these people by dressing appropriately and going all out for the favorites. I even dressed up while interviewing people and walking around. There is nothing like Lt. Ellen Ripley from “Aliens” asking you how you got started, right? 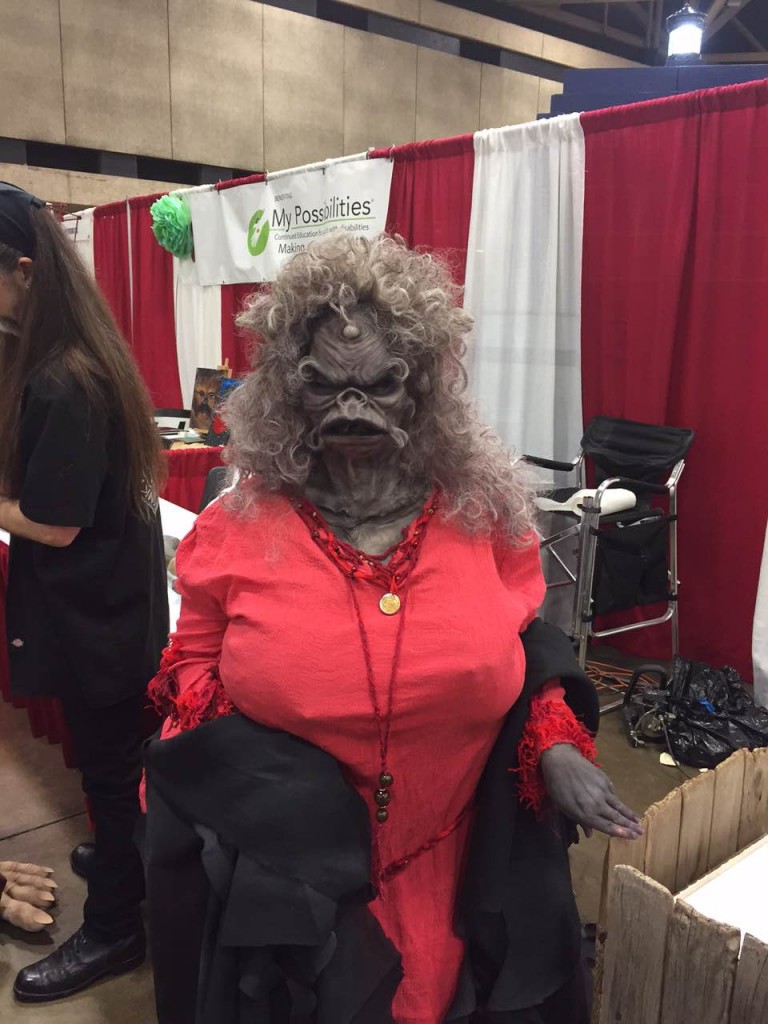 This weekend was no exception. People really brought their A-Games. With Ming-Na Wen in attendance, there was a good deal of Agents of S.H.I.E.L.D. The Doctor (numbers 1-11) were represented, not to mention companions past and present. One lady was dressed as the Doctor, I forget which one, but it was her second cosplay EVER, and she was 83!

But my favorites were a lot of the group cosplays. I saw a Captain America and Dum Dum Duggan of the Howlin’ Commandos that made me just grin ear to ear!

It’s for all ages too. Remember last DCC? Charli Williams age 7? She was GoGo from Big Hero Six. Madden Staehlecker age 6? He and his dad came as Daredevil and the Kingpin. Reese Kirkham age 11? The Skeksis from The Dark Crystal. She and Heather Henry opf High Noon Designs got together with fellow artist Breanna Cooke and cosplayed other Dark Crystal creatures. Heather was Aughra, and Breanna was a Mystic. They built these, and made the walk around the convention to be seen! These kids are back and building bigger and more elaborate costumes. 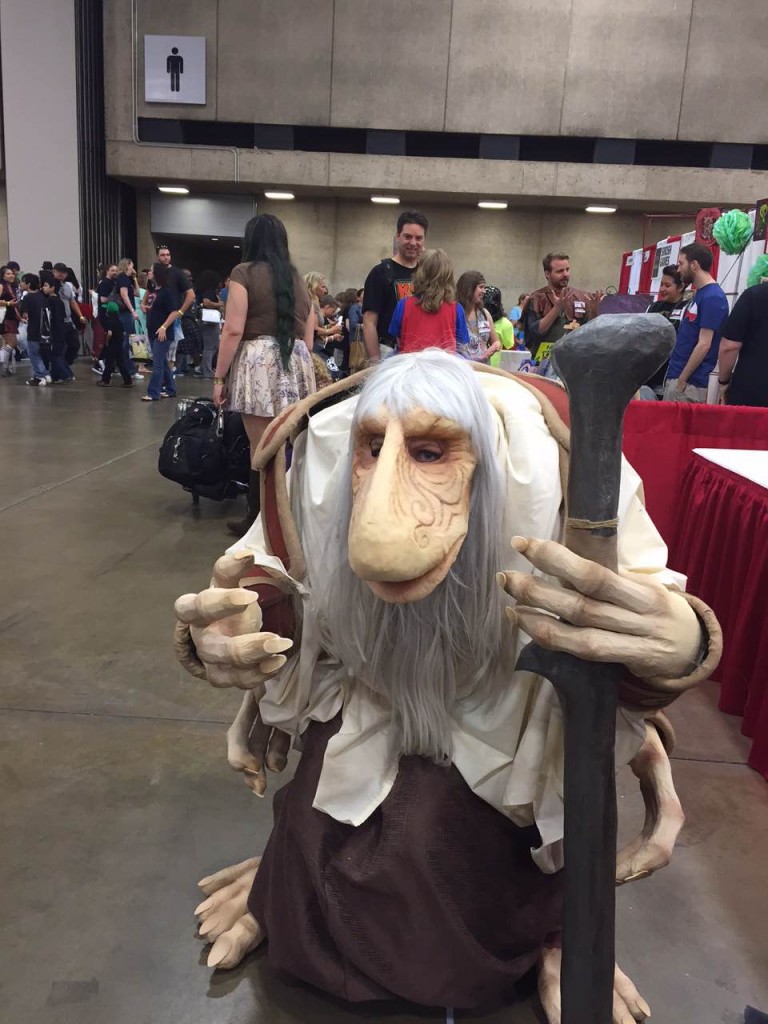 I saw so much, and fell in love each time. A cylon Centurian. A tiny Captain Marvel. An original Green Goblin. The Doof Warrior from Mad Max Fury Road. This is just some of what was seen.

My favorite part is watching those that take previous costumes and make them better.

I can only hope that October is no holds barred! 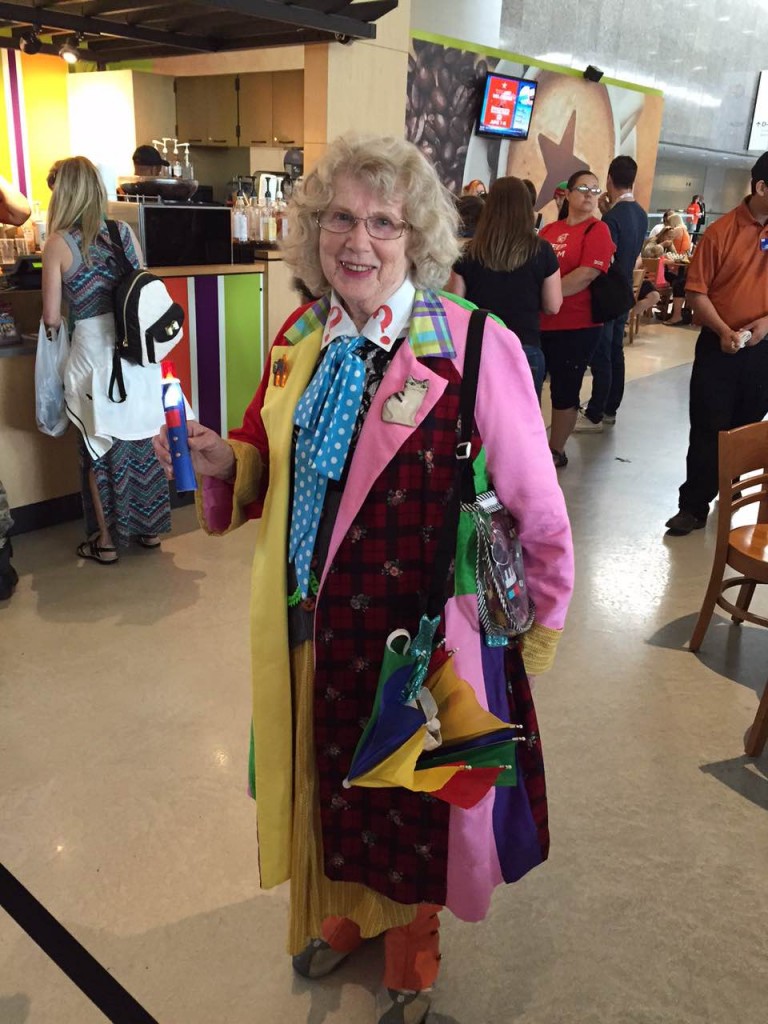 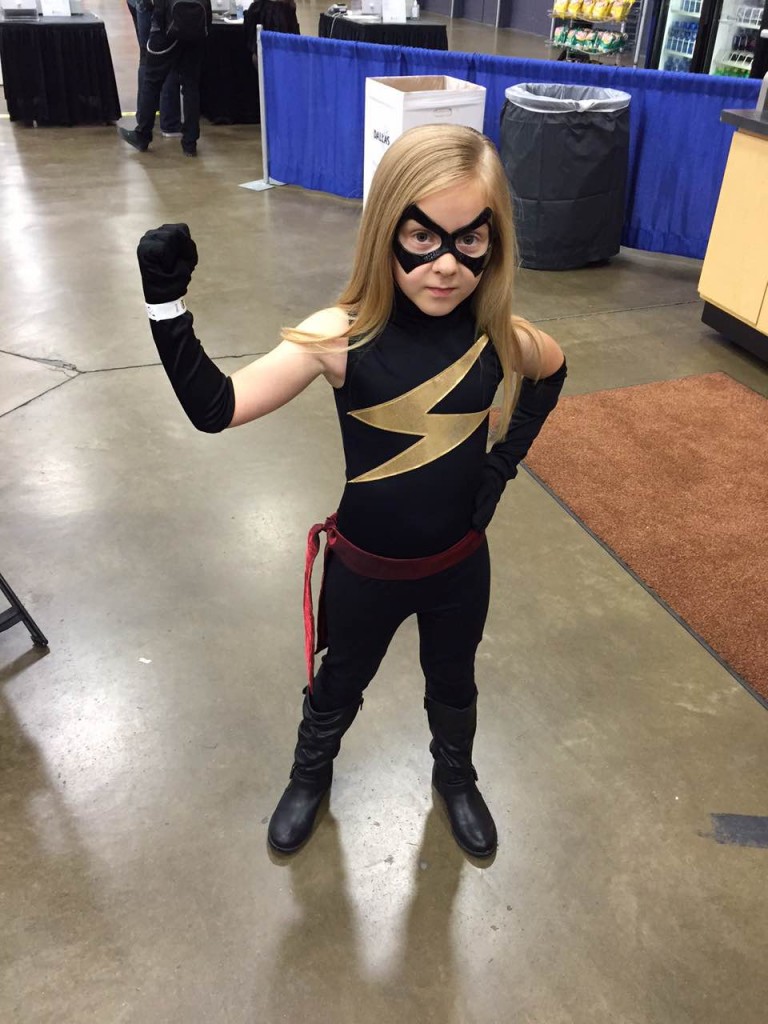 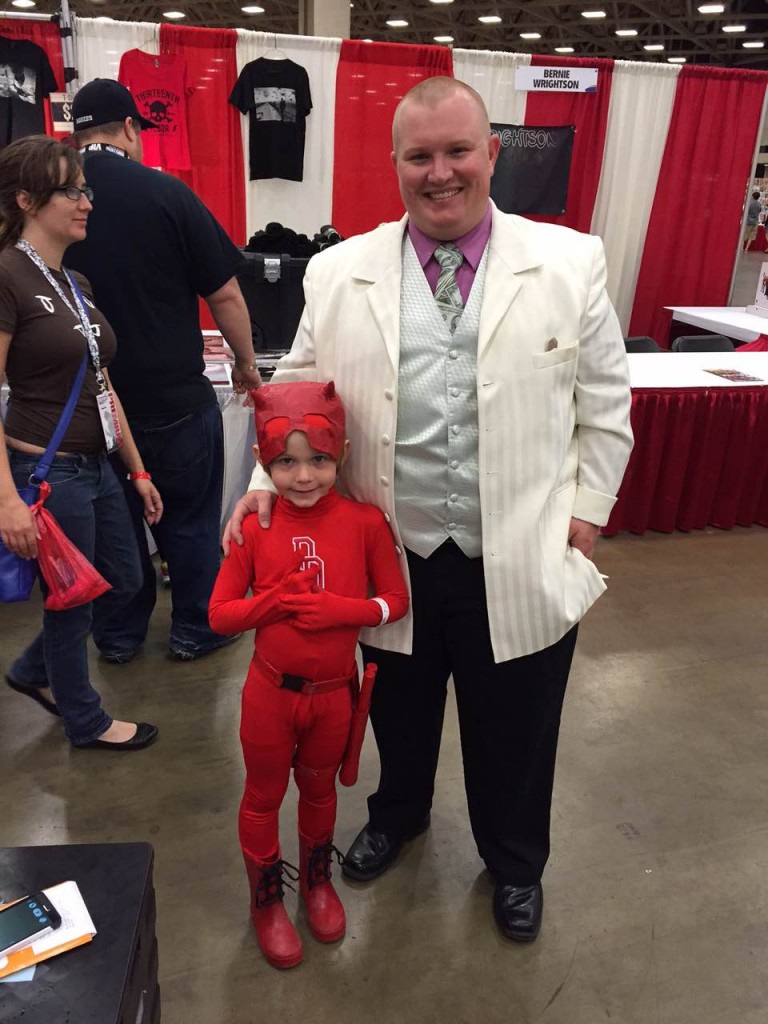 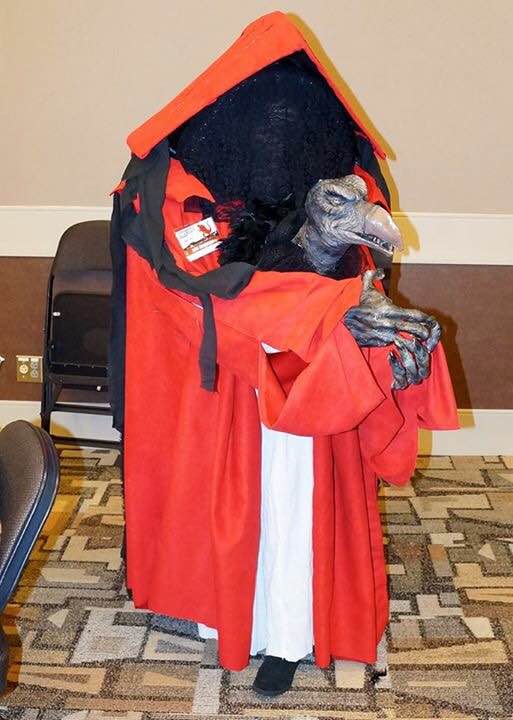 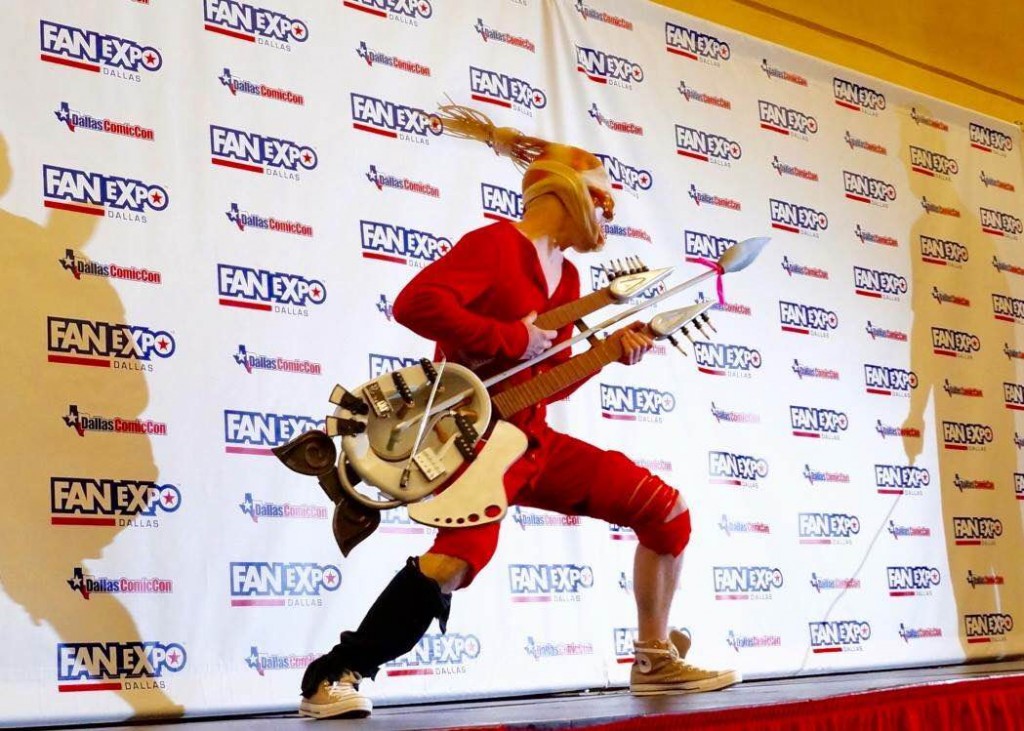 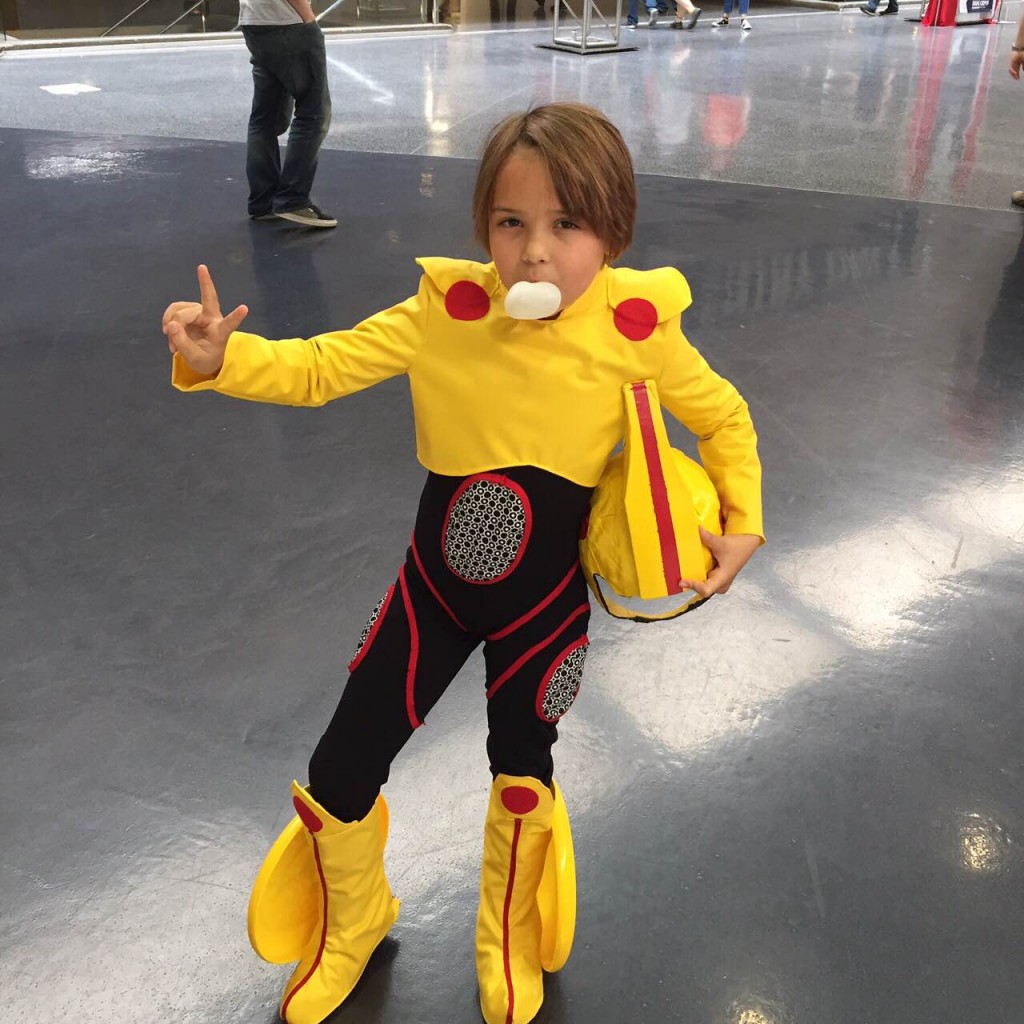