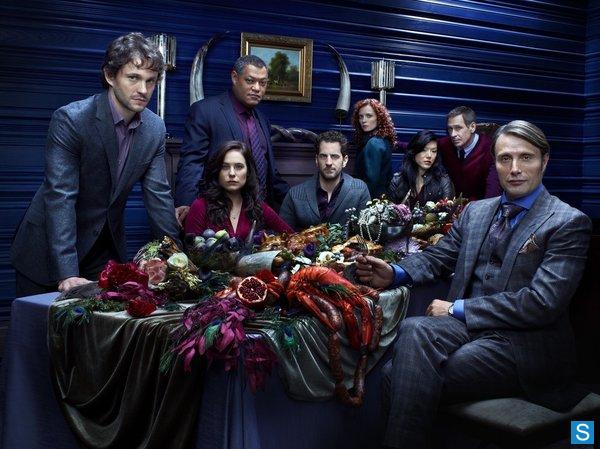 It looks like NBC is only going to let us get so close to the fictional serial killer, Hannibal Lecter as they’ve canceled Bryan Fuller’s ‘Silence of the Lambs’ prequel, ‘Hannibal‘ after only three seasons. The current season will run its full 13-episode course in the same time slot concluding on August 27. The reason why isn’t merely based on flagging viewer numbers, though, as most shows given the guillotine are guilty of, it’s a rights issue.

The planned season four of the series was to introduce Clarice Starling, a bright, upstart student at the FBI academy played famously and perfectly by Jodie Foster in ‘Silence of the Lambs‘, to the series. The crux of the problem lies with the rights to the character are said to be unavailable.  The cancellation doesn’t mean the final breath of the series is within sight, not with dozens of options that are now available for a new start at a fresh network and producers at Gaumont TV are currently exploring any options available.

“NBC has allowed us to craft a television series that no other broadcast network would have dared, and kept us on the air for three seasons despite Cancelation Bear Chow ratings and images that would have shredded the eyeballs of lesser Standards & Practices enforcers,” Fuller said in a statement. “[NBC Entertainment exec] Jen Salke and her team have been fantastic partners and creatively supportive beyond measure. Hannibal is finishing his last course at NBC’s table this summer, but a hungry cannibal can always dine again. And personally, I look forward to my next meal with NBC.”

Fuller isn’t cooling his jets until the series gets a second-chance with another network, he’s already got another big job lined up as co-showrunner to Neil Gaiman’s adaptation of ‘American Gods‘ you can read about that here and I, for one, can’t wait for its premiere.