A Pair Of Comedians Sign On To Voice Warners Animated ‘Storks’!!! 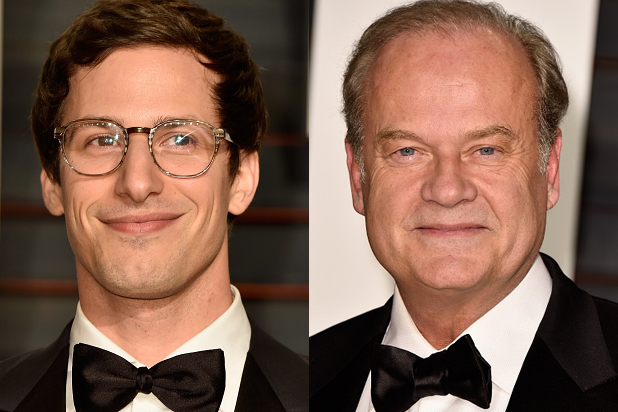 Warner Bros. has announced their latest animated feature, ‘Storks‘, it will debut in theaters September 23, 2016. Right now the plot details are being kept hush-hush, what we do know is that a pair of comedic voices are already signed on, Andy Samberg (‘Brooklyn Nine-Nine‘) and Kelsey Grammer (‘Frasier‘). The original script comes from Nicholas Stoller, he and Doug Sweetland, an animator on many of Pixar/Disney hits like ‘Finding Nemo‘ and ‘Monsters Inc‘, will co-direct.

I’ve always wondered what the story was behind the whole stork delivering babies thing was. I mean, we’ve seen it in almost every cartoon, where usually a drunk stork, who hiccups constantly is delivering babies to the parents. I’m glad someone is finally going to show us how these storks come to receive this great responsibility. Hell, maybe they will even show the hazards of the stork job, for example, a stork dropping a baby from the sky and splat. Or delivering babies to the wrong species. What happens then? I must know. 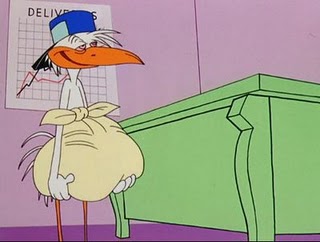 Andy Samberg and Kelsey Grammer are set to star in “Storks,” with more voice cast to be announced.

With a totally original story developed under the umbrella of the Warner Animation Group, the film will deliver a fresh and funny look at the fable behind storks.

In announcing the date, Fellman stated, “We are thrilled to be broadening our animation slate with the new adventure ‘Storks.’”

Kwan Vandenberg, added, “‘Storks’ is an innovative idea that is sure to delight kids and families all over the world.”

Greg Silverman, Warner Bros. Pictures’ President, Creative Development and Worldwide Production, noted, “This is an exciting project that demonstrates the boundless creativity and imagination of the Warner Animation Group and our dear friend and frequent collaborator, Nick Stoller.”