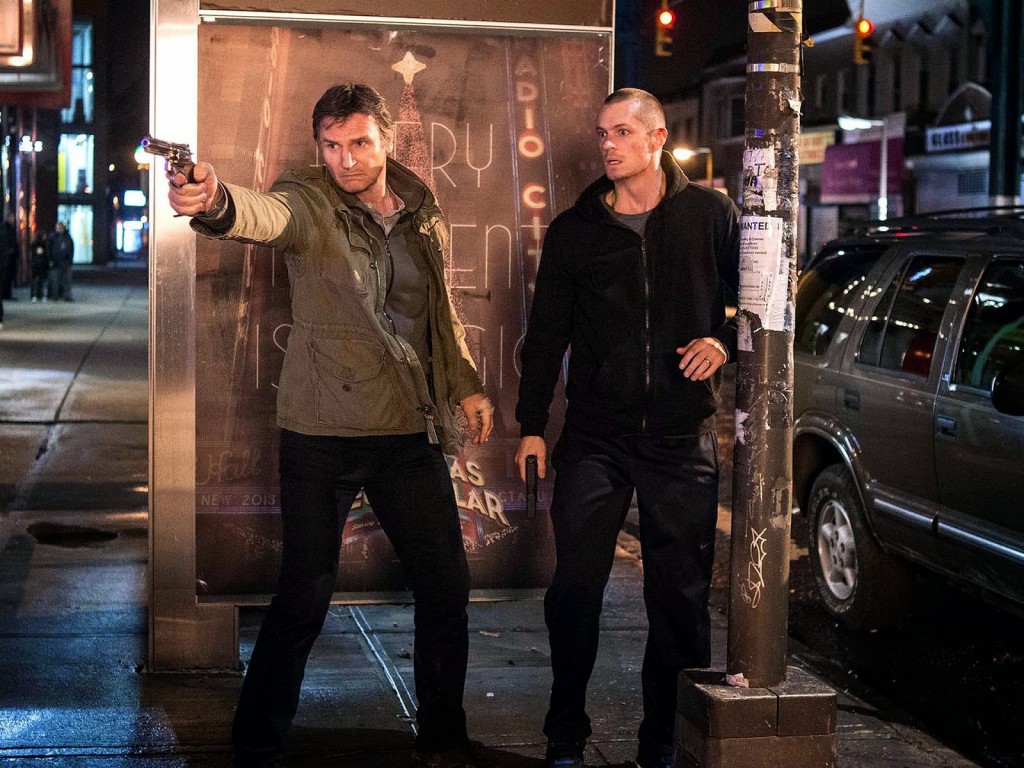 Darkness gives way to a misty lake.  From above we close in on an injured man sprawled out on the ground.  Jimmy is floating in and out of consciousness…a voiceover speaks on what goes through the mind of the near dead and suddenly he hears a gunshot, a curious opening and introduction of Jimmy Conlon (Liam Neeson).  Jimmy is a former mob hit man that has become an island to himself through his long history of foul play.  Estranged from Jimmy is his only child, Mike Conlon (Joel Kinnaman).  Mike is a husband, father, and big brother/boxing coach, respectable personas that Jimmy forsook long ago.  Finding himself caught in the web of a murderous cokehead, Danny Maguire (Boyd Holbrook), and his mob boss father, Shawn Maguire (Ed Harris), Mike turns to the last person he ever wanted to rely on, Jimmy.  Run All Night takes the viewer on a crossing of evading death and the bonding of two hearts.

One of the most appealing aspects of Run All Night (aside from the sexy lethal prowess of Neeson) is the amazing and breath-seizing camerawork.  Rising from a common image, shooting across NYC, and plummeting to yet another common image is a technique used often and immensely enjoyed.  Gràcias, Jaume Collet-Serra (the director) for your transitional creativity.  New York is such a mixture of grandeur and filth during the flight of the camera.  The cinematography is quite brilliant.

Liam Neeson cannot go wrong.  I have reveled in Neeson’s performances for decades.  From his Sir Gawain in Excalibur to the philanderer Kegan in Krull to the insatiable ghost Martin Brogan in High Spirits and yet still the heart-wrenching businessman Oskar Schindler in Schindler’s List.  For a few years, I saw Neeson in a few more films, but something happened in the early 2000s.  With Neeson’s performances in the Batman Begins series, Taken series, Clash of the Titans series and The A-Team, I saw him anew with such vigor and thus cannot get enough.  I know that Run All Night will be compared to the Taken series, but I’d argue it is more homegrown than its massive successful predecessor.  We needn’t travel to far off countries to face the grotesque and devilish nature of mankind.  The barbarous is right here in our backyard.  It’s a bad thing that Jimmy was that malady and a good thing is that we have Jimmy as the solution.  I adore seeing him take out the bad guys.  TAKE HIM DOWN! Screams within me in those scenes.

Ed Harris has been my anti-hero/hero since he was the troublesome Charlie Dick in Sweet Dreams, the lovelorn Virgil ‘Bud’ Brigman in The Abyss, the nerdy romantic Tom Wheeler in Milk Money, and the merciless defender of his heritage Mitch Wilkinson in National Treasure: Book of Secrets.  In Run All Night, I could not buy his performance as a villain.  I believed the loving husband and tormented father hoping his son would get the point, but not the venomous killer that the role needed. 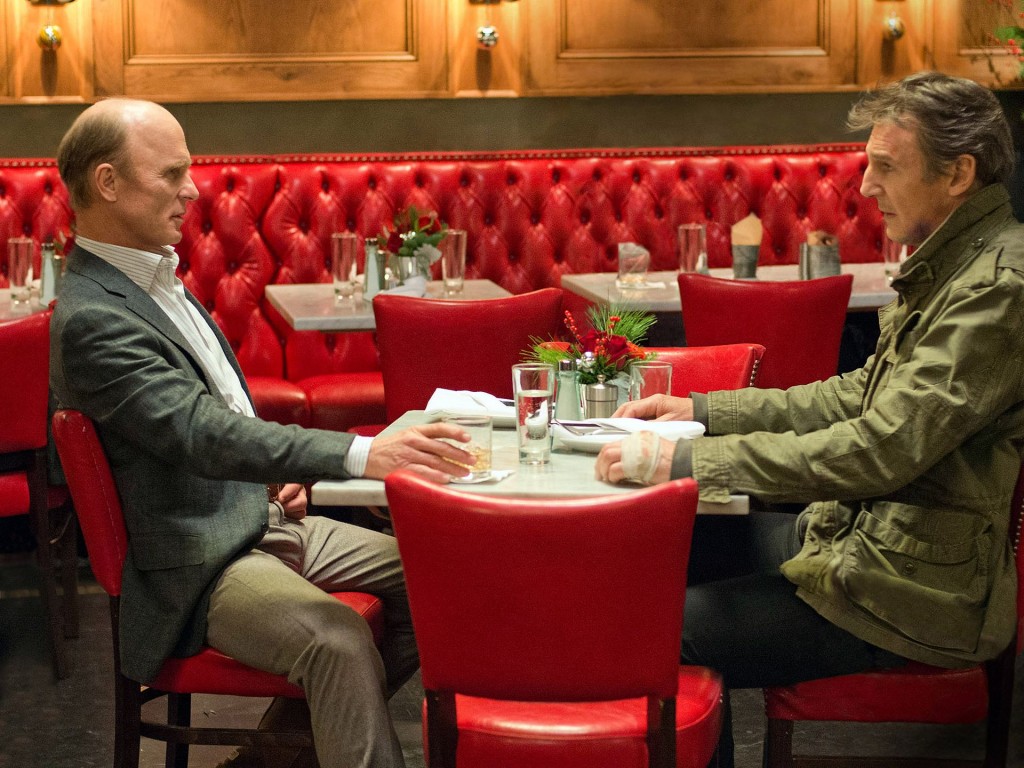 Overall, Run All Night is a solid movie and an enjoyable ride.  It was very predictable for me, but then again, as I’ve said, that’s just my ability to read film and rarely be surprised.  It was intriguing to see Common play such a cold and calculated killer (Andrew Price) with only one moment of emotion during his introduction.  After seeing him as Mr. Wright (Mr. Right, haha) in Just Wright and The Gunsmith in Wanted, this was a nice change.  If you need your action fix, make a beeline for your nearest theater Friday.