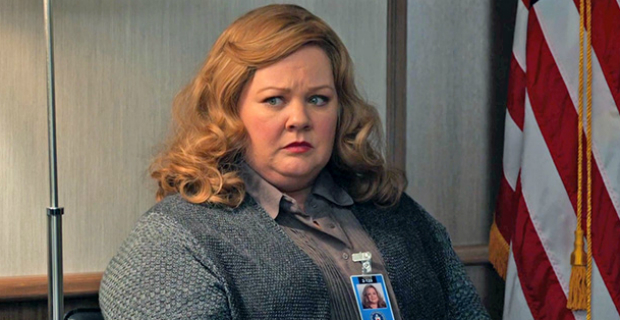 Paul Feig, who has given us ‘Freaks and Geeks‘, ‘Bridesmaids‘, and ‘The Heat‘, has been working on a new comedy action film called ‘Spy‘, which looks like his own unique version of ‘007 James Bond‘. The film stars the amazing Melissa McCarthy as a CIA analyst who is asked to go undercover in the field on a big international criminal case.

The film co-stars Jude Law, Jason Statham, Morena Baccarin, Rose Byrne, Allison Janney, Bobby Canavale, Peter Serafinowicz, and 50 Cent. Pretty solid cast. Official Synopsis: Susan Cooper (Melissa McCarthy) is an unassuming, deskbound CIA analyst, and the unsung hero behind the Agency’s most dangerous missions. But when her partner (Jude Law) falls off the grid and another top agent (Jason Statham) is compromised, she volunteers to go deep undercover to infiltrate the world of a deadly arms dealer, and prevent a global disaster.

It looks funny. Let’s hope it is.

Look for it in theaters May 22nd of this year.