If you’ve followed me on Facebook or Twitter, you’ll know that I went to Wizard World’s inaugural Comic Con in Tulsa this weekend. Outside of some of the staff being incredibly rude, I had an amazing time and am planning to go back next year. 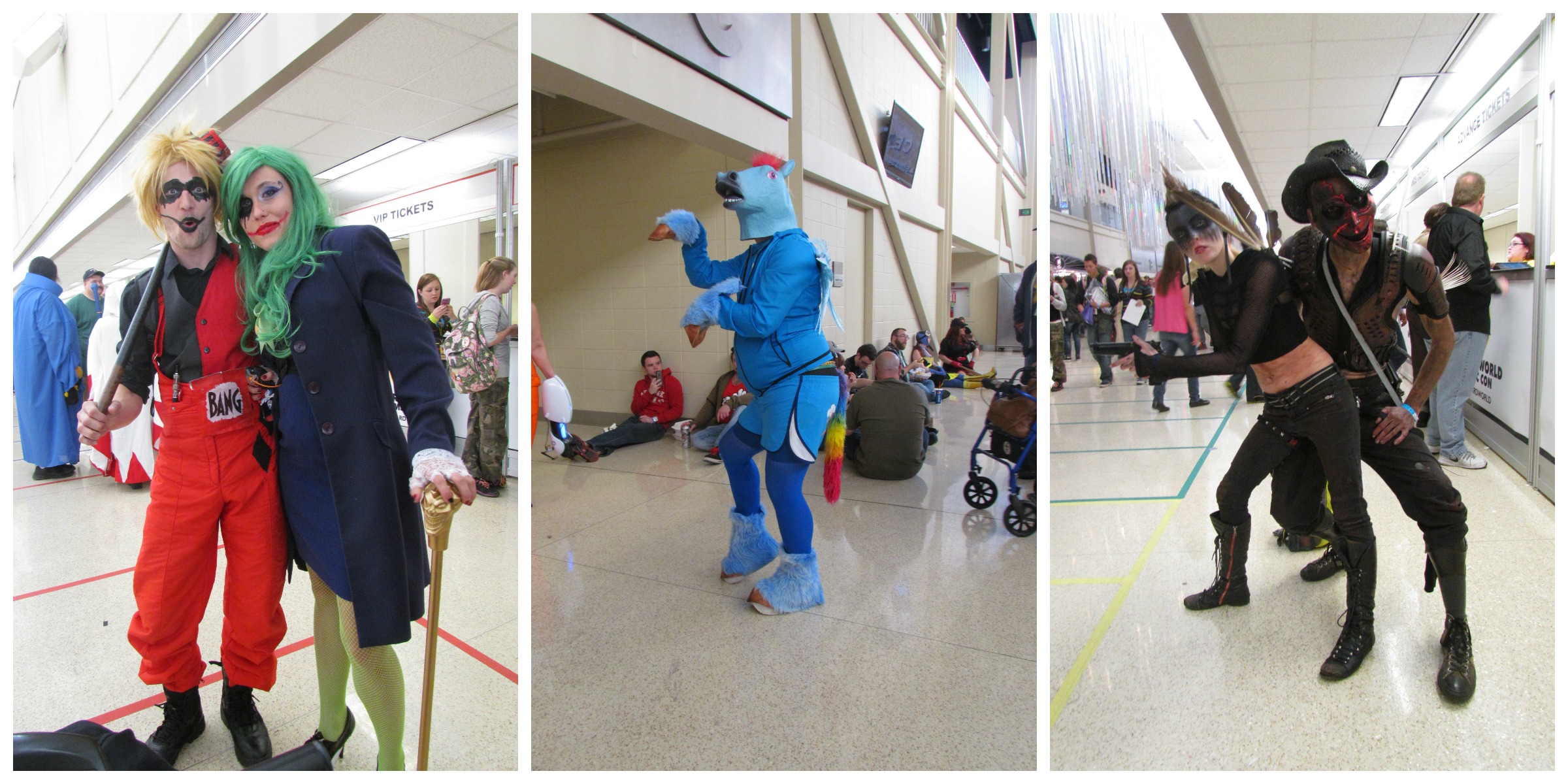 Before we talk about that, let me give you some highlights from the weekend. The con was held at the Cox Business Center in downtown Tulsa. We’re talking about a venue that has a capacity of 8,900 and it was packed. Not just full, but overflowingly so. I don’t think that’s a real word, but I’m sticking with it. Think about a canned biscuit tube, when you crack it on the counter it pops and dough begins spilling out the sides, this is the perfect analogy for what it felt like as I tried to navigate the halls. 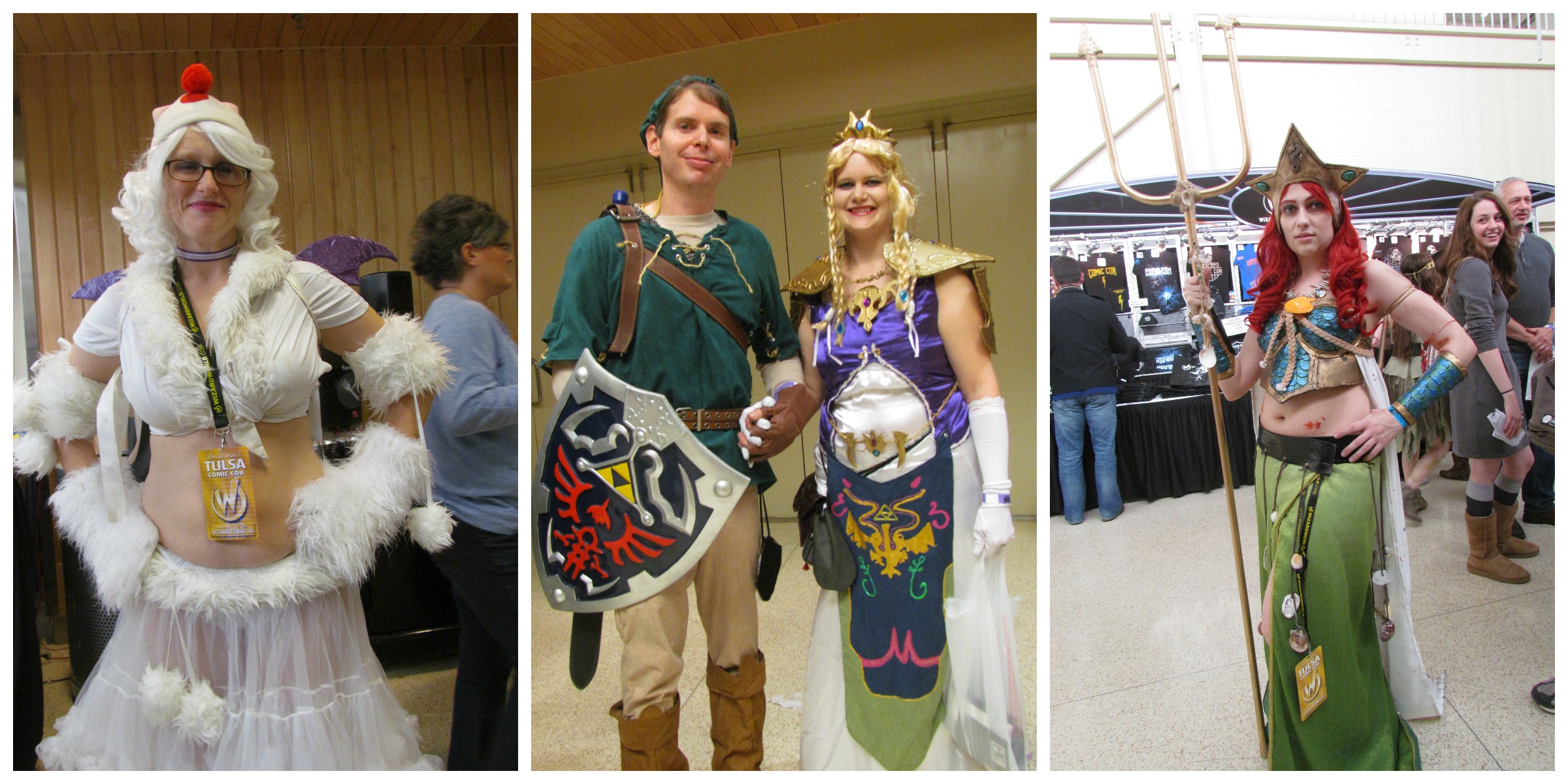 Those halls were packed with cosplayers from every end of the dressed-up spectrum. There were hundreds of people in all ages and sizes proudly showing off their favorite characters. Some of the costumes took hours and hours plus hundreds of dollars in material, if not more! Mixed in the group were a few t-shirt costumes with capes and every kid there was wearing their Halloween costumes. This is people watching at its finest! The guy that dressed up as Rainbow Dash is one of my absolute favorites! Harley Quinn is officially one of the most popular costumes among men and women, alike. There were enormous mallets in every hand, except for the cosplayers that wanted the before costume and came as Dr. Harleen Quinzel. Not everyone that dresses up should be seen by the thousands of kids that were there, or by adults either. One woman wore some kind of tuxedo jacket that did not cover her butt or anything in that area, yet she felt it was perfectly fine to wear lacey, see-through underwear as her only pants. Keep in mind, this was right at most of the young kids’ eye level. It was bad enough I bought a $8.50 can of beer to try and erase the visions in my head, but it’s still there. 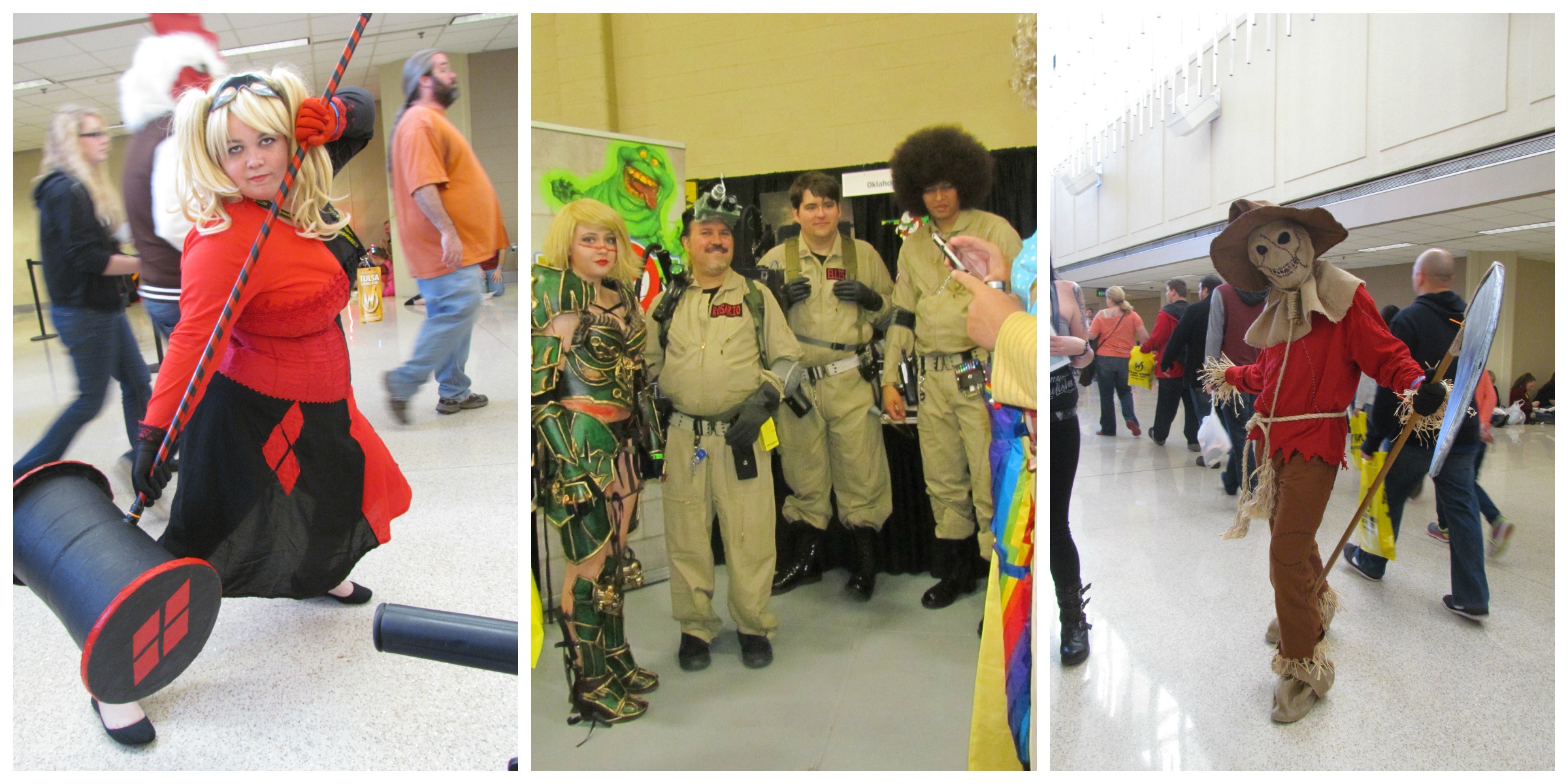 The conference room that held the vendors was ridiculously huge, if you can name it someone sold it. If you have any kind of impulse control problem when it comes to buying, do not go in that door. Trust me, it’s hard to resist. Also, this is for any convention, but make sure you have plenty of cash on hand. Don’t go crazy with emptying your bank account into your back pocket unless you plan to spend it all on the floor, but definitely have cash on hand. I had to pull out some cash while there and there was a $4.99 service charge from their ATM, not to mention what my bank will add. It’s expensive to be geek spontaneously. Plan ahead. The vendors are not the only reason you need some cash, if you plan to spend a full day enjoying the events, you’re going to need to eat. No outside food or drink are allowed in and when you see the prices of things, you’ll understand why. My beer was $8.50 and a 20 oz. bottle of Mountain Dew was $4.00, the food was even more expensive. Next year, I’m smuggling some water in, even if it means I have to wear a camelback. 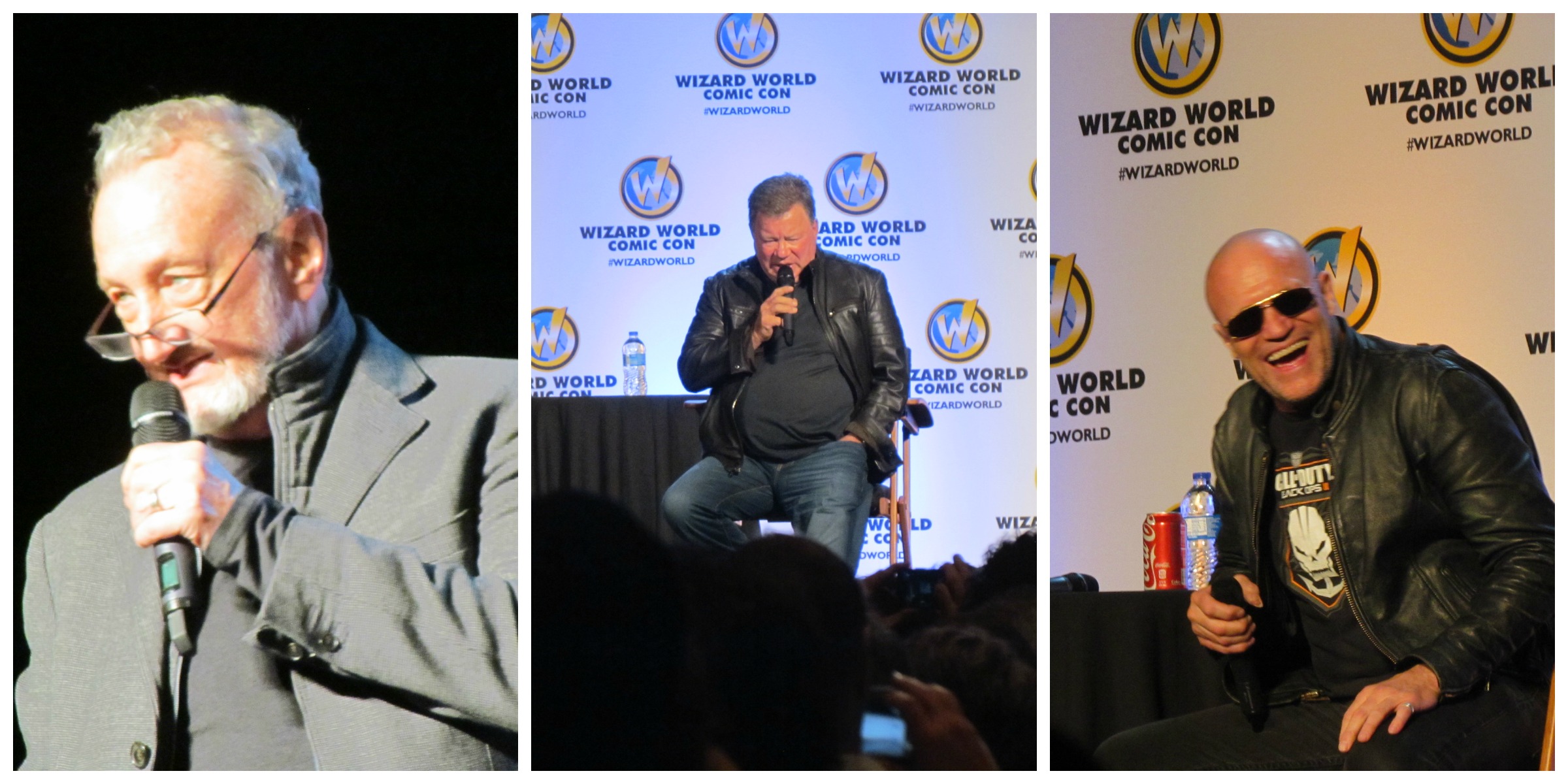 Now for the main event – the guests. One of my favorite things was the panel events with audience participation Q&A. Not all the guests present participated in a panel, but the ones that did were really awesome! William Shatner, Michael Rooker, Alan Ritchson, Robert England, Jason David Frank, Tom Felton, Corey Feldman and Sean Patrick Flannery were some of the featured guests that participated. I’ll be adding detailed accounts from each of the panelists I saw. There are some great stories that were told and will be coming to you as I summarize each panel individually.