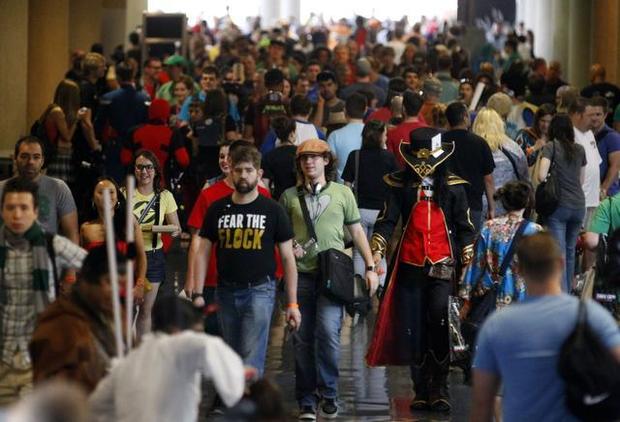 Prepare yourselves, for I have an excellent look back at Dallas Comic Con’s own Fandays, from October 17th-19th. First I would like to apologize for the delay in reporting, but you know, Halloween isn’t just one day. It’s a month long celebration of costumes and shenanigans, as well as my favorite time of year. Dallas Comic Con’s Fandays fell on the third weekend in October this year. The date was perfect for prime costuming parades as it fell so close to Halloween, many costumed attendees were ready for both events.

2014 Fandays was set to be a hub of celebrity appearances; Lord of the Rings stars Elijah Wood and Sean Astin headlining a star studded line up of who’s who of Hollywood. James and Oliver Phelps of Harry Potter fame, James Hong (Blade Runner, Big Trouble in Little China), Jonathan Ke Quan (Goonies, Indiana Jones and the Temple of Doom) among a long list of other stars! 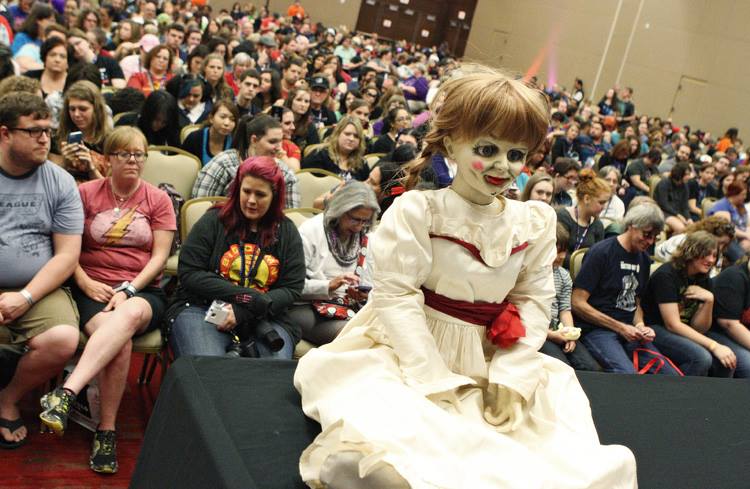 I think it’s important to note that the serious virus, Ebola, made it’s way to America about a month before Fandays was scheduled to begin. Ebola became a national and local concern as the first case, and fatality, of the deadly virus made its debut in Dallas, Texas. While the virus, and the victims of the had been contained and many potential victims were quarantined, the public information about Ebola was well publicized as well as much misinformation and media sensationalizing the cases and spread of the disease.

My camera colleague and I were at much different epicenters in Dallas regarding the Ebola outbreak, I panicking in front of my television, and she, manning the phones like a real superhero for the Ebola call center hotline answering questions nationwide about the virus. She was my grounding reality throughout the ordeal, as well as a yardstick to measure the spectrum of truth regarding the threat of the virus against the misinformation about the virus I was learning from the media. I understood completely why many people were genuinely worried about this disease. With a flood of equal amounts of information and misinformation, and no good way to sort through it without real medical knowledge, accompanied by a basic human instinct to protect ourselves from harm, as well as our loved ones, it is safe to say that either quietly, or openly, people were freaking out about this virus. 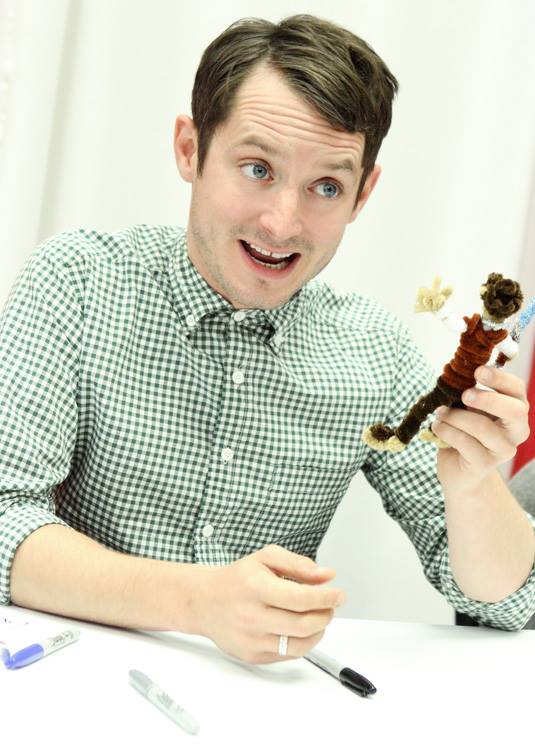 Fast forward to the week before Fandays, one patient had lost his battle to Ebola, two nurses were now fighting for their own lives, hundreds of people with possible exposure in Dallas have been quarantined, and the world learns that one of the nurses had flown on an airplane with a fever. I do not want to blame anyone who canceled or did not attend for hysteria or overreaction, as this disease was rightfully concerning. I did want to address this fact as I have attended many of these DCC events at the Irving convention center, and I noticed a marked reduction in attendance, as well as many celebrities who canceled very close to convention kickoff. No one has publically announced that is why they did not appear, however, if it were true, it is understandable. We really had a situation, perceived or realistically, in Dallas.

I arrived later than usual on Friday due to traffic in Dallas . I could tell from the amount of cars in the parking lot (the grassy field). I was able to park within 50 yards of the door with no trouble. However it was Friday, and generally, unless there is programming all day on a Friday at a convention, or some sort of exclusive, limited edition incentive to attend, the Friday crowd is sparse and consists of a good amount of die hard convention goers. The costumed attendance was low, but certainly high in quality. My favorite costume on Friday was the Gatekeeper, Key master, and young Ghostbuster family. I love to see families get into costuming together. Supportive parents mean a lot to budding minds. I perused the vendor room for a bit and picked up some Pop vinyls I had been looking for, then headed over to the Fandays 2014 Friday night Kickoff event at Table and Tavern.  A Cards against Humanity tournament, magic by the beautiful Heather Amaral, and karaoke hosted by Seamonkey were fantastic evening activities for comradery and socializing coordinated by DCC’s social butterfly, Devin Pike! 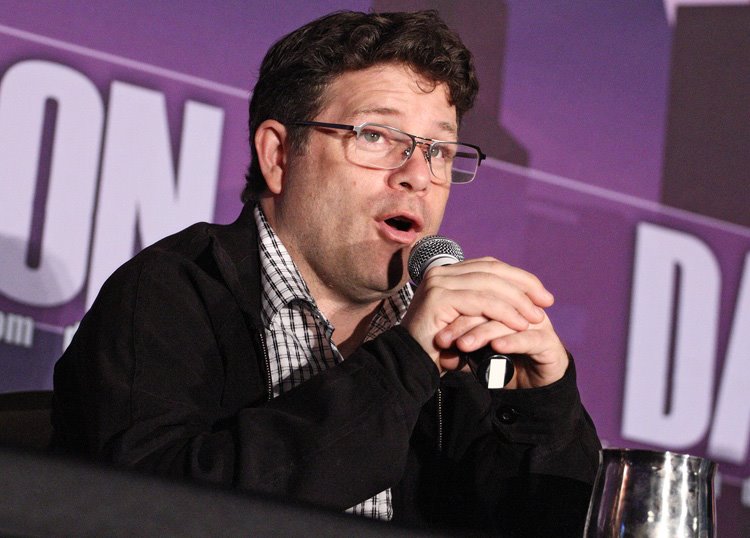 Saturday was the main event day. With a day full of photo ops, panels (and canceled panels from canceled guests) the energy was high and the costumes were better than ever. I love the addition of the food trucks outside for the additional con collective experience! My camera companion (dressed as Oona from Legend) and I (dressed as Magenta from Rocky Horror Picture Show) descended on the Irving convention Center, ready to document the days events. We interviewed guest comic artists Chris “Oz” Fulton, Michael Champion, and Jim Ferguson. Each artist had great answers to my burning questions of their art inspirations and their favorite scenes from movies. I do confess I know Michael and Chris from other conventions, but both interviews gave me surprising insight I did not know into both of them as artists and as interesting people. Jim Ferguson had some great stories to tell and tapped into my own fandom interest by talking about creating art from my favorite movie, Ghostbusters. Check out the interviews for some great nuggets of knowledge from on of the artists selected to show in the 30th Anniversary celebration of Ghostbusters! 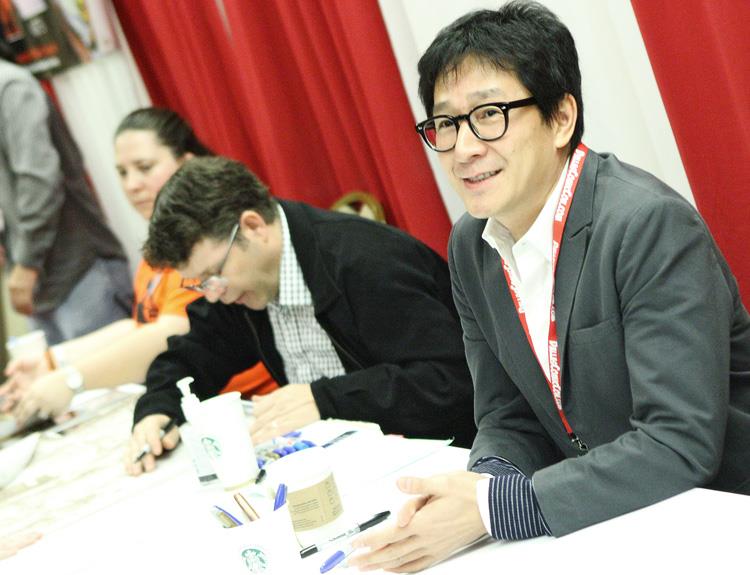 My companion, Passionata and I tried numerous times to attend panels. We made the mistake of trying to attend the LOTR panel first. Big mistake. We arrived on the top floor and immediately were greeted by a labyrinth maze in three different locations of 3 different rankings of attendees, all waiting for the LOTR panel. According to the Irving Convention Center’s website, the area for panels seats 1040 people. I have no doubt that number was reached. Check out our footage from the line (we only filmed general admission) which spanned the entire pre-function space and a snaking standing line only  area. While we felt very defeated about the possibility of attending a Middle Earth laden panel of nerddom, we did have the opportunity to watch as traffic on the top floor was brought to a stand still and the anxiously waiting attendees were hustled into the “precious” panel room. We also watched, and documented as volunteers yells instructions to waiting panel attendees much like a military drill.

Since the panels were so packed, we could assume that the number of canceled celebrities made for fewer panel options, and therefore, higher attendance. I would suggest in the future, that DCC maybe set aside an area for press to cover the panels. In an attempt to get as much coverage and interviews as we can, it is difficult to commit to standing in a line for hours, sacrificing precious footage for wait time. 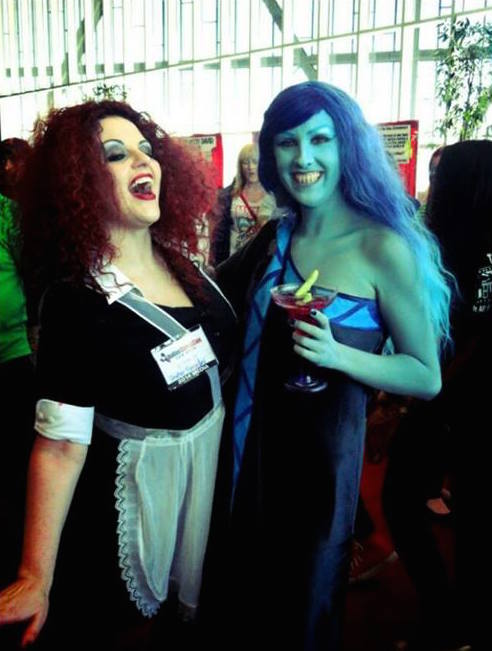 While the organization of herds of nerds have left something to be desired in previous years a t many of Dallas Comic Con’s events, this organizational maneuver seems far more logical and streamlined than any I have seen in the past. For the first time since I began attending, the escalators didn’t break or stop working. The traffic through problem areas moved as smooth as water, and the human herding seemed….peaceful and organic!

DCC events run on volunteers. There are of course, official representatives of the conventions, but if you have ever attended one of the Dallas Comic con events, you know, the orange shirt clad volunteers are like a small army, and they DO know what they are doing. they are the most informed and organized bunch of volunteers I have ever seen. As a matter of fact, I don’t know of many conventions in Dallas whose volunteers are anything but informed and helpful. Dallas does it right, and does it well. However, with volunteers in authoritative positions, there are always a few who may push the line from being helpful to becoming a yelling drill sergeant, and sometimes downright disrespectful. Now these are a small few, but it leaves a very bad taste in the mouth of con goers who pay a fine price for tickets to the event.  I overheard a ticket holder refer to this as “welcome to being yelled at for being at a convention” . DCC might do well with making sure that the volunteers aren’t turning the ticket buyers off from attending by treating us like criminals. Although I understand the need to move herds of humans from one location to another in a swift and direct manner, the delivery of that message may need to be focused and more positive. 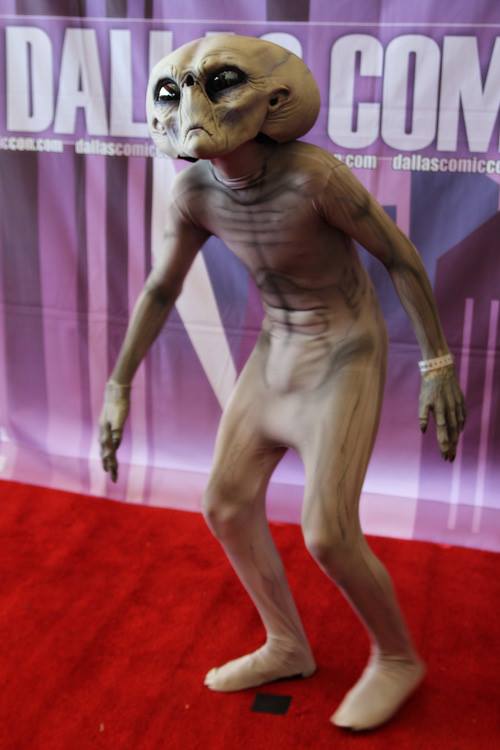 Sunday, we experienced some bad behavior directly. As I was standing to the side next to the restrooms, out of the path of foot traffic, we stood just outside of the perimeter for checking badges and wristbands to go into the convention. I had already checked my badge moments before when a volunteer guarding the entrance yelled to me she needed to see my wristband or badge, sternly. I was crossing in front of the entrance, not going in. I showed her my badge anyway, and continued to the wall. I saw a photographer friend of mine and attempted to get his attention. Well in a sea of people that is hard to do, of course, so I stepped out from the wall and continued to get his attention which took me inside the entrance. I was barked at to show my badge again (although I was not out of eyesight of the volunteer the whole time) and then as I caught up with him just inside the the entrance, I stopped off to the side to get out of foot traffic way while I spoke to my friend.

A volunteer from the same entrance and exit yelled to us in an obnoxious volume that we could not take pictures there, we needed to go to the red carpet for photos and not block traffic. My friend and I stared dumbfounded, although he had a camera around his neck and I was in a costume, he was not even taking a picture! We were simply standing together! This Photographer is a major shooter for local papers and online journals. I don’t expect people or con reps to know who we as press are by our faces, but I do need to get respect from con employees whether I am there as press or for my own enjoyment. We arent trying to get away with murder or even any rule breaking! 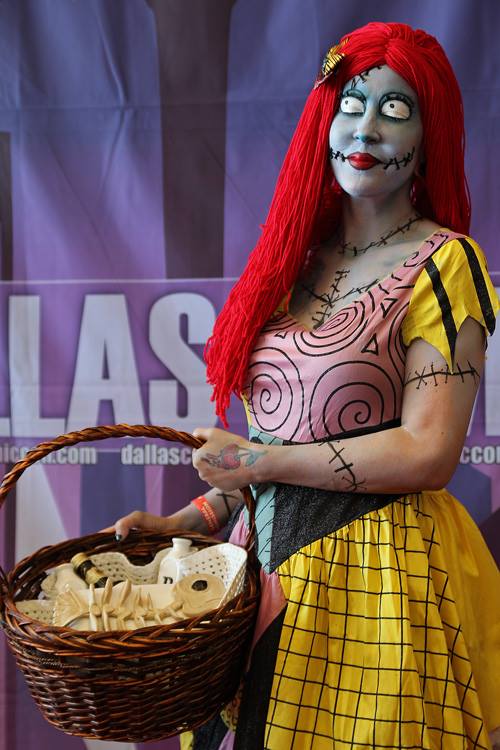 We needed to connect as media, and touch base. But even if we weren’t media, we weren’t breaking rules! Was there a need to speak to us as if we were breaking rules? No one was blocking traffic or holding up commerce and travel. so what gives? Give the ticket holders and media the respect and courtesy they have so generously given your convention by spending their time and talent covering your event. Again, I only experienced this treatment from a few individuals representing the convention, but it might behoove them to treat the attendees not wearing orange or red with respect or courtesy.

Despite those tiny moments, we really enjoyed all three days of the convention. The children’s costume contest was fantastic, and I think it is great that DCC gives attention to the younger cosplayers! DCC Fandays did a great job against all odds of an infectious disease working against it’s success to provide great content, and exciting celebrity opportunities.

Cheers to another successful Comic Convention!