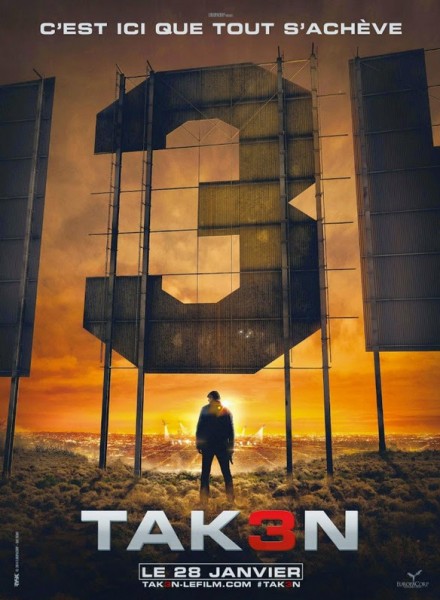 I love Liam Neeson. I love his voice, his looks – the whole package. I watch everything he’s been in, yes, even the crap movies. Believe me, there are some really bad movies in that lineup, too. He was the perfect voice for Aslan in ‘The Chronicles of Narnia‘, he was amazing as Hannibal in ‘The A-Team‘ and when he started his journey as Bryan Mills in ‘Taken‘, I didn’t think it was possible to love him more. Then came ‘Taken 2‘, I was excited about his return as Mills, but the film wasn’t the same as the original, no matter how hard they tried to emulate it. The end of production numbers proved it wasn’t a giant blockbuster, but still successful. Then some genius came up with the idea of ‘Tak3n‘. Yup, clever little title and Mills returns again. I have to think he didn’t agree to this after the second, but hopefully was a part of the contract when he signed on for 2. I have to hope Neeson is aware of how bad of an idea this film was but was contractually obligated to forge ahead. 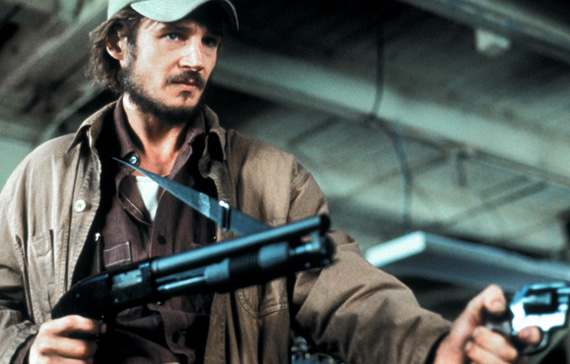 Neeson plays an excellent hero, I’ve been in his corner since I first saw him in 1989’s ‘Next of Kin‘ as Briar Gates. Now we’re looking at a story-line that’s going to be rife with “I didn’t kill my wife” references. Sounds a little like ‘The Fugitive‘, no? Mills is wanting a quiet, normal life with his wife and daughter. His CIA past is behind him and while he did have to jump back into battle-mode in the last two films, this one should leave him in peace, right? Of course not! Where would the story be if that were the case? Neeson’s Mills plays half of a happily married couple while his wife is played by Famke Janssen. Somehow she is found mysteriously dead in their bedroom. Mills is suspect, of course, spouse first. The innocent former agent is looking at suspects of his own, being who he was can mean being on foreign terrorists watch list, always someone that may want to frame him or torture him, somehow. I’m sure he will avenge her death, save his name and be the tortured hero all over again. I’m grateful that Neeson said to the media that this will be his last ‘Taken‘ film. 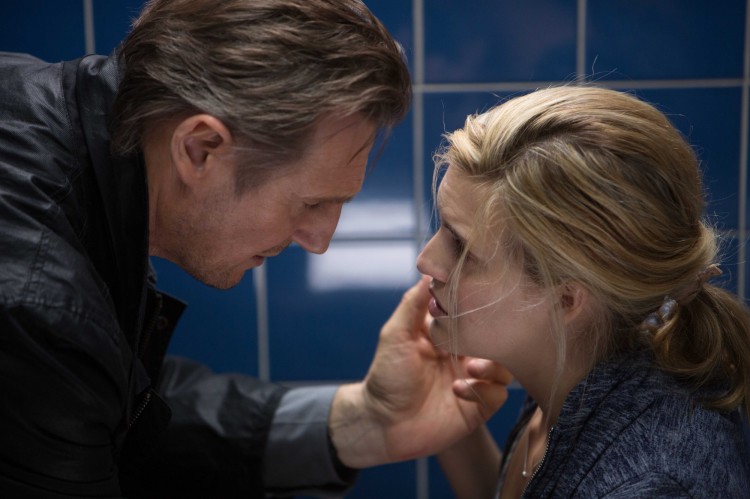 I want him to go back to the stellar dramas that took him to the Academy Awards nominee list for ‘Schindler’s List‘. ‘Kinsey‘ gave him some real stretch as an actor and he performed heavenly, as expected. ‘A Walk Among The Tombstones‘, his latest, is receiving remarkable reviews that show us the Neeson we want. A mystery thriller with a touch of noir is where he will shine brightest. I didn’t come to just rant about the forced action star it seems Neeson has been pushed into, I’m bringing a trailer for ‘Tak3n‘.

What do you think? Is 3 going to be wonderful and I’ve been wrong about the whole thing? Or do you agree with me?