‘Gotham’ Already A Part of Netflix’s Stable Before World Premiere on Fox!!!

Everyone remember the hype surrounding the new prequel series ‘Gotham‘? We’ve been inundated with teasers, internet ads, and just in general talking about how awesome, or un-awesome (is that a word?) it’s going to be. I want to be hopeful, because I’m a huge fan of the bat. Love the world of Gotham City and it’s dark, iniquitous, sullen tones. I’ve always loved the Tim Burton version of the Batman films, don’t get me wrong, Nolan’s flicks were excellent in that they gave me the action I crave. But I like how the first set of movies make him a real character and not either just a 40-pack a day smoker in a cowl, or an asshole.

So there are a lot of ways ‘Gotham‘ can go. Regardless of what fans are going to think of the serial, Netflix has already announced an agreement with Warner Bros. Worldwide Television Distribution to bring the show to their subscription VOD service. What is surprising about this mostly, is that not one episode has aired, yet. Obviously Netflix is pretty certain this show is worthy of a blind deal. ‘Gotham‘ will be made available after the full season airs on Fox, beginning in 2015.

The show hits the airwaves on September 22 in the US and tells us the origin stories of not only Batman but of some of the main villains, as well. The young Bruce Wayne  meets the then young Detective (and former Commissioner) James Gordon well before the Dark Knight emerges. We’ve all seen the cast in the trailers like Ben McKenzie, Donal Logue, Jada Pinkett Smith and Sean Pertwee. We see the layers of corruption that hang over the city like a heavy smog and permeate every person, building and criminal within those city limits. 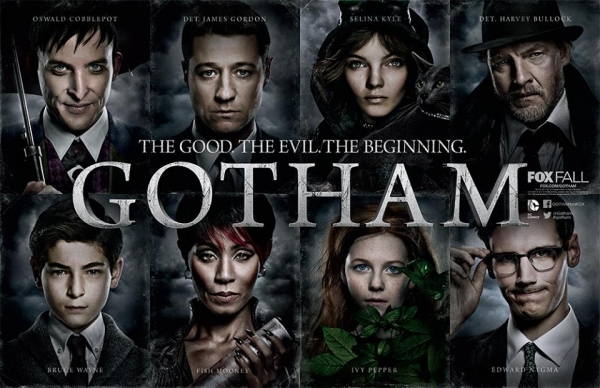 The one-hour drama is going to have plenty of room for story-telling where a 30-minute format wouldn’t allow. Filmmakers are going to open our eyes to some of the less popular stories told within the pages of DC Comics and introduce us to Super-Villains and Vigilantes through new chapters most of us haven’t read.

“‘Gotham‘ is the most anticipated new series of the fall season and we are thrilled to offer it to our members around the world,” said Ted Sarandos, Chief Content Officer at Netflix. “The Batman origin story is sure to have massive global appeal so it is fitting that, along with Warner Television, we have created a new model for distributing a show that international and domestic audiences will love.”

“In this era of new business models and expanding windows, this is an unprecedented deal for our company and our industry,” said Jeffrey R. Schlesinger, President, Warner Bros. Worldwide Television Distribution. “While we typically license our programming country by country, we have licensed this very special series to Netflix on a multi-territory basis. Netflix is a perfect home for Gotham following its initial broadcast in each respective country, giving Netflix subscribers the opportunity to catch-up prior to the new season, whether they’re already fans or discovering it for the first time.”