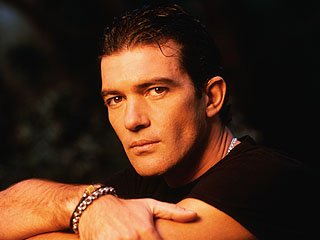 Antonio Banderas has been a versatile and bankable actor since he made his bones in the 80’s. His films are as varied as ‘Sybil’s personalities. It depends on who you ask about his career as to what films they identify with. If you ask kids who he is, they will jump and say that’s Puss in Boots from ‘Shrek‘ or Gregorio Cortez from ‘Spy Kids‘ – That’s what my kids would say, at least. There are a lot of adults that would see ‘Zorro‘, the toothy Armand from ‘Interview With The Vampire‘, El Mariachi from Robert Rodriguez’s Mexico Trilogy and if you ask me, I’d say he was Che from ‘Evita‘. He has the most beautiful tenor voice and I was entranced quickly by his Spanish good looks and enchanting sound. He couldn’t really pull it off as the lead in ‘The Phantom of the Opera‘, but that’s a different story. 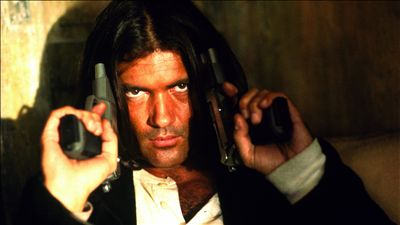 The latest film from Banderas dropped a trailer today. ‘Automata‘ is a sci-fi thriller from director Gabe Ibáñez. It takes place in 2044 where robots are pervasive, instead of operating under Asimov’s three laws of robotics as in ‘iRobot‘ there are only two that delineate a peaceful and productive life alongside their human counterparts. Banderas will play an insurance agent of the ROB robotic corporation who discovers that the robots may be more human than people are led to believe. Kind of like a ‘Robocop‘ and ‘Short Circuit‘ kind of thing. In spite of the slightly stale storyline, this one is still going to have some surprising twists to it. Dylan McDermott is the token robot-bashing human among a cast that is pretty remarkable. Melanie Griffith, Robert Forster and Birgitte Hjort Sorensen. Check out the trailer below.

The project is set to release in theaters and VOD October 10. As a bonus, check out a video of Banderas from ‘Evita‘. He’s amazing!