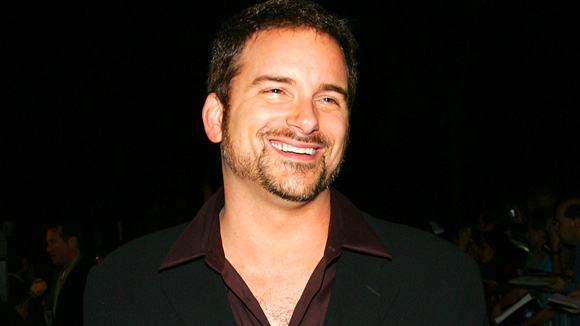 Everyone has favorite directors or writers and Shane Black has been one of mine since I fell in love with his work in the late 80’s. The first character that took my breath away was Martin Riggs from ‘Lethal Weapon‘, he also wrote ‘The Monster Squad‘ and gave birth to the line that any true 80’s child will say when they hear that film name – “Wolfman’s got nards!”  That’s when I took note of Shane Black and thought he was an under-rated gem in the writing world. That was quickly followed up with ‘The Last Boyscout‘ and ‘Last Action Hero’ films that supported the original idea that Black was talented and the first films were NOT a fluke.  Black then proved his mettle as a director/writer with the snarky offering into the world of noir with ‘Kiss Kiss Bang Bang‘. This was Robert Downey Jr’s love song to Hollywood that signified the turning point of his career from troubled actor, to serious phenomenon ready to be taken seriously. Black gave him the direction and the words and RDJ slammed the ball out of the park. Black’s latest foray into directing came from ‘Iron Man 3‘ when he re-teamed with RDJ. He has 3 other projects in the wind at the moment with ‘The Nice Guys‘ a ‘Predator‘ reboot and ‘Doc Savage‘. 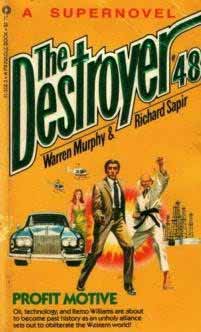 We can add a new title to the list of projects Black is attached to. Sony seeked Black out to direct ‘The Destroyer‘ from a script written by ‘Fight Club’s Jim Uhl. The first novel written by Warren Murphy and Richard Sapir was adapted for film use in the 80’s when Fred Ward took on the role of Remo Williams. There is plenty of material to work with considering the novels took on a life of their own when different writers contributed and they number close to 150! There are a ton of stories that can be told from that kind of lineage. Uhl worked with James Mullaney on the script, Mullaney co-authored some novels and saw their completion in 2008.

The hero is Remo Williams, a newark cop framed for a crime and sentenced to death. The government then fakes his death so he can be trained as an assassin for the furitive agency CURE set up by President Kennedy to defend the country by working outside the law. Needless to say, this opens up the possibilities for tons of unique villains, allies and story lines in general. The publication seems like a perfect fit with Black’s directing style. We’re going to have some killer action sequences that are peppered with humor. No news yet on casting, but the story is just developing and when we have more information, we’ll pass it on.