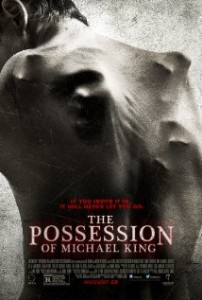 It takes a lot for a horror film to scare me. But the thought of sitting through The Possession of Michael King a second time does just that. Make no mistake. I do not come to praise this movie. I come to bury it.

Imagine, if you will, a movie that incorporates all of the most overused and least effective tropes employed by horror films in the last twenty years. The strange sound effects of The Grudge. The alternating slow-fast movement of The Ring. The umpteen million cameras of the Paranormal Activity franchise. Still looking forward to seeing this? Then I’ve got my work cut out for me. Let’s continue.

Add to the preceding a script that, at its core, makes absolutely no sense. The aforementioned Michael King loses his wife in a tragic accident (is there any other kind?), and—despite the fact that he is now the sole parent of a young child—he decides to devote his energies to a documentary that will disprove the existence of the supernatural. To this end, he allows himself to be the center of experiments involving the summoning of demons and necromancy, only to discover too late that, well, DOT DOT DOT. I’m sure you get the picture.

It ain’t that original. 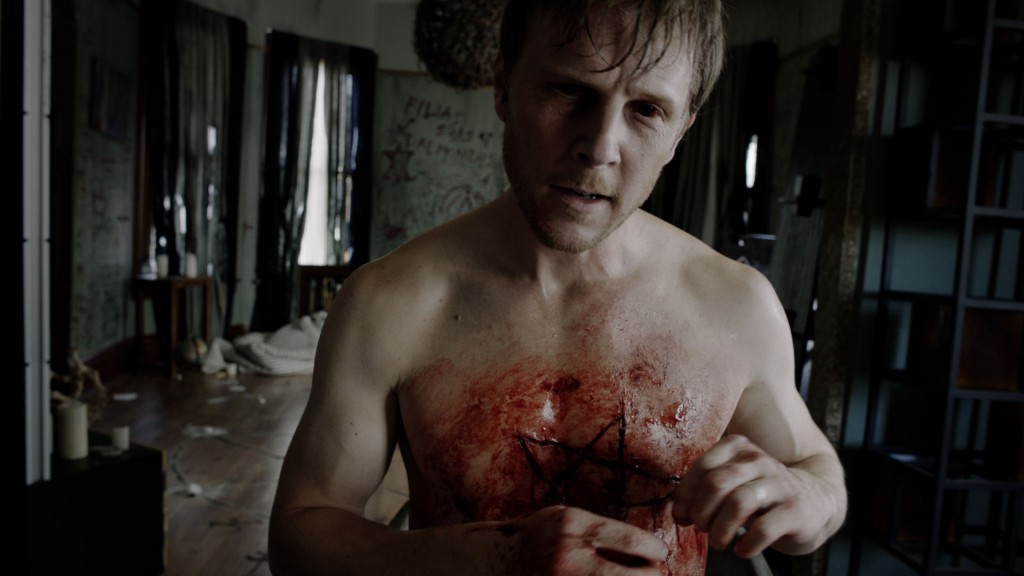 At just over an hour, the movie runs out of steam within the first twenty minutes after it becomes apparent that no one beyond our protagonist, played by Shane Johnson, will be given anything whatsoever to do. Even he’s a slave to the bad writing, intermittently saying aloud what we, the audience, have just witnessed for ourselves and writhing around as if his underwear’s been laced with Icy Hot. He’s possessed, after all.

It’s difficult not to feel sorry for him. But then I think that he might not have had to sit through the finished product.

Ultimately, I’m going to lay this disaster at the feet of David Jung, first-time screenwriter and director. Perhaps it’s not accurate to describe his work as bad. In all honesty, I feel like I’ve never really seen his work because nearly everything that occurs in The Possession of Michael King has been lifted from other films. Maybe Jung’s next endeavor will be possessed by a little originality, but in the meantime I’d recommend giving this movie a pass.