There are few actors as widely known in Hollywood as Johnny Depp is right now. If you take his fan base and star power and attach it to a  writer-filmmaker of remarkable erudition like Kevin Smith, what results is going to be momentous. Smith has a farcical sense of humor and everything he writes is peppered with the same wry commentary that is fan-freaking-tastic!

The project is ‘Yoga Hosers‘. Two 15-year old yoga enthusiasts who have an after school job at a Manitoba convenience store called Eh-2-Zed,  team up with a legendary man-hunter from Montreal named Guy Lapointe (Depp) to battle with an ancient evil presence that is threatening their big invitation to a Grade 12 party. They fight for their lives with all seven Chakras, one Warrior Pose at a time. With Smith’s last film being ‘Tusk‘, this doesn’t seem as crazy as one would originally think reading this by-line. Smith’s creations Jay and Silent Bob are superheroes, at least their alter-egos are as Bluntman and Chronic, and this film is being described as a comic book movie, so this isn’t really outside of Smith’s wheelhouse.

Smith is writing and directing, Johnny Depp is featured, but who are the yoga enthusiasts? I’m pretty sure it was “Bring your daughter to work day” because Smith and JDepp have done just that. Their progeny, Harley Quinn Smith and Lily-Rose Depp will star in the comedic caper.

This film is part of Smith’s True North trilogy of movies that are immersed in Canadian myths and culture. ‘Tusk‘ was the first of the triad and is set to premiere at the Toronto Film Festival next month. Both Smith and Depp juniors appear in the transformative film. In a way that’s typical for many filmmakers, Smith is scattering characters from previous films throughout the triumvirate. Other familiar faces from ‘Tusk‘ are Michael Parks, Justin Long, Haley Joel Osment, Genesis Rodriguez, Ralph Garman and Harley Morenstein. The familiar face of Jason Mewes joins the players from ‘Tusk‘ along with other newcomers to the trilogy Natasha Lyonne, Tony Hale, Austin Butler, Adam Brody and Tyler Posey….and yes, the characters from ‘Clerks‘ appear for a short period in ‘Tusk‘, of course, I’m hoping they will make an appearance in this one, too. 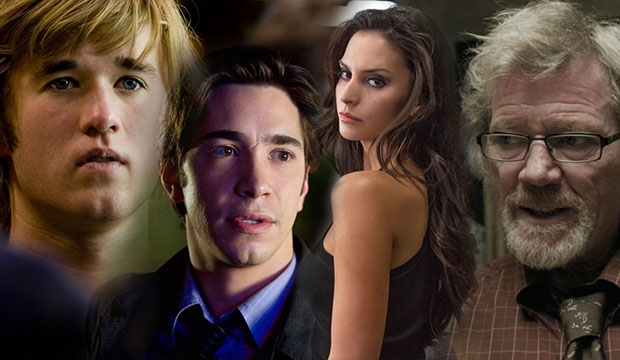 Smith is a true comic book fan and he has several issues from both Marvel and DC to his writing credit, says this is what he considers his entrance into the comic book genre. “People always ask me ‘Are you ever going to make a comic book movie? This is it – but instead of yet another dude saving the day, our antiheroes are the most feared and formidable creatures man has ever encountered: two 15-year old girls.”  Production company StarStream’s CEO Kim Leadford said, “The timing couldn’t be more perfect as so many production companies are struggling to find content to fill a serious void in the market of female superheroes and antiheroes. And it’s pretty exciting to have their dads making the film with them.”

I’ve never hidden my love for all things in the View Askewniverse, and look forward to this addition to the prolific canon of awesome entertainment.