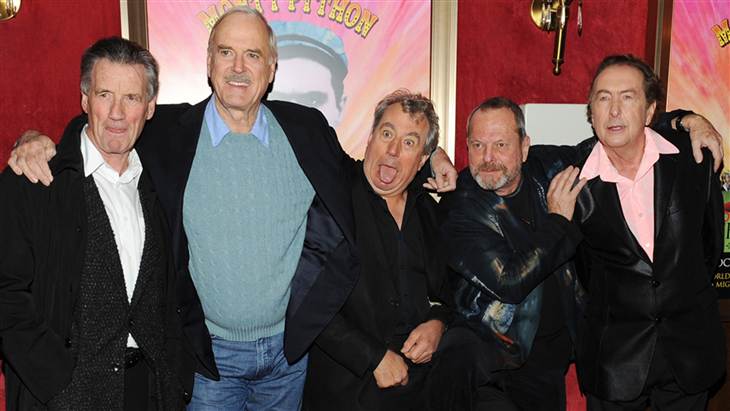 We were teased with knowledge it was being put together, we were tormented when we got to do the reddit live Q&A with the legends. Now it’s almost so close I can taste it! If you’re unsure of who I’m talking about let’s talk about how a 5-ounce bird possibly carry a 1-pound coconut? If you still are unsure of who this great group of people are, you should be banished. But seriously, this material has been around for 40 years, you should have to face the Black Knight. Don’t worry about his appearance, it’s just a flesh wound. 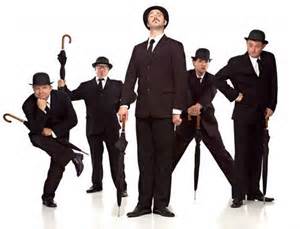 If you’re slow on the pick-up here, I’m talking about none other than the original and funniest of comedy troupes….’Monty Python’! If you’re still unfamiliar with the group, I suggest you get thyself to YouTube and plug in the name. You can’t turn away until you understand the deathly scare of the White Rabbit, the Knights who say Ni, or, at bare minimum know why the black knight is the most hilarious bit. If that still makes no sense, then commence to walk, with any of the walks of your choosing from the ‘Ministry of Silly Walks’, to the video rental source of your choosing and walk away with enough hours of material to make you a savant in ‘Monty Python’s’ culture. 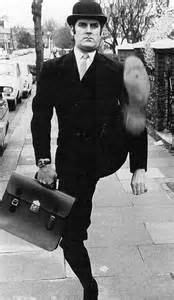 This was my long-winded way of telling you all that the LIVE reunion we were promised and have been waiting for is getting CLOSE! Fathom Events and Picturehouse Entertainment invite you (like a Python fan NEEDS an invitation?) to experience the comedy legends at ‘Monty Python’s’ long-awaited reunion when ‘Monty Python Live (mostly)’ is broadcast LIVE to cinemas nationwide on Sunday, July 20 with rebroadcastson Wednesday, July 23 and Thursday, July 24. This will be the first time in over three decades, the legendary comedy troupe will be performing live on stage together at London’s famed O2 Arena.

The group consists of John Cleese, Terry Gilliam, Eric Idle, Terry Jones and Michael Palin. Graham Chapman will not be there due to a previous engagement with throat cancer. When Chapman passed in 1989, no one expected to see the rest of the group carry on without him. It wouldn’t be the same without him, much like Led Zeppelin‘s breaking  up after John Bonham’s death. (Yes, I love Zeppelin and have to insert random facts where ever I can). 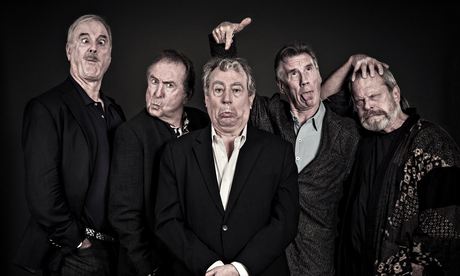 The remaining members have a combined age of just over 361 will have a ten night run at the O2 Arena in London. They open on Tuesday and it will be a cross between theatre and rock concert with dancers and a full orchestra.The scale of the last-night operation is particularly striking. “It is a world event and that’s really quite exciting,” said the show’s driving force Eric Idle. “It means we’re actually going to say goodbye publicly on one show. Nobody ever has the chance to do that, the Beatles didn’t get a last good night.”But, Cleese said: “The one on the 20th really is the last show and I think we all feel very content with that. We weren’t sure at one stage, I certainly felt it might be fun to go and do America but the more I thought about it, I thought: ‘I don’t really want to.’ It’s much better to try and do it once really well in England, where it started, and let’s leave it at that.”There will not be new material – “It would be folly to try and write better things than are there,” said Idle – but sketches will be reimagined and there will be surprise guests including Stephen Hawking and Professor Brian Cox.

Also announced on Monday was the first official ‘Monty Python’ fan club – 45 years after the group’s first appearance on the BBC. Called ‘Monty Python’s SPAM Club’, it was self-labelled ‘what may be the worst-run fan club in the world’.

For the first time in over three decades, comedy legends ‘Monty Python’ will be performing live on stage together at London’s famed O2 Arena. At a combined age of just 361, John Cleese, Terry Gilliam, Eric Idle, Terry Jones and Michael Palin will once again perform some of their greatest hits, with modern, topical, Python-esque twists. While Graham Chapman can’t be there physically, I have a feeling he will still be part of the show. Whether there is an urn onstage they keep referring to or something, these boys know comedy, but they know friendship even more. Chapman will be a staple of the show in one way or the other. If you’re like me, you’re going to go ahead get the tickets so as not to miss this amazing good-bye on an extremely grand stage from some of the best comedians with the biggest hearts.

So see if your cable carrier will broadcast the final show or hit your local theaters that run events at www.fathomevents.com/event/monty-python-live-mostly.