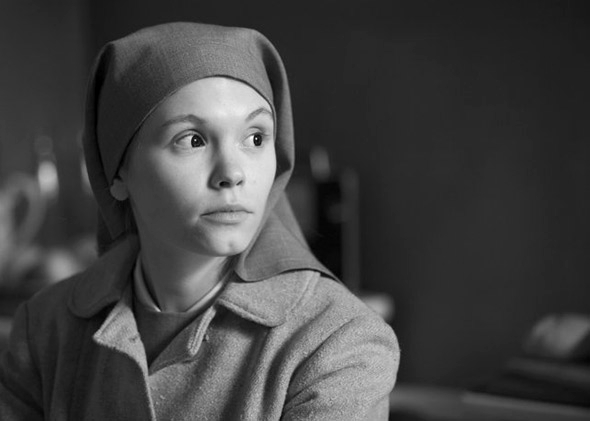 It’s hard to think of “Ida” as a film, although it certainly is a marvelous one.  Rather, it feels like a work of art that should be displayed on a museum wall.  Perhaps a big part of the feel is because of it’s incredibly efficient run time, like an iconic photograph or a masterpiece painting, it says a lot with very little.  It is a minimalist piece in every sense of the word, but it leaves an emotional punch that lingers.

The film itself is equally beautiful as it is haunting.  Shot entirely in black and white, focused primarily on very short, natural dialogue, the tone of the film is one of its most impressive qualities.  Visually, it is a bleak world, but only because it feels so real.

Set in 1960’s Poland, the historical backdrop serves as a framework for the much more personal story of the main character, Anna, portrayed by neophyte to the screen Agata Trzebuchowska.  We meet Anna as a young woman who grew up in an orphanage and is on the eve of taking her vows to join the Catholic sisterhood, but before she does, she is convinced to meet a long lost relative and learn more about her past. 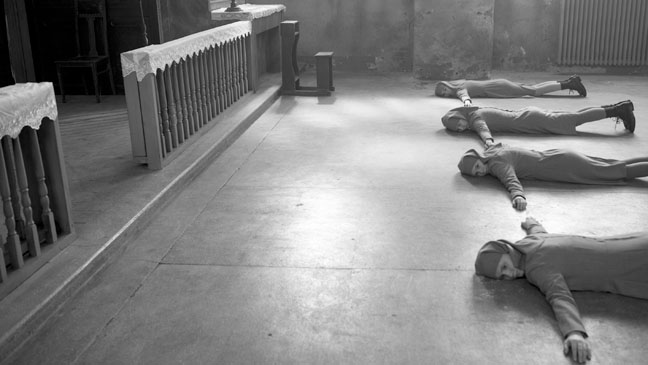 The overarching historical themes of World War II, the Holocaust, communism, and Poland’s place in this time in history reflects the characters through their own self discovery.  Their lives are affected by the world in which they find themselves; this is but part of the bigger puzzle as their beings are transformed through self discovery.

“Beautiful” is the best way to describe this film.  The actors master the art of portraying big ideas with small gestures.  The landscape is barren yet serene, and the themes are large, yet also personal.  It is a contradiction of a work, but the end result is most memorable in a strange melancholy peace that you are left with as the credits roll.