Film Review: ‘A Million Ways To Die In The West’ 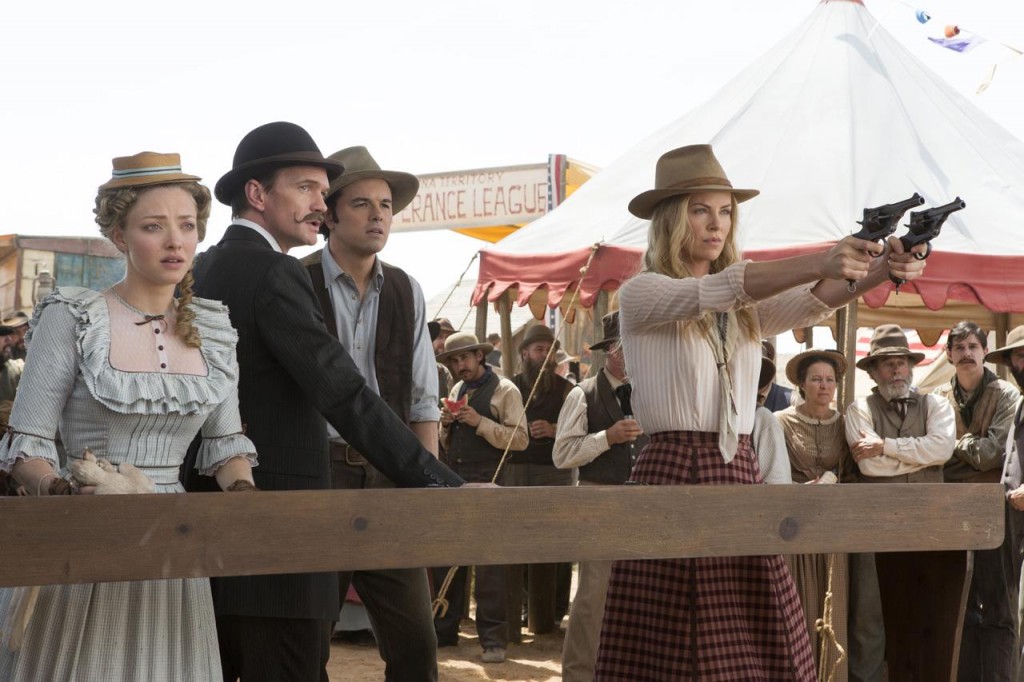 Seth MacFarlane is back with his second directorial effort with ‘A Million Ways To Die In The West‘. His first film, ‘Ted‘, which was a huge box office success, netting in almost $600 million from a budget of only $50 million, pretty much guaranteed that he would get to make any movie he wanted to in the future. MacFarlane is most known for creating and providing many of the voices for the cartoon shows such as ‘Family Guy‘, ‘The Cleveland Show‘, and ‘American Dad‘. All of which are family oriented shows. But with ‘Ted‘, he took it a couple of steps further and made a solid ‘R’ rated movie with tons of laughs and a decent story.

Well, if you thought ‘Ted‘ was raunchy, then you better hold onto your cowboy hats, because ‘A Million Ways To Die In The West‘ makes ‘Ted‘ look like a Disney film, when you compare just how vulgar it is. I’m sure a lot of people will want to compare this to ‘Blazing Saddles‘, as both films take place in the Wild West and are silly comedies. But I suggest you leave ‘Blazing Saddles‘ at the door, because you really can’t compare the two. ‘Blazing Saddles’ knows exactly what type of movie it is from the start and never tries to deviate from that. But with ‘A Million Ways To Die In The West‘, MacFarlane almost loses his way in what kind of movie it actually wants to be, rather it be a straight western, a silly comedy, a musical, or a drama. 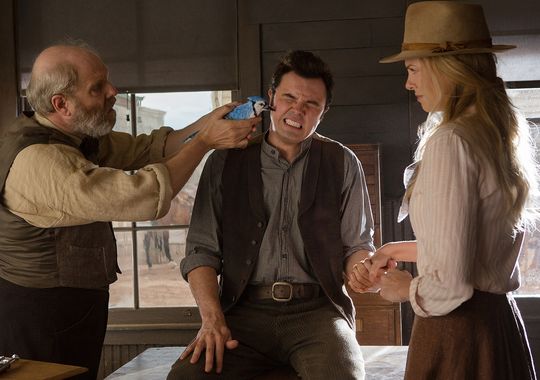 In it’s two hour runtime, you’ll no doubt laugh your ass off throughout at some of the jokes, but you might not find yourself connecting with any of the characters like you did with ‘Ted‘. This is basically MacFarlane’s opus to the wild west and has spared no expense in showing off the real beautiful locations in the middle of the desert where he built a town from the ground up and had tons of helicopter shots showcasing the amazing landscapes of rural New Mexico. The film focuses on Albert (MacFarlane) who seems to be way ahead of his time and not meant to live in the late 1800s. He runs his parents sheep farm fairly badly, and has a fear of just about everything. His one thing that keeps him from waking up every morning and making the gross wild west worth living in is his girlfriend Louise (Amanda Seyfried), who would rather be treated to riches than have a decent guy. Louise leaves Albert for Foy (Neil Partrick Harris), who owns a mustache growing and grooming business, and Harris just kills this role perfectly. Is there anything N.P.H. can’t do?

Albert’s best friend Edward (Giovanni Ribisi), a friendly and decent man and his girlfriend Ruth (Sarah Silverman), a prostitute who will do any sexual act with anyone, but wants to save herself for marriage to Edward calm Albert down in the local saloon where Albert goes on a ten minute hilarious rant on why the Wild West is so dangerous, hence the title of the film. Meanwhile, the most dangerous man in the southwest named Clinch (Liam Neeson), has his posse of thugs robbing and killing their way to steal gold and money. Clinch’s wife Anna (Charlize Theron) does not want any part of this life and seems more like a prisoner more than Clinch’s wife. After Clinch murders an old man for gold, he tells his wife to head down to the nearest town while he and his posse lie low and look for more scores. 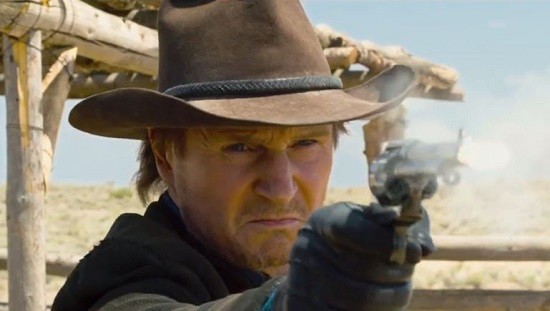 This is where Albert meets and Anna, and the two fall in love with each other, which Albert does not know of Anna’s current situation. From here the film plays out more like a romantic comedy with some silly humor thrown in for good measure with a glorious song and dance  number about mustaches, physical comedy in the vein of Looney Toons, and some sexual situations that could make any veteran porn star blush. But with all of these genres mixed in the span of a couple of hours, it seems that MacFarlane wanted to add every thing into one melting pot and not focus on the story as much as set up to punchline. But after saying that, ‘A Million Ways To Die In The West‘ is quite funny, and has some jokes that garner a belly laugh throughout.

Since MacFarlane has been in the TV business for more than twenty years, as he’s written, created, produced, directed, and provided his voice for numerous projects, it was only a matter of time before he cast himself in a live action movie as the main star. While I think MacFarlane is one of the finest voice actors around, he still needs a little work with his acting chops, and the movie could have benefited from not having him as the lead role, but rather another Hollywood A-Lister. 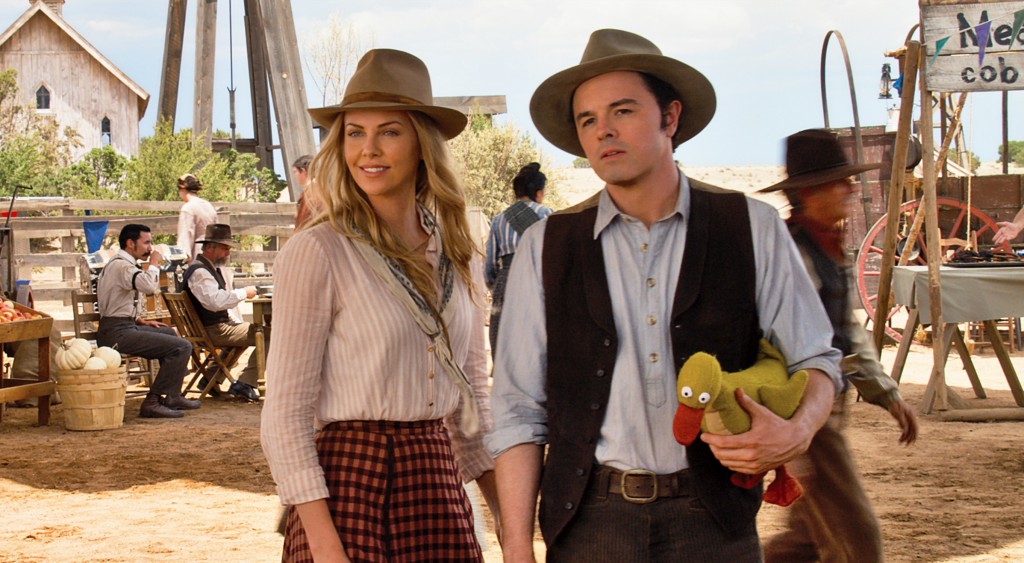 There just isn’t much there besides his good delivery on jokes. But everyone else in the film seems to have a great time with their roles and are tons of fun to watch. Two of the best aspects of the film are its epic score by Joel McNeely, which excites you from the get-go. It brings back memories of the old fun western films of adventure and romance. It is one of my favorite music scores in a long time. The other aspect is its cameos. There are tons of them and you will applaud at each single one. ‘A Million Ways To Die In The West‘ is largely funny, but lacks the character development and connectivity that was available in MacFarlane’s previous effort.