In a season finale that even I was impressed with, Walking Dead has ended its season with a cliffhanger that every fan can be proud of. There is reunion of characters in a new hell that we knew was coming.

The entire episode is focused on Rick, Michonne and Carl and the last part of their journey to Terminus. This episode also focuses on the finale of Rick’s journey though out the entire season with some flashbacks of him being taught how to farm at the prison. We see a full circle evolution back into the old Rick when the gang of criminals, with Daryl, finally catch up with him. It took the threat of the unimaginable against Carl for the old Rick to return. Rick tore out the throat of the ringleader and brutally slaughtered the one who threatened Carl. With the entire gang dead, Daryl is reunited with his friends without having to go to the dark side. Rick calls him his brother and what was three now turns to four.

It is at the outside gate of Terminus that we find out what happened to Michonne’s family. She shares with Carl how after a run, she came back to an overrun camp. She punished herself by creating a safety bubble with the bodies. It took Andrea, Rick and Carl to bring her back. Carl believes that he too is a monster. 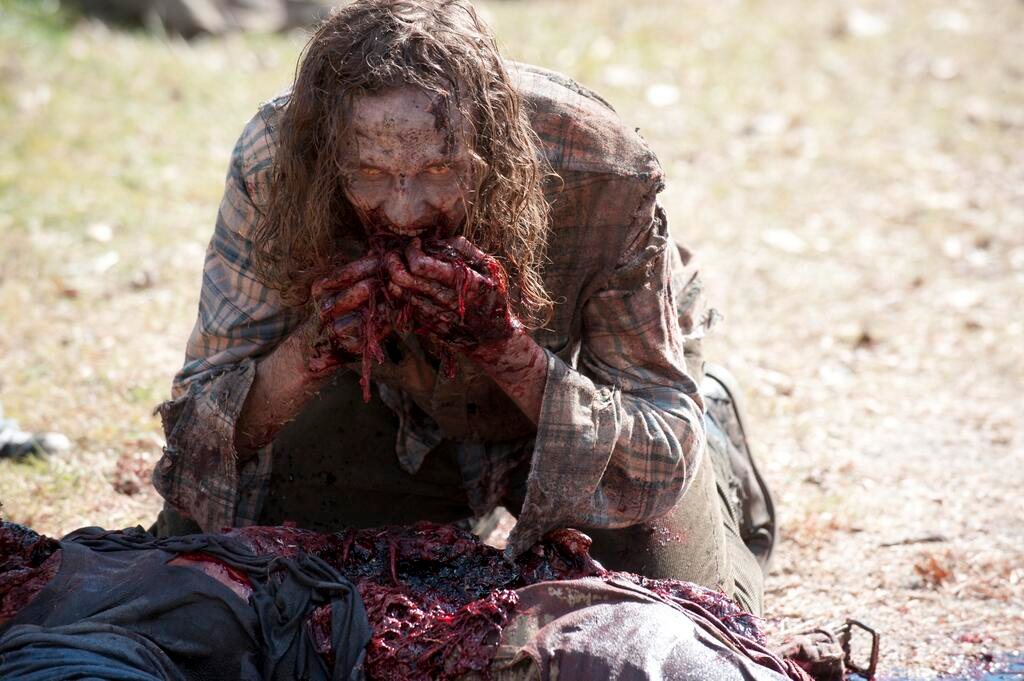 Rick’s crew breaks into the back gate of Terminus and walk into a sense of normalcy until they get food from Mary. Rick sees Glenn’s watch and all hell breaks loose. He holds the man hostage and asks where the watch came from as a sniper appears from nowhere. The question is brought up of where all the people are at.

As they make a run for it, a few things become obvious. 1. The people are crazy. 2. All the people are being kept in railroad cars. 3. There are a lot of human bones laying around.

The last scene has Rick, Michonne and Carl getting into a railroad car, reuniting with Glenn, Maggie, Sasha, Bob, Tara and the others. The final transformation for Rick was when he says that the people of Terminus have screwed with the wrong people. Farmer Rick is now gone as Warrior Rick has arrived.

So there are still questions left to be answered…. Where is Beth? Where is Carol, Tyrese and Judith? What is Mary feeding everyone? Is the secret really in the sauce?  Is Terminus now the new prison? We will all have to wait until October to get the answers we all so richly deserve.