The Original ‘Texas Chainsaw Massacre’ Turns 40 and Gets the Ultra HD Treatment!! 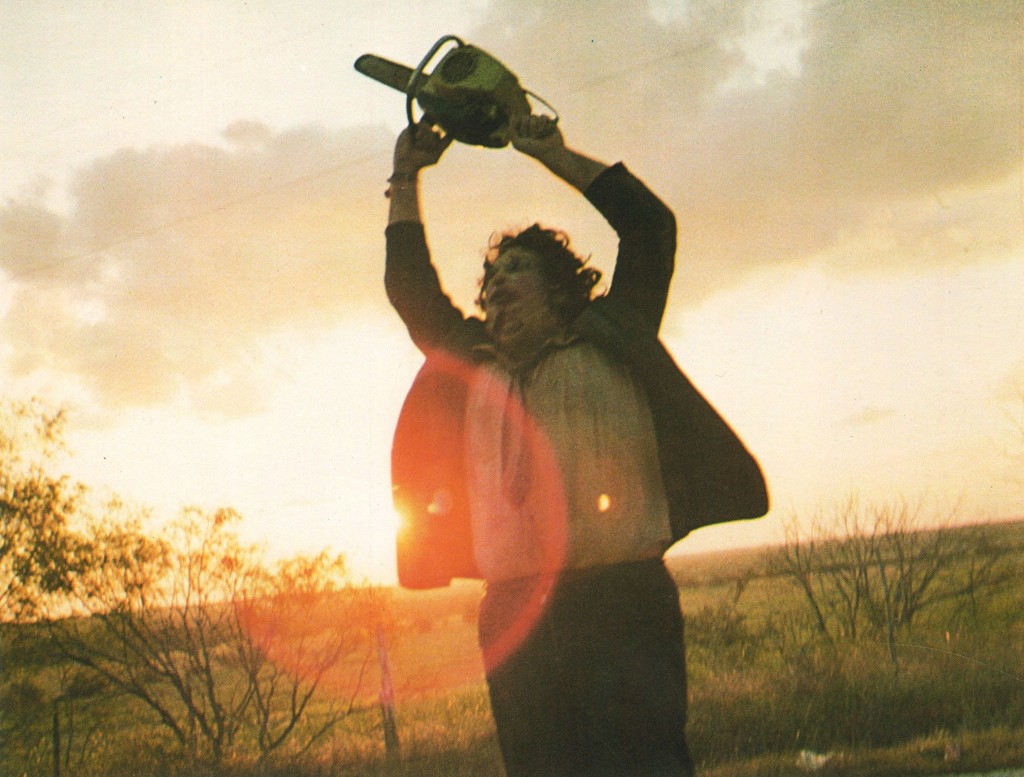 Grease up your chainsaws, put your masks on, and get some BBQ, because Tobe Hooper’s iconic horror film ‘The Texas Chainsaw Massacre‘ is 40 this year. In honor of it’s 40th anniversary of scaring an entire planet of people, MPI and Dark Sky Films have restored the original 1973 film and upgraded it to 4K resolution from the original 16mm print.

So what’s that mean? It means that it is more than double the 1080p quality, which is  the current standard for high-definition televisions. The new transfer was overseen by Todd Weineke of Dark Sky Films and Hooper himself. They needed nearly half a year of 40 hour work weeks to go through all 120,960 frames for the transfer to correctly color grade and restore every piece. Hooper was also involved in the new audio restoration as well.

“I haven’t seen ‘The Texas Chain Saw Massacre’ on the big-screen for many, many years,” he said. “This 40th anniversary restoration is absolutely the best the film has ever looked. The color and clarity is spectacular, displaying visual details in the film that were never before perceptible.”

Hooper shot ‘Texas Chainsaw Massacre‘ in 1973 around Austin, Texas with some college friends. The film ended up making over $30 million dollars at midnight shows and drive-ins, before it was invited to the 1975 Cannes Film Festival, and was acquired as a part of the Museum of Modern Art’s permanent collection. And the luck people at the SXSW festival in Austin this coming weekend will get to watch the newly restored film and brag to us how cool it is.