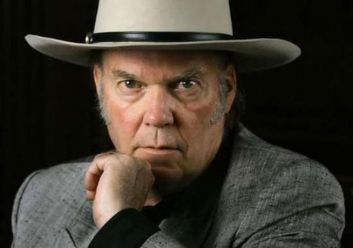 Neil Young is throwing his hat into the ring with the likes of Apple iTunes, Amazon.com, Spotify and Pandora. Young announced the newly formed Pono Music service. Pono is the Hawaiian word for ‘righteous’. Not only is Pono Music going to be a provider for select artists, but they are offering a custom-built $399 listening device. Sounds like fancy wording for the iPod. Their music offerings, when played through the Pono Player, will give an ultra high-quality digital listening experience.

Like their competitors, Pono Music will sell songs online for playback on the Pono Player. Pono Music is hoping to include selections from major labels and prominent indie labels, of course we don’t have any idea right now as to whose music is going to be included. “It’s about the music, real music. We want to move digital music into the 21st century and PonoMusic does exactly that,” Young, founder and chairman of PonoMusic, said. Young’s label is Warner Bros. Records, I imagine other artists from the same label will be following Young into the 21st century. There are sure to be those out there that are not happy with mp3 playback from iTunes or Amazon and will jump at the chance to buy into anything promising higher quality. In addition to buying songs individually, there will be a streaming service available. The PonoPlayer promises “no-compromise” audio quality to let consumers “experience studio master-quality digital music at the highest audio fidelity possible, bringing the true emotion and detail of the music, the way the artist recorded it, to life,” the company said.

If you want the best quality sound you can get and do pay $399 for the player, you will have to buy new earbud and headphone products that can help you receive the music at the optimum level of quality. The PonoPlayer has 128 GB of memory, this equals to roughly 1,000-2,000 high-resolution digital-music albums. Memory cards can be used to store and play different playlists and additional collections of music.

I like the idea of 128 gig of memory, but there is no way I’m paying $399 just for a little better sound quality. To quote one of my favorite Lynyrd Skynyrd songs, “I hope Neil Young will remember, a Southern man don’t need him around anyhow.”