Showtime continues to cement it’s place in series-TV. Pulling in stellar numbers in the coveted Sunday night viewing lineup. Today, David Nevins, President of Entertainment with Showtime Networks announced the production company has renewed the full winter Sunday night line-up.This means ‘Shameless‘, ‘House of Lies‘ and  ‘Episodes‘ are all sticking around for another season each.

‘Shameless‘ is averaging 5.5 million weekly viewers currently at it’s highest-rated season. ‘House of Lies‘ is averaging around the three million viewers per week mark which keeps it steady with it’s second season. Last week’s episode outperformed all premium competitors in the time period across the board. 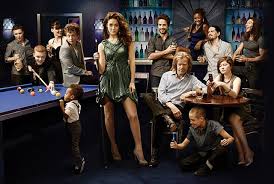 ‘Shameless‘ features William H. Macy and Emmy Rossum along with a cast that flows as if they were born a Gallagher and not just playing one on TV. The story of the Gallagher family lets us all feel just a little bit better about our own families as we watch dad remain in a drunken stupor, mom has been out of the picture forever and the oldest sibling Fiona, played by Emmy Rossum, tries to hold the family together with so-so success.

‘House of Lies‘ is another edgy and provocative hit comedy series from the cabler. Don Cheadle who is in a twice Emmy-nominated and Golden Globe-winning role leads the cast as Marty Kaan, a man with the pursuit of one thing only: power. His grasp for power is complicated by his co-workers and their inner-relationships, his sexy co-conspirator Jeannie (Kristen Bell) and Clyde and Doug played by Ben Schwartz and Josh Lawson, respectively. He is challenged at home with unwanted advice from his psychoanalyst father and unrelenting obstacles from his ex-wife and trying to be a loving father to his son. 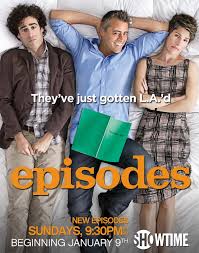 ‘Episodes‘ takes real life and presents it as fiction.  A lot of new series we’re presented with or being shopped in Hollywood begin as a British series and the hope is to turn it into an American hit. ‘Episodes‘ is the story of a British husband-wife pair of writer-producers that have a hit tv series, and are leading a happy life until a Hollywood network executive convinces them their show is perfect for an American counter-part. After a hefty sum of money is exchanged, the pair are in Hollywood and learning the ropes of Hollywood and swimming with the sharks. Losing control of the show and dealing with manipulative lead, ‘Friends‘ alum Matt LeBlanc. If the past is an example of what the future will bring, Showtime will be leading the charge in network series for years to come.