We’ve seen reported how big her house is, what her kids’ tree house is going to look like, what she wears and who she reads. It makes complete sense that she might want a low-key approach to her next book. How do you do that if your name is a house-hold favorite? You take a pen-name. Last Year, Rowling released her first piece of non-Harry Potter fiction. She used the name Robert Galbraith to release ‘The Cuckoo’s Calling‘. It was to be kept completely quiet who the real writer was. It was kept quiet until one of the lawyers with the information, told just one person at a party, we know how the rest went. 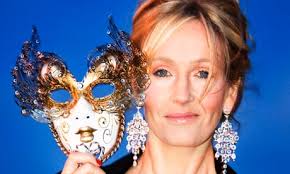 ‘The Cuckoo’s Calling‘, a crime fiction offering from publisher Little, Brown, is being followed up by ‘The Silkworm‘ to be published on June 19. The book sees the return of PI Cormoran Strike and his assistant Robin Ellacott. The synopsis released by the publisher is this:When novelist Owen Quine goes missing, his wife calls in private detective Cormoran Strike. At first, Mrs Quine just thinks her husband has gone off by himself for a few days (as he has done before) and she wants Strike to find him and bring him home.

“But as Strike investigates, it becomes clear that there is more to Quine’s disappearance than his wife realises. The novelist has just completed a manuscript featuring poisonous pen-portraits of almost everyone he knows. If the novel were to be published, it would ruin lives: meaning that there are a lot of people who might want him silenced.

“When Quine is found brutally murdered under bizarre circumstances, it becomes a race against time to understand the motivation of a ruthless killer, a killer unlike any Strike has encountered before… “ 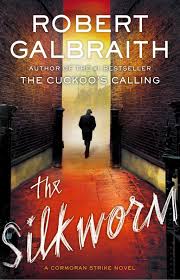 After her name was given with the first book, she took legal action against the firm that leaked the information. Successful in that, she donated the damages she was awarded to charity. With those of us that loved the world of Harry Potter, there are still things to look forward to. The website Pottermore lets us read the books in a whole new way, there is The World of Harry Potter at Universal Studios, A stage play Rowling will co-produce and feature films based on characters introduced in the source novels. If that’s still not enough, you can always make your own Butterbeer from a variety of recipes.