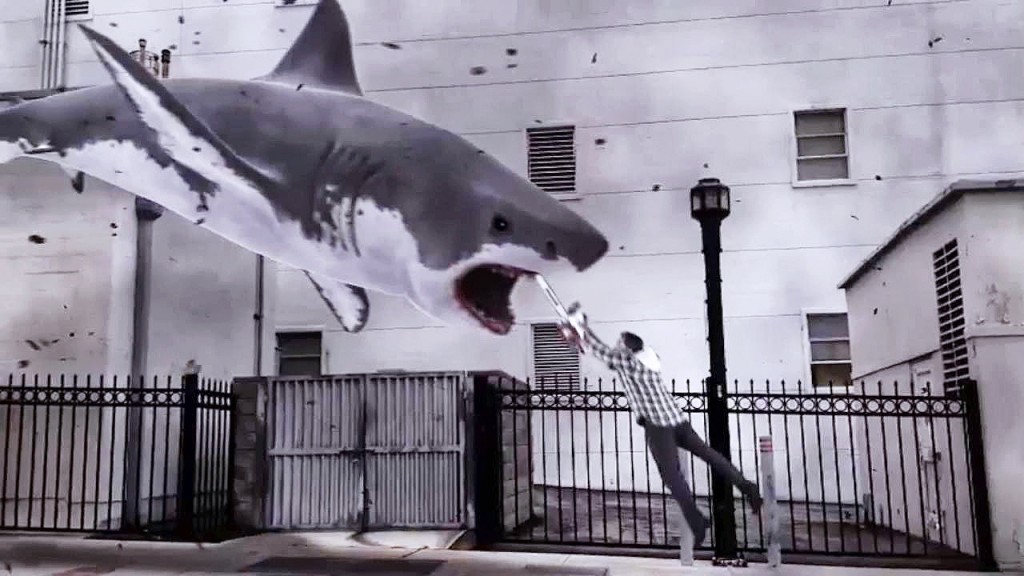 We already know that there was going to be a ‘Sharknado‘ sequel, and that the execs in charge of the film went to Twitter to come up with a title for the second film. Now we have ‘Sharknado 2: The Second One‘, and moves the location from Los Angeles to New York. But now it has its perfect cast, which is all new. And the choices are just amazing and at the same time, ridiculous.

Well maybe not all new, as SyFy dis say that Ian Zierling and Tara Reid would be traveling to the big apple for the sequel, but they are bringing some friends along for the insane sharped-tooth ride. Vivica A. Fox, Mark McGrath, Kelly Osbourne, Andy Dick, Judah Friedlander, and Judd Hirsch have all been cast in the sequel. Commence laughter and smiles.

“Anthony Ferrante is again directing the screenplay by Thunder Levin – this time about a freak weather system that turns its deadly fury on New York City, unleashing a “sharknado” on the city’s population and its most iconic sites , with sharnado experts Fin (Ziering) and April (Reid) the only ones able to save the city.”

The cast breakdown is below: