John Oliver Is Taking Over HBO!! 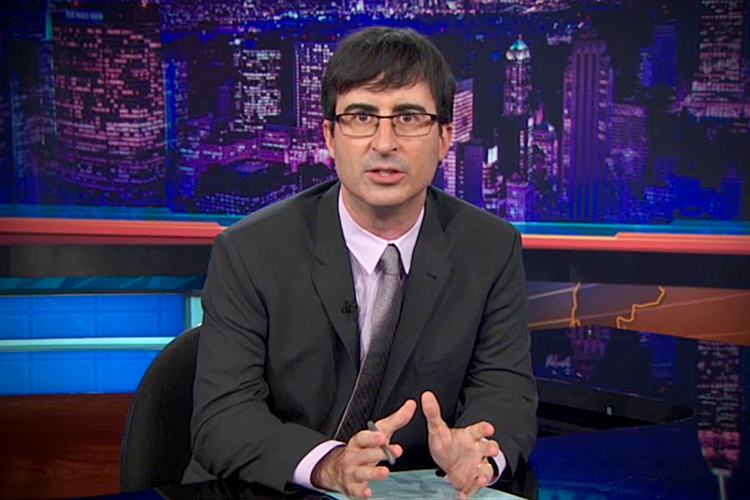 The show will be produced for HBO by Avalon Television, with John Oliver, Tim Carvell, James Taylor and Jon Thoday serving as executive producers, and Liz Stanton producing.

An Emmy®– and Writer’s Guild Award-winning writer, John Oliver was previously a correspondent for “The Daily Show with Jon Stewart,” joining the show in 2006. He first came to prominence as a cutting-edge political stand-up performer in the UK with a string of TV appearances and sold-out solo shows at the Edinburgh Festival. Oliver won the Breakout Award at the Aspen Comedy Festival in 2007 and went on to write and star in the Comedy Central stand-up special “John Oliver: Terrifying Times,” followed by the series “John Oliver’s New York Stand Up Show,” which he has hosted for four seasons. With longtime collaborator Andy Zaltzman, Oliver co-writes and co-presents the popular weekly satirical podcast The Bugle, which currently receives more than 500,000 downloads a month. He also has a recurring role on the comedy series “Community.”

Oliver’s tenure as guest host on “The Daily Show with Jon Stewart” in summer 2013 prompted critical raves. The New York Times called him “clever and winning,” while TV Guide proclaimed, “John Oliver shines.” The Los Angeles Times described him as “instantly memorable,” and said, “John Oliver has proven himself funny in many venues.”