We are proud to announce that we have partnered up with BBC and Fathom Events to give five pairs of tickets away to the 50th Anniversary Event of ‘Dr. Who‘. The event will take place on November 25th at AMC Stonebriar in Frisco, TX. You will have tickets to the screening of ‘Dr. Who: The Day of the Doctor‘ in 3D. This event won’t be everywhere, and the DFW area was selected as one of the few cities in America to host this special event.

What do you have to do to win??

Send me an email at BOOMSTICKCOMICS@GMAIL.COM and tell me about your favorite Dr. Who episode and why it’s your favorite. Contest starts now and ends Thursday the 21st.  Winners will be notified by email, so in your submission, be sure to include your email address and phone number. Each ticket is good for two people. 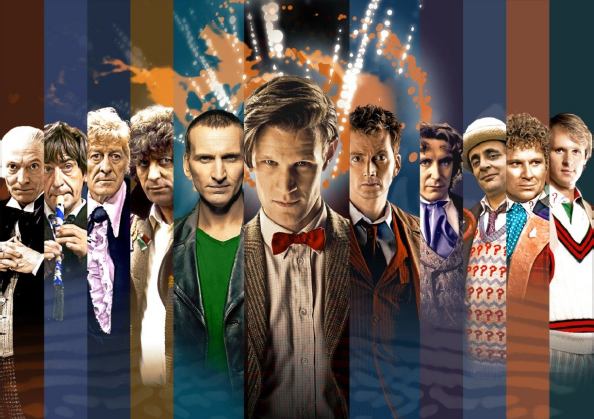 The festivities won’t stop there: BBC AMERICA and NCM Fathom Events are teaming up for the first time to continue the celebration, giving fans across the U.S. a chance to experience Doctor Who: The Day of the Doctor in RealD™3D on Monday, November 25 for only one night in more than 300 select cinemas. Tickets will be available at participating theater box offices and online at www.fathomevents.com. For a complete list of theater locations and prices, visit the NCM Fathom Events website (theaters and participants are subject to change). The event will be broadcast via the new digital cinema projection systems.

Soumya Sriraman, EVP Home Entertainment and Licensing for BBC Worldwide North America, commented: “Doctor Who’s 50th Anniversary is truly a global celebration and we’re thrilled to bring the special to the silver screen. Our partnerships with Cinemark, AMC, Regal Cinemas and NCM Fathom Events will give fans, on November 23 and 25, the opportunity to see the Doctor in a whole new way – in RealD™ 3D.”

Since its launch in 1963, Doctor Who has become one of the world’s best loved dramas and is certified by the Guinness Book of World Records as the most successful sci-fi series ever.  Doctor Who is BBC AMERICA’s highest-rated series and has received numerous awards across its 50 years. The series has enjoyed success off-air with over 10 million DVDs and 8 million action figures sold globally and is the BBC’s top series on iTunes in the U.S. and UK. BBC Worldwide, the commercial arm of the UK broadcaster, distributes Doctor Who to over 200 territories across the world.

“The Day of The Doctor is upon us and fans of the BBC AMERICA sci-fi series Doctor Who have the opportunity to see the time-travelling adventures like never before in 3D from their local movie theater,” said Shelly Maxwell, executive vice president of NCM Fathom Events. “There’s never been a better time to be a Whovian during the 50th Anniversary celebration of this huge BBC hit that’s invaded America .”