‘Preacher’ is Headed To AMC, With Seth Rogen Producing?!?!? 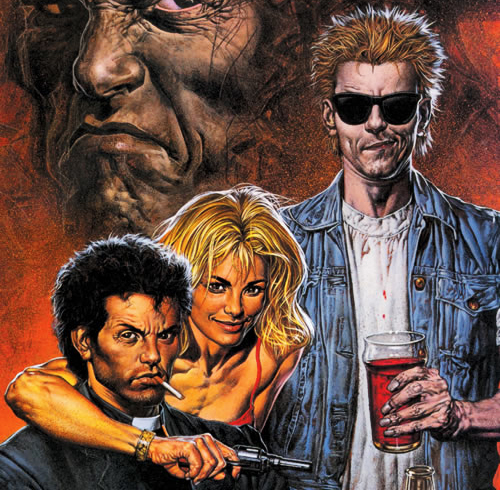 I don’t want to believe any of this, because I’ve been hurt and burned so many times with this project, that I don’t think my mind, body, soul, and testicles can take it anymore. There have been countless attempts to adapt the comic book series ‘Preacher‘ by Garth Ennis for years now. We’ve even written about it on this site many times. Now, it seems that there is finally some steam and a new company wanting to develop this amazing and sadistic story. And that company is AMC.

Years ago, it was a project that HBO was developing. It got so far, that it had make up tests done for the character Arse-Face, and they cast James Marsden as the lead role of Jesse Custer. But it fell through. Then there was a film adaptation in the works with Sam Mendes (‘American Beauty‘), sitting in the director’s chair. But that fell through. And there must have been a dozen other attempts at this, but all have failed…until now it seems. But I’m not holding my breath. 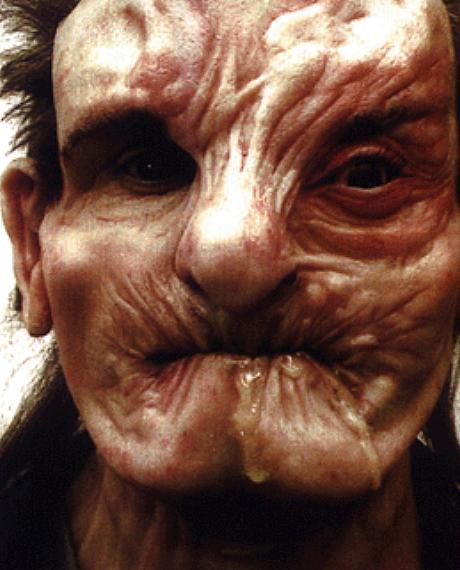 AMC has had quite a few amazing tv shows in their past. With ‘Breaking Bad‘ over, and ‘Mad Men‘ on their final season, it seems that the network needs a new big tentpole series. And supposedly, they have picked up ‘Preacher’ for a pilot. If you are unfamiliar with ‘Preacher‘, you must purchase the graphic novels immediately. It’s one of the best stories out there. It follows the story of a whiskey drinking Texas preacher named Jesse Custer who loses his faith in God when a supernatural force called Genesis is created by an Angel from heaven and a demon from hell procreate, and lands in front of Jesse, thus killing hundreds of people in his town. But now, Jesse has an amazing power and is on a mission with his criminal girlfriend and an Irish vampire to seek out God and make him answer for his crimes.

It’s a super intense comic and is not for the faint of heart. It’s on an epic scale with tons of bizarre locations, murder, rape, blood, and of course ‘The Saint of Killers’, which Samuel L. Jackson at one point expressed interest in playing. Oddly enough, Seth Rogen might be involved with this project as he took to his twitter account yesterday and said, “Looks like about seven of years of hard work are about to pay off. I may get to bring one of my favorite stories ever to life. Arseface. John Wayne, The Saint of Killers.”

Now this being on AMC, it definitely won’t be as hardcore as it needs to be, but with ‘The Walking Dead‘ and ‘Breaking Bad’ pushing the bounds, it might just work, but ‘Preacher’ is definitely more insane than the above mentioned shows. I really do hope they get this right and it comes to fruition. Because, this is one project, comic book fans have been clamoring to see on the big screen or small screen for about two decades now.