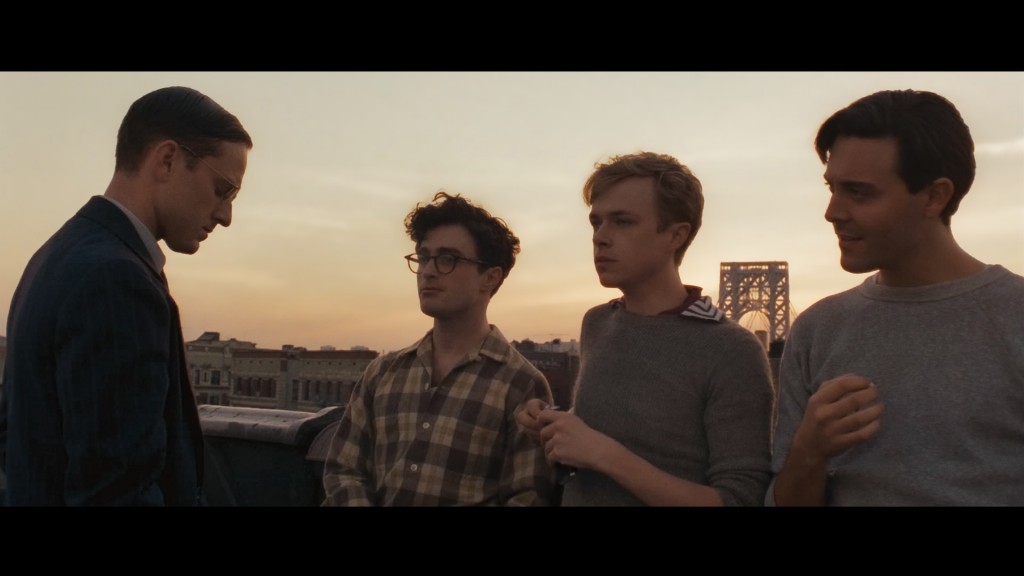 Over the past couple of years, we have had a string of films based on the Beat Poet generation that spawned writers and poets Allen Ginsberg, William Burroughs, and Jack Kerouac. Some have been documentaries, some have been narratives on their successful careers, but none have covered the in depth time period where all of these writers met in college and were part of a murder. First time feature filmmaker John Krokidas knocks it out of the park with his jazzy, drug induced opus that is called ‘Kill Your Darlings‘.

This film shows the very start of the Beat Poet generation and the friendships, influences, and predators that shaped these iconic writers that we know and study today. ‘Kill Your Darlings‘ starts out as if you were watching a movie in the vein of ‘Se7en’, as we’re in a jail cell with Allen Ginsberg (Daniel Radcliffe), talking to his supposed friend who has just murdered somebody. But then we cut to earlier in the year, where the young Allen Ginsberg is heading out to college for the first time.

This is a difficult decision for Allen as his father Louis (David Cross, who has actually played Allen Ginsberg), wants his son to stay home and look after his unstable and schizophrenic mother Naomi (Jennifer Jason Leigh). But the two men decide that Allen must indeed ship off to Columbia for school, which Allen is clearly emotional about. During his orientation, an older student named Lucien Carr (Dane DeHaan), a witty and very charismatic guy leaps on the library desk and start to shout out sexually explicit writings from Henry Miller. This peaks the interest of Allen immediately. 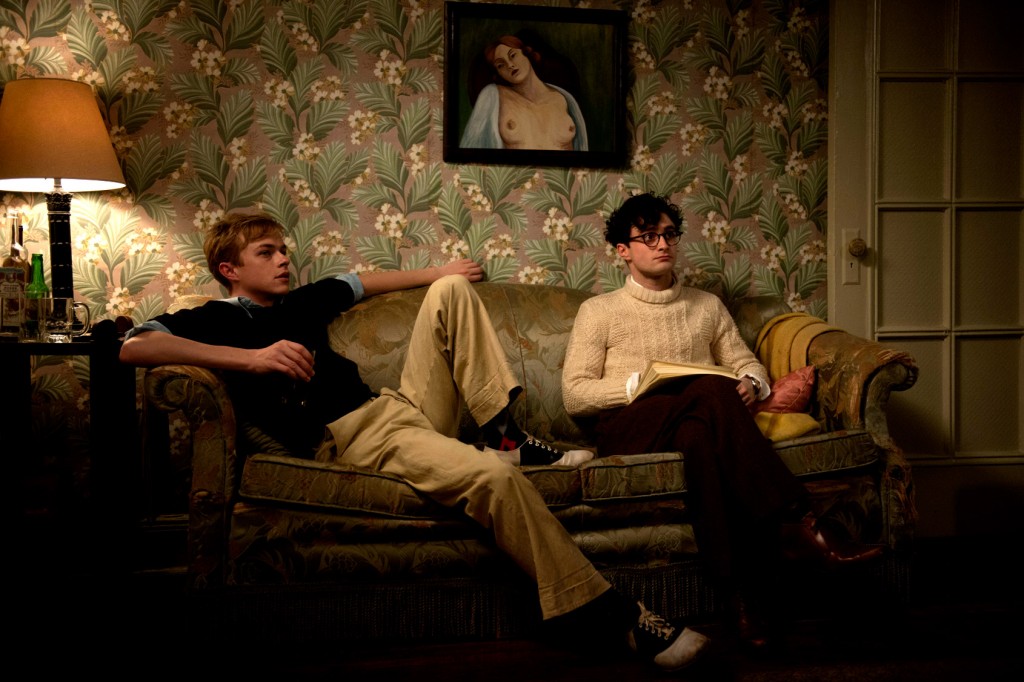 In his poetry class, Allen comes head to head with his professor, which in turn peaks the interest from Lucien, and the two become friends. Lucien then takes Allen under his sick and twisted wing, showing him the insane nightlife in New York, jazz clubs with sketchy characters, and a great deal of drugs that would excite Hunter S. Thompson. The two friends head to an apartment party hosted by David Kammerer (Michael C. Hall), who seems to have an obsessive and unnatural interest in the young Lucien. But at this apartment, which is lined with old books, wine glasses, and drugs, Allen meets Burroughs (Ben Foster), who is first seen in a bathtub, fully clothed inhaling nitrous oxide. A little later he is introduced to Kerouac, (Jack Huston), the older of the bunch who is charming and tough, and seems to have problems with his girlfriend Edie (Elizabeth Olsen), who in my opinion is not used to her full talent here.

Sooner than later, we see what Lucien’s real relationship with David is, and it isn’t pretty as Lucien’s mom (Kyra Sedgwick) explains it. But Allen is coming to terms with his who he is as well, as he begins to show feelings for Lucien, but soon learns that Lucien uses his charm and sex appeal to only get what he wants, and when he receives it, the latter is done as we see David and Allen both writing Lucien’s college essays for him, since he seems to not have any real talent of his own. Through this time, the four writers hit the town in a drug induced stupor, which Krokidas shows perfectly in a series of slow motion shots, with a fantasy element to it. And these drug-fueled nights send Allen banging at the keyboard, even pleasuring himself while he is writing. 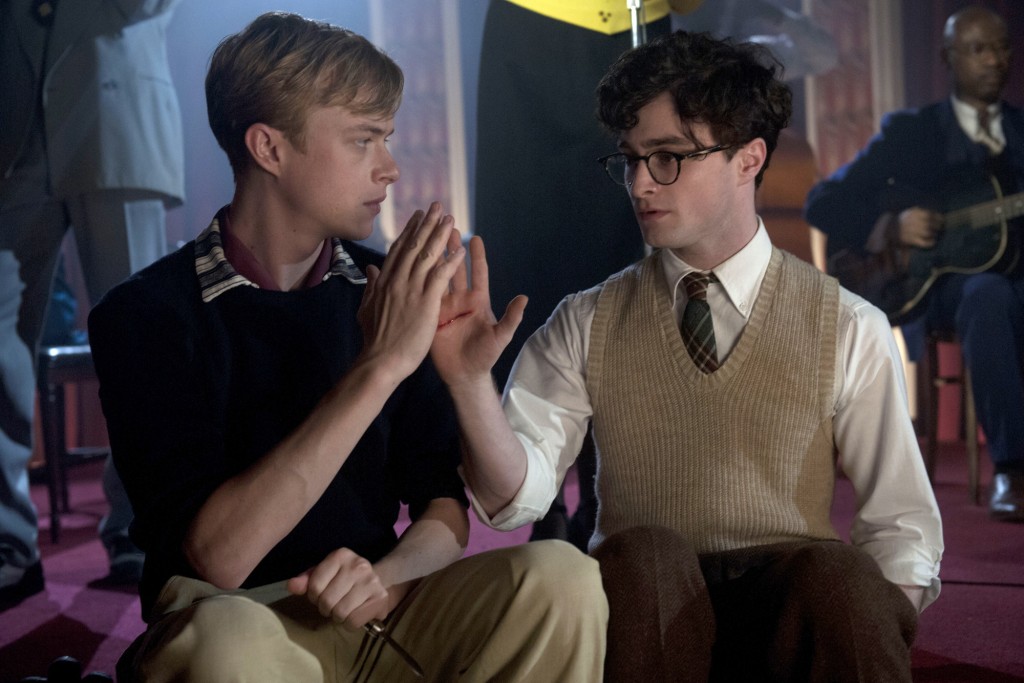 Also, Krokidas flawlessly constructs a sequence that coincides with the Riverside Park murder of Kammerer, as we see each character go through something similar. One of which has the famous of wizard of Hogwarts ankles to ears in a compromising situation. But not only is this a movie about a murder, but about some of the most famous authors of our time, finding out who they are and who eventually they set out to be. It sure is one hell of a coming of age movie.

The actors all turn in amazing performances here with Radcliffe and DeHaan shining over the rest of them, as they have much more to work with. DeHaan gives Lucien so much magnetism and charm, that it’s hard not to like him, even though we shouldn’t. And we just want Allen to make the right decisions as Radcliffe always thinks twice about each choice he makes. I’m sure the talent that rounds out ‘Kill Your Darlings‘ will gain some box office money, and it deserves it rightfully so.