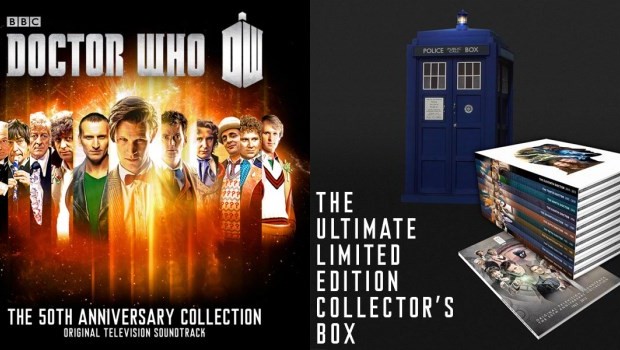 As some of you may know (and, if you’re like me, are excited about), Doctor Who is celebrating their 50th Anniversary this month (10 DAYS from now!!). Companies around the globe are celebrating the big event with some special releases, and the newest announcement is from Silva Screen Records. They announced today that they will offer a 4 disc CD set encompassing music heard throughout the 50 years and 11 Doctors of the show.  They will also be releasing an 11(!!) disc CD set, one disc for each of our Doctors. The discs will be housed in a T.A.R.D.I.S. specially made for the release, and will be very limited, and, I’m sure, highly collectable.

The CDs will include many pieces that have never been released before and feature composers such as Ron Grainer, Delia Derbyshire, Dudley Simpson, Paddy Kingsland, Mark Ayres, and Murray Gold. The track lists and release dates will be announced soon.

If you want to stay up to date on the info, including prices, and when and where to preorder, visit www.doctorwhomusic.com and sign up for the newsletter. You can also follow them on Facebook and check out the other Doctor Who goods and shows they carry at www.silvascreen.com 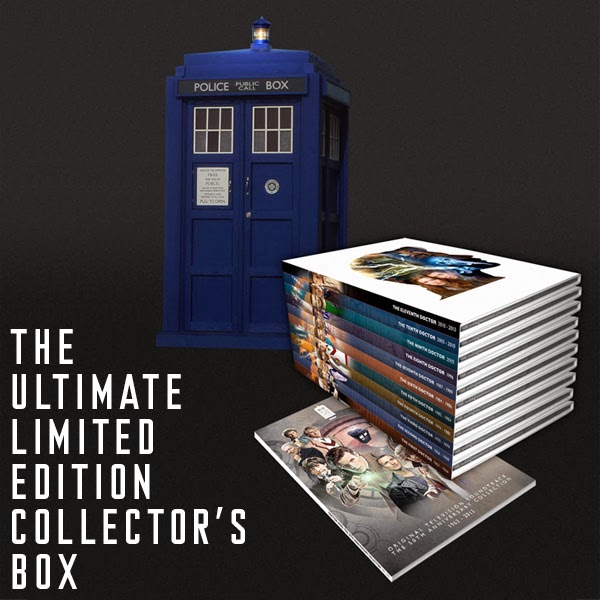