‘Wilfred’ Renewed for Fourth and Final Season on FXX!! 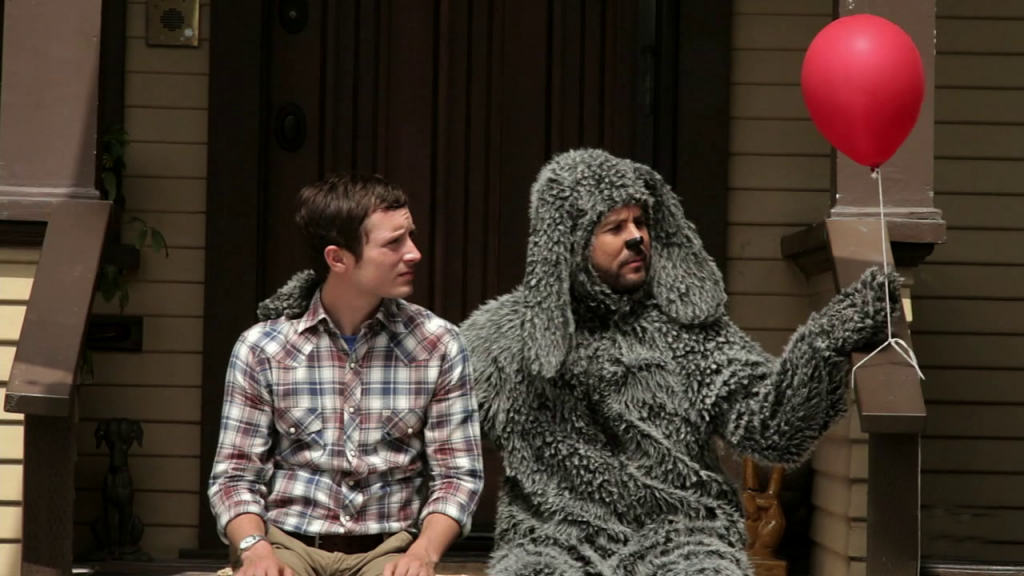 If you’re a Wilfred fan, get ready for a fourth season on FXX. If you’re not a Wilfred fan, get ready for everyone to shut up about it, as the fourth season will be it’s final. Who would have thought a series about a pot-smoking dog (Jason Gann) that appears as a human in a dog costume would have three seasons to begin with? Elijah Wood has played Ryan, the only person that can see his neighbor’s dog as a full grown man in a dog suit. I’m depressive and I don’t see that…maybe it’s the manic side that brings it out?

Either way, the show is moving to FXX following a low-rated third season which saw David Zuckerman take to Twitter to appeal to fans to watch the series live. Zuckerman developed the adaptation and served as showrunner for the first two seasons, and is returning to oversee the daily operation for the Fourth season. Zuckerman joins the current team of Reed Agnew and Eli Jorne that gave us season 3.

Wilfred returns for only 10 episodes this time, their usual is 13.  Their viewer numbers were down considerably at the conclusion of the third season with 580,000. Compare that to the Season two average of 1.16 million total viewers and you can see their concern. Maybe Zuckerman can bring his magic back to the final season. Maybe FXX and their younger demographic of adults from 18-34 will make a difference, as well. The show joins the lineup already in place that includes hits like It’s Always Sunny in Philadelphia, Legit, The league and talk show Totally Biased with W. Kamau Bell. Hopefully for the FX/FXX networks, if Wilfred’s final season proves successful, this will give them the ground work to grow their original series programming from 13 to 25 over the next couple of years.

If you’re worried about not seeing enough humans-dressed-as-animals in your viewing future, rest easy. Kevin Smith is preparing to bring us Tusk, which features an adult in a walrus suit. If mental illness really presents itself as seeing adults in animal suits, maybe I’ll stop taking some of my meds and embrace the full on crazy that is, clearly, entertaining as hell.