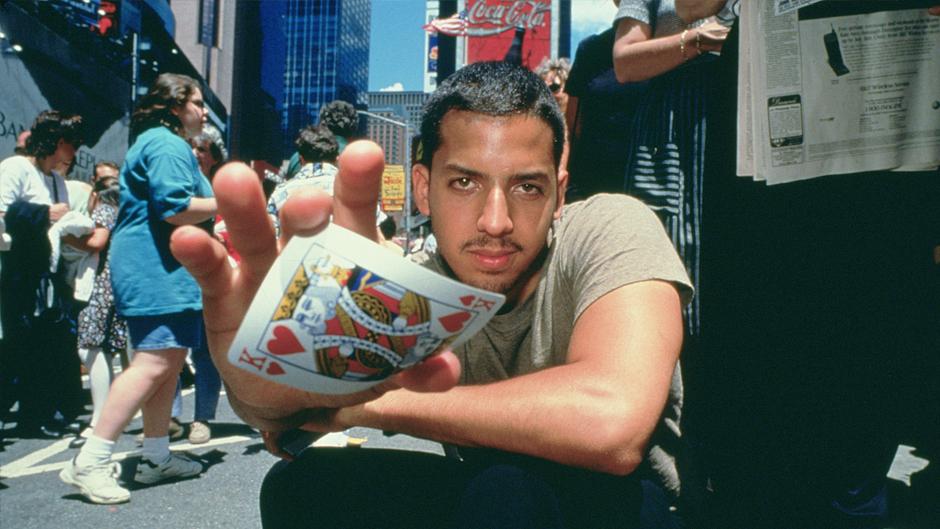 There are certain types of entertainment where you can have several favorites. You can listen to multiple bands that fit into the same genre. But when it comes to performance magic, I believe you’re either a Copperfield or a David Blaine fan. Personally, I’m a David Copperfield girl, not the tortured waif. Yes, the one with the hair and the face. Him. So, I never jumped on the whole David Blaine band wagon. After all, there are only so many ‘David’s’ a girl can love.  While David Tennant takes up most of my space, David Copperfield occupies a portion. Anyhow, as I was saying.

David Blaine has spent six years visualizing a concept that he took his time with over the past year in production to bring to the small screen in November. ABC has announced a 90 minute special to air during November sweeps, David Blaine: Real or Magic. This small screen venture will feature Blaine performing for celebrities Ricky Gervais, Woody Allen, Robert De Niro, Katy Perry, Stephen Hawking and former President George W. Bush.

“I went after all of the people that I loved the most and surprised them and did magic in places that I knew people would understand that I couldn’t have staged or set up or had people pretending,” Blaine said to The Hollywood Reporter.  “I wanted it to all be believable and went after people you never could get to pretend. I combined that with going into the streets and encountering all different people to do magic nonstop.” Blaine doesn’t use a specific stage or props. Instead, he uses intimate locations such as the homes and kitchens of stars like Harrison Ford, Olivia Wilde and Kanye West.

This is the first all-magic special Blaine has given fans since he took a break in 1999, focusing on stunts, since then.  “It’s the most magic I’ve ever put into one show,” he noted. “It took me six years to figure this one out and I’ve been slowly assembling it over the past year and worked nonstop to make this the best I could.”  Blaine tells of having to clear the Secret Service and work his way in to gain an audience with Bush. “Most of the people, it was me negotiating private parties — I owe lots of people lots of performances for the rest of my life,” he jokes.

This show is created in a way that the viewer can figure out what’s real and what’s magic based because of the combination of all different kinds of magic featured. “There’s things that I traveled to Africa to learn and you see that process when I come back and perform it in front of Woody Allen, Robert De Niro and guys like that,” he revealed. “There are new things that only a few people in the world can do.” Blaine explains that going into homes helps influence the point that what people are seeing is real. “There are crazy moments from doing things that doctors don’t believe are happening while they’re watching it in front of their eyes — and I do that in people’s kitchens and homes, places you really shouldn’t.”

The special will incorporate not only rare displays, but close-up magic with playing cards and ordinary items.  “There’s no weird props; everything is what exists in the place as is — it’s stuff I can do anywhere, any time. It’s not TV magic, it’s real magic.” Emmy-winning director, Matthew Akers brings us David Blaine: Real or Magic, and Blaine serves as executive producer. Even with as much as I prefer David Copperfield, I’m looking forward to seeing this. Magic is a seductive mistress and I’ve always been enchanted by her. Maybe seeing his performances in “real” locations like stars’ homes, will win me over to his side, somewhat. Maybe.