The Weinstein’s Pick Up ‘Macbeth’ With Michael Fassbender And Marion Cotillard!! 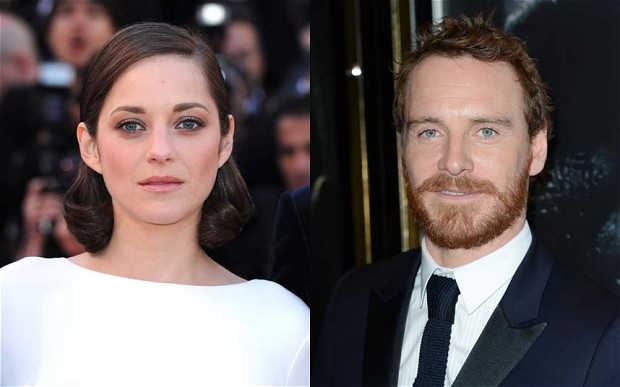 The Weinstein Company has purchased the big screen adaptation of Shakespeare’s Macbeth from Studiocanal. The heart-breakingly gorgeous Michael Fassbender, younger Erik Lehnsherr/Magneto from X-Men: First Class and the upcoming X-Men: Days of Future Past is cast as the titular Macbeth. Marion Cotillard has signed on to play Lady Macbeth. Cotillard is fairly well known for playing Billie Frechette opposite Johnny Depp’s Dillinger in Public Enemies. She also recently, and most notably, played Talia al Ghul in The Dark Knight Rises. I first realized her star power when I saw her Ridley Scott’s A Good Year playing opposite Russell Crowe.

Justin Kurzel (The Snowtown Murders) is slated to direct a script written by Jacob Koskoff and Todd Louiso (The Marc Pease Experience). Looking at the experience attached to the writing and directing team, it’s safe to say this is a fairly novice venture. Hopefully, this will be a great piece that can give their talents some real merit.

The story follows General Macbeth as he strives to make the prophecy foreseen by three witches, come to fruition. His wife, Lady Macbeth, pushes him forward since she believes in the witches prophecy wholly and can’t wait for her husband to be King. Listen, if you don’t know this story, you should have paid attention in AP English…then again, if you don’t know the deets of Macbeth, you probably were NOT in AP English.

Regardless of your English score we can agree on the fact that they’ve got an excellent base for a potentially great movie.Olivier Courson, Studiocanal Chairman and CEO, said “I’m delighted to team up with The Weinstein Company again who are the perfect home for domestic distribution of this high profile film.”

Said TWC Co-Chairman Harvey Weinstein: “Adapting a Shakespeare work like MACBETH takes the ability to infuse timeless tales with originality, while at the same time preserving what makes it classic to begin with. We are excited to be working with See-Saw, the entire filmmaking team, and Studiocanal along with Michael and Marion, who are some of the most daring, profound actors of the moment.”

There is nothing quite like hearing a classic Shakespeare language spoken by good looking people. Mel Gibson, Patrick Stewart and David Tennant all did it in Hamlet, Ewan McGregor and Tom Hiddleston did it in Othello, and don’t forget about Leonardo DiCaprio, Claire Danes and John Leguizamo showing their linguistic skills in Romeo and Juliet.