The Multi-Media Men ‘Best Director of All Time’ Bracket!!! 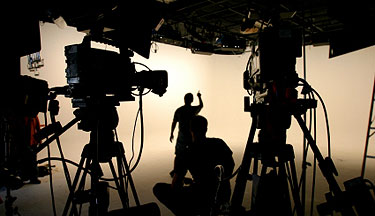 We here at the ‘Multi-Media Men’ podcast headquarters have decided to develop a fun segment in the form of a NCAA bracket. But instead of sports teams, we will be giving you brackets throughout the year related to films, tv shows, video games, and comics. The first bracket we have unveiled is the ‘Best Director of All Time’ bracket. It is set up the exact same way as a NCCA tourney bracket, but instead of teams, we have directors.

Each week, the members of ‘The Multi-Media Men’ will be narrowing down the list until we have a winner. We will carefully go over each filmmaker’s movies and decide by way of vote who advances to the next round with a majority rule. We would love for you all to play along with us and send us comments, videos, messages on who you think should advance and win each round.

We look forward to playing this bracket with you. Please download and print the bracket below to play.

5 thoughts on “The Multi-Media Men ‘Best Director of All Time’ Bracket!!!”