The ‘300: Rise of An Empire’ International Trailer Kicks All Sorts of Ass!!! 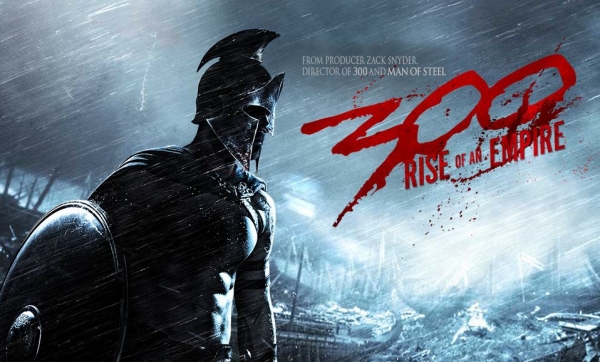 Well, we’re finally getting a sequel to ‘300‘. The title is of course ‘300: Rise of an Empire‘ and brings back Lena Headey as Queen Gorgo and Rodrigo Santoro as Xerxes. Eva Green will play Artemisia and Sullivan Stapleton will play Themistocles. This trailer is all sorts of cool as it transitions nicely from the original ‘300’ film and features a thrilling speech from Gorgo. I cannot wait.

Official Synopsis: Based on Frank Miller’s latest graphic novel Xerxes, and told in the breathtaking visual style of the blockbuster “300,” this new chapter of the epic saga takes the action to a fresh battlefield—on the sea—as Greek general Themistokles attempts to unite all of Greece by leading the charge that will change the course of the war. “300: Rise of an Empire” pits Themistokles against the massive invading Persian forces led by mortal-turned-god Xerxes, and Artemisia, vengeful commander of the Persian navy.

The film will debut on March 7th, 2014.  Enjoy the AWESOME trailer below.