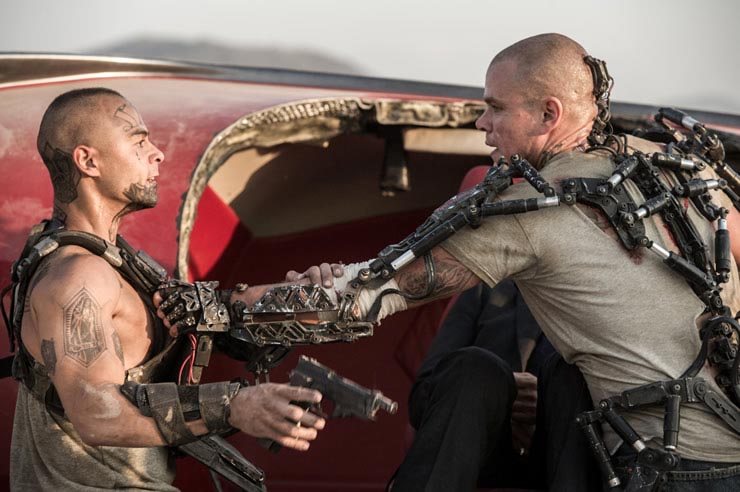 Neill Blomkamp soon became one of my favorite directors with his 2009 political sci-fi film ‘District 9‘. He had Peter Jackson in his corner and created a realistic world infested with aliens. The special effects blew everyone away. Not too mention it put actor Sharlto Copley on the map. The story, acting, and action in ‘District 9’ was nothing short of excellent. However, with Blomkamp’s second feature film ‘Elysium‘, the same cannot be said. While the sci-fi flick has some good moments, most of the film is wasted with lackluster acting and storytelling.

Besides a few decent fight scenes and some amazing special effects, ‘Elysium‘ loses interest fast and fails to be a fun and entertaining sci-fi film. Sure, we get Blomkamp is sending out a political message of free universal healthcare and the wrongs of a class system, but there are better ways to tell that story.