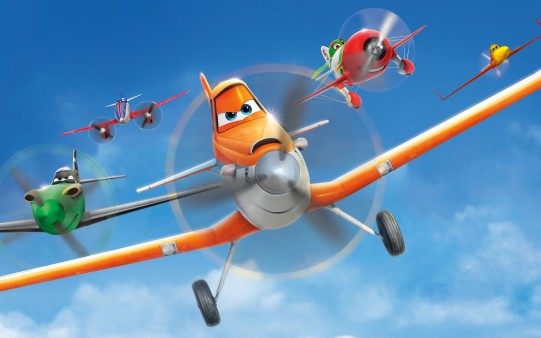 With the same look and animation as ‘Cars‘, that even takes place in the same world as it says on screen, Pixar’s name does not appear anywhere on screen. This little animated film was set for a straight-to-home-video release, but the powers that be decided they could make much more money in toy sales with a theatrical run, which seems to be the only driving force in this sub-par film. I expect a decent box office gross, but its blandness might make it suffer when it is actually released on home video.

Sure there are some aviation references and some cute moments here and there, but overall, ‘Planes‘ is just for the kids and is only a mere attempt to get you to buy toys. Voice acting is sub-par as well here, with Julia Louise Dreyfuss, Sinbad, and Carlos Alazraqui giving the better of the voice performances.