Check Out The Amazing New Trailer for ‘The Hobbit: The Desolation of Smaug’!!! 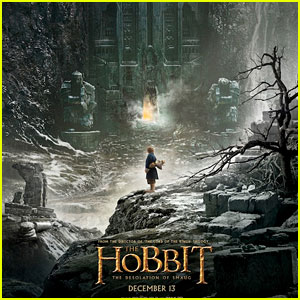 We are halfway there, folks. Peter Jackson’s middle sequel in his Hobbit series is coming out December 13th from Warner Bros. and it looks amazing. Here is your first look at the film, which we get to see full on, the dragon known as Smaug, which is voiced by Benedict Cumberbatch. I enjoyed the first film, but felt like there was something lacking from it, as you can read HERE. This looks intense and much better thatn ‘An Unexpected Journey‘. I can’t wait.

Official synopsis: The second in a trilogy of films adapting the enduringly popular masterpiece The Hobbit, by J.R.R. Tolkien, The Hobbit: The Desolation of Smaug continues the adventure of the title character Bilbo Baggins (Martin Freeman) as he journeys with the Wizard Gandalf (Ian McKellan) and thirteen Dwarves, led by Thorin Oakenshield (Richard Armitage) on an epic quest to reclaim the lost Dwarf Kingdom of Erebor. Enjoy the Trailer!