Sink Your Claws into a New Trailer for ‘The Wolverine’!! 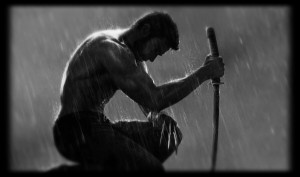 Here is a Japanese trailer for the upcoming ‘Wolverine‘ film titled ‘The Wolverine‘. It showcases a tiny bit of new footage that we haven’t seen from previous trailers. This looks loads better than the previous ‘Wolverine‘ effort already. James Mangold is directing this sequel, which is not as appetizing as Darren Aronofsky directing, but that is long in the past. Mangold did ‘3:10 to Yuma‘, which was great, so let’s hope for something that spectacular, but Wolvy Berserk style. Snikt!

Synopsis: Hugh Jackman returns as Wolverine in this sequel to the member of the X-Men’s first solo outing. Mark Bomback and The Usual Suspects’ Christopher McQuarrie penned the script, which takes its inspiration from the Chris Claremont/Frank Miller Marvel miniseries from the 1980s dealing with the character’s adventures in Japan as he fights ninjas in the ceremonial garb of the samurai.