There is Going To Be An Uncle Ruckus Live Action Film!!! 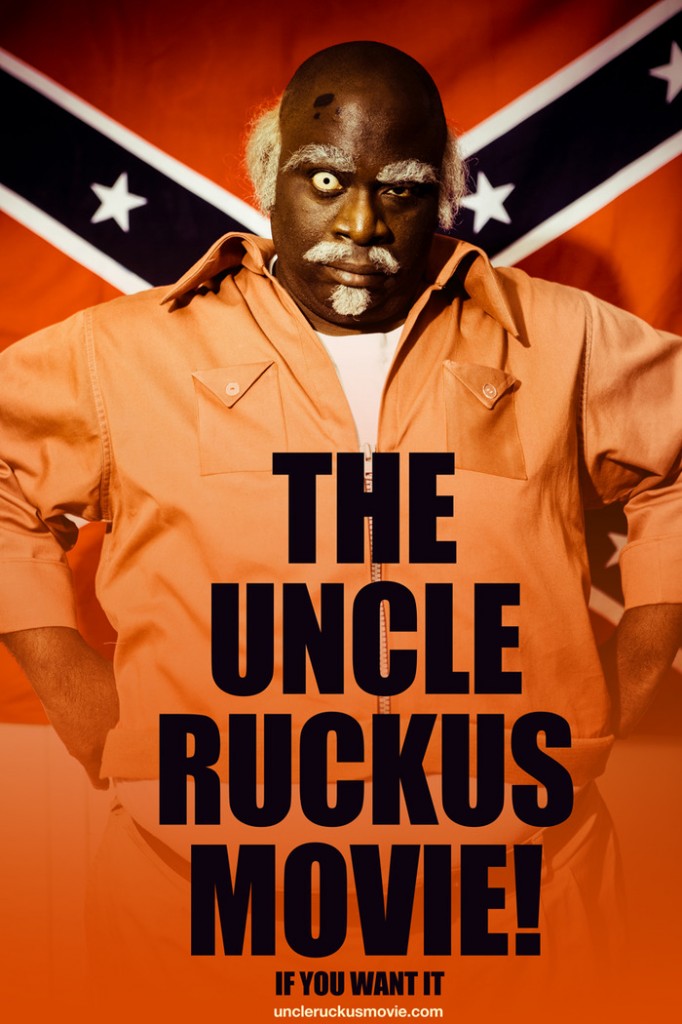 Good news, everyone!  Aaron McGruder is making a live action version of his hilarious and hit cartoon series ‘The Boondocks’, which will center around Uncle Ruckus, who is one of the funniest characters ever to grace a screen. McGruder will write and direct this project if it gets the greenlight and plans on being an R rated comedy for the silver screen. Oh man, if Uncle Ruckus graces the big screen across America, I’ll be the happiest guy in America. Right now, the project has a Kickstarter Fundraising campaign to help fund the film.

The guy who voices and will play the live-action Uncle Ruckus, recently went to an NCAAP event to raise awareness of the project and the results were amazingly hilarious, as you can see below.  I really hope this comes to light, and I hope we get a nother season of ‘The Boondocks’.  That show really was incredible.

WHO IS UNCLE RUCKUS?!

Those of you familiar with THE BOONDOCKS already know who Uncle Ruckus is. He’s the hard-working, slur-spitting handyman you love to hate. If you’re not familiar with Uncle Ruckus, it’s difficult to even describe him without violating Kickstarter’s hate speech policy.

If you do know who Uncle Ruckus is, you either really love him or really hate him. But if you’ve made it this far, you probably love him like we do. This is your movie.

To that end, we are raising funds for an R-rated theatrical comedy featuring Uncle Ruckus, to be produced this year. The movie will be written and directed by AARON MCGRUDER, and stars GARY ANTHONY WILLIAMS – who does the voice of Uncle Ruckus on the animated series. The story, which is currently being written,  will not involve any of the other regular BOONDOCKS characters, but rather explore a part of the Ruckus family not seen in the show. 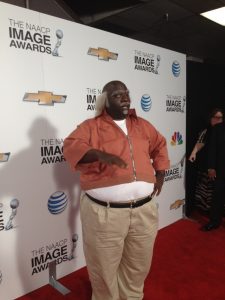 From our PRODUCTION BLOG (Coming soon):

“There’s always been interest in a live-action Boondocks movie, which to me was out of the question considering Huey and Riley are essentially impossible to cast. The animated feature would cost around 20 million, but a live action Uncle Ruckus movie could cost a fraction of that. So just for the hell of it we had the costume made and it was pretty amazing. To see Gary actually transform into Uncle Ruckus… it’s quite the surreal experience.  I never expected the transition to be so completely seamless.”

First, because SONY (who produces THE BOONDOCKS animated series) is not involved with this project in any way. In fact, there are no investors, corporate or otherwise, involved with the movie as of this moment. This whole thing is kind of an odd idea, so we’re starting with Kickstarter on this one and we’ll just see what happens.

Crowd funding, however, is a big deal. It represents an entirely new relationship between fan and creator. It also represents a new financial model for making stuff, and that’s exciting.

Uncle Ruckus has a lot of supporters out there. If they want this to happen, they can make it happen. 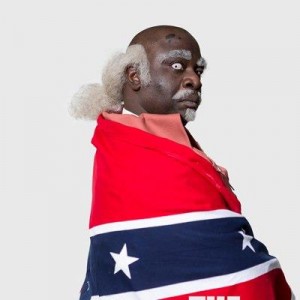 Like any fundraiser, Kickstarter works by selling fans something they would actually want, and using that money to fund projects. If you’re not into giving away money, you can think of it more like a purchase. With Kickstarter, if we don’t reach our money goal in time, you don’t get charged and basically nothing happens. If we do reach our financial goals, you get the stuff you paid for.

If this is your first exposure to Kickstarter, I know, it sounds crazy. But people keep telling me it works so I’m going with it.

PRE ORDER THE DVD, KINDA!Kickstarter allows donations from one dollar to ten thousand dollars. For most people, the best bet is our CLINT EASTWOOD rank (our reward levels are named after great white Americans). You’ll receive a DVD of the movie when released on home video. There are music downloads, T-shirts, all types of Ruckus related goodies for those of you unafraid to publically express your support for such an awful human being.

The money we are raising represents partial funding for the film, so the first challenge is to raise the rest of the money. Obviously, if we exceed our fundraising goals, this may not be an issue, but this is the first hurdle we have to clear if this campaign is successful.

After that, the project faces all of the normal challenges that go along with production – which are too numerous and unpredictable to delineate here. Movie-making is a messy, chaotic business. Delays caused by issues with collaborators, unforeseen additional filming, technical issues, actors getting arrested for something ridiculous – are all issues we’ve faced in the past and will likely continue to face. Backers will be kept up-to-date on progress through our production blog. If something goes terribly wrong, you’ll be the first to know.

If for some reason we reach our Kickstarter goals, but still fail to actually get the movie off the ground, the following will happen:

An Uncle Ruckus mockumentary UNCLE RUCKUS SAVES AMERICA will be produced in place of THE UNCLE RUCKUS MOVIE, allowing all of the rewards to remain unaffected.

Please back the Uncle Ruckus Movie. Then be very ashamed of yourself.