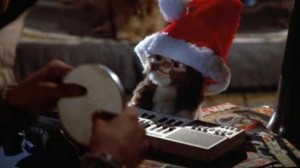 Warner Bros. is currently negotiating with Steven Spielberg’s Amblin Entertainment to remake ‘Gremlins‘.  Over the past several years, studios have tried to get a reboot green lit, but nothing has ever panned out, mostly due to financials and the rights to the film.  Plus, we hear that Spielberg might not want to let it go without his named attached to the project.  So what makes this time different from the rest of the past negotiations?

Well, according to Vulture, sources close to the project have said everything is very close to making this reboot set in stone and just might actually strike a deal.  Spielberg wouldn’t direct it, however he would be a producer, just like he was in the original 1984 film, which Joe Dante directed.  We expect to hear more about this remake in the coming days so we will update you as soon as possible, but the possibility of a ‘Gremlins’ remake definitely has me intrigued.

Whom ever they get to direct, I hope they keep the horror/comedy angle just like it was in the 80s.  ‘Gremlins‘ had a perfect mix of the two genres.  It was genuinely scary with some really funny moments.  Plus, I think Gizmo deserves another big screen debut.  Your thoughts?