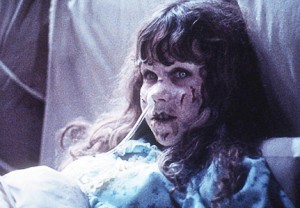 Joel Silver left the WB a little while ago, and his first project he is gearing up is called ‘Sanctuary’.  The film will be at Paramount Pictures and is being referred to as a super-natural action picture.  ‘Sanctuary’ centers on a young woman who is possessed by a very powerful demonic force as she seeks refuge within a Vatican-run secret organization that teaches possessed people to channel the demon and use its power against other evil.  This organization is called ‘Sanctuary’.

We hear that it will be a mix between ‘Wanted’ and ‘Blade’.  This actually sounds kind of cool.  ‘Sanctuary’ is being written by Alan Trezza, who looks like newcomer to the scene with Joel Silver producing according to Deadline.  This sounds a little like ‘The Exorcist’, but have the possessed girl use her possession for good to fight monsters.  This is a story I can get behind.  Now we just need a new Blade film once Snipes is out.