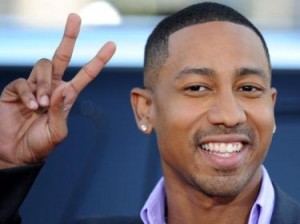 You know that ‘Beverly Hills Cop’ tv series we have been talking about for a while now?  Well, things are heading in the right direction, because today they just found its main star.  Brandon T. Jackson is set to star in the reboot of ‘Beverly Hills Cop’ for CBS.  Now before you start judging in a negative way, let me tell you that the showrunner is Shawn Ryan.  Yes, that Shawn Ryan, the guy responsible for ‘The Shield’.

This project has already received a commitment for a pilot episode, and once and if audiences enjoy it, it will go to series.  As we’ve said before, this series is a sequel to the last three films and follows the cases and adventures of Detroit detective Axel Foley, which will be played by Eddie Murphy who has re-located to Los Angeles. But, instead of centering on Axel himself, it will follow his son Aaron (Jackson), who helps solve crimes and take down bad guys of the Beverly Hills.

We hear that Murphy actually suggested Jackson for the role as he is a fan of his work and stand-up.  So far, no word on if Judge Reinhold will reprise his role as Axel’s friend, Billy.  Jackson starred in ‘Tropic Thunder’ alongside Ben Stiller, Robert Downey Jr., and Jack Black.  Hopefully this makes a good series.