Check out the International Trailer for ‘Les Miserables’!!! 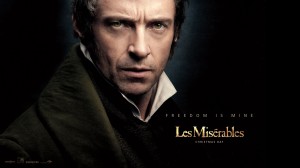 Here is a great trailer for the up coming ‘Les Miserables’ film, which opens on Christmas this year.  Plus, you can hear Russell Crowe singing as Javert.  Sadly it’s not the ‘Makin’ movies, Makin’ songs, and Foightin’ round the world‘ song.  Set against the backdrop of 19th-century France, Les Misérables tells an enthralling story of broken dreams and unrequited love, passion, sacrifice and redemption-a timeless testament to the survival of the human spirit. Jackman plays ex-prisoner Jean Valjean, hunted for decades by the ruthless policeman Javert (Crowe) after he breaks parole.