That ‘Scarface’ Reboot Has A New Writer!!! 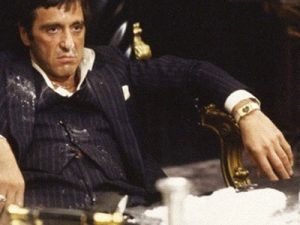 Remember that ‘Scarface’ reboot, remake, or whatever you want to call it, we have been talking about for a while?  Click HERE to refresh your memory. Well it looks like writer Paul Attanasio has been tapped to rewrite the script for the reboot from the original draft by David Ayer.  This decision was made by producers Marc Shmuger and Martin Bregman according to Deadline.  Attanasio’s credits include ‘Donnie Brasco’, ‘Quiz Show’, and the tv series ‘House’. Pacino was in ‘Donnie Brasco’.

No, this is not a total remake as we have discussed before, nor is this a sequel.  Don’t forget the 1983 ‘Scarface’ with Pacino was actually a reboot from a 1932 film.  What Universal plans on doing is to put a modern spin on the film, much like they did in 1983.  So, the two previous films have a few things in common as I imagine this new version will be.

The last two films both had outsiders or immigrants that come to America and start with nothing and work their way up to some ruthless version of the American Dream by way of drugs and or  brutal violence.  So far, the producers and the studio are keeping the specifics of this new film under wraps, as far as the nationality and what will be involved.

Most people will compare this to the 1983 version, which you can’t.  I needs to stand on its own.  But I will say, it’s going to be very difficult to top Pacino, Pfeiffer, and Bauer.  And hopefully we will all get to say hello to another little friend.