The Director of ‘Donnie Darko’ Casts Nic Cage In His Next Film!!! 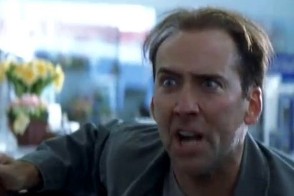 Richard Kelly, the director of ‘Donnie Darko’ and ‘The Southland Tales’ has a new film in the works.  It’s titled ‘Amicus’ and will star Nic Cage as Rodney Smolla.  This film is a true-crime story and follows Smolla as he was one of the most influential First Amendment scholars of the past twenty years.

The film should start filming in January in Atlanta.  “Spanning 25 years, indie pic is based on the true story of Lawrence Horn, a former record producer and Motown Records exec who is currently serving a life sentence in prison for hiring Detroit-based hit man James Perry to murder his wife, quadriplegic son and the wealthy family’s overnight nurse at their suburban home in Silver Spring, Maryland.”

“Horn’s son was the victim of medical malpractice and as the result of a subsequent lawsuit, had a trust worth nearly $2 million, which his father stood to inherit in the wake of his death. Detectives discovered that Perry, who was sentenced to death in 1995 for the brutal crime, used how-to book “Hit Man: A Technical Manual for Independent Contractors” as a guide to execute the murders. The families of the victims went on to file a class-action lawsuit against the Colorado-based publisher Paladin Press.The attorneys representing the families then hired Smolla (Nic Cage), a First Amendment attorney and professor at William & Mary Law School, to consult on the historic case, which took five years to settle amidst a series of shocking and bizarre developments.”  All this according to Variety.

Maybe, this is what Nic Cage needs for his career to get back on track.  And hopefully this will bump Kelly back up on top, since his last movie, ‘The Box’ didn’t do to well.  Can’t wait for this, and can’t wait for a Nic Cage freak out scene.