Check Out The Trailer for the Remake of ‘Gambit’!!! 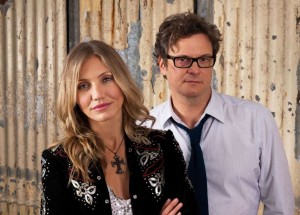 Yet, another trailer for today.  This time it is the remake of the 1966 film ‘Gambit’.  Instead of Michael Caine and Shirley MacLaine, we have Colin Firth and Cameron Diaz.  Don’t fret about Diaz being in the picture, because the Coen Bros. wrote this film.  There is no release date yet set for the US, however it will release in the UK on November 21.

“Colin Firth and Cameron Diaz headline this remake of the 1966 crime caper directed by Michael Hoffman (The Last Station) and written by Joel and Ethan Coen. A British thief (Firth) discovers that no plan is infallible when he recruits a beautiful woman (Diaz) to help him steal a priceless statue from an impossibly wealthy widower (Alan Rickman). Despite the fact that his pretty accomplice bears an uncanny resemblance to his affluent target’s late wife, things quickly spin out of control once the job gets under way.”  Enjoy the trailer.